In the cinematic universe, the Ford Mustang’s big star turn was of course in the film Bullitt, starring Steve McQueen. However, the model was supposed to play a major part in an earlier movie: the 1964 film Goldfinger, the third in the James Bond series.

Today, this movie is most famous, car-wise, for the debut appearance of the fabled Aston Martin DB5 driven by Bond. You may recall that, at the beginning of the movie, Bond drives the Aston during a car chase involving… a Ford Mustang.

In that scene, Tilly Masterson, played by Tania Mallet, tries to escape from our protagonist on a winding road in the Swiss mountains. Agent 007 catches up to her, of course, and activates a device that pulls a rod out of the DB5's wheels, inflicting a flat tire on the Mustang.

But those with good memory will agree that the Ford Mustang convertible is white. So what is this vehicle, now for sale on the Hemmings website? 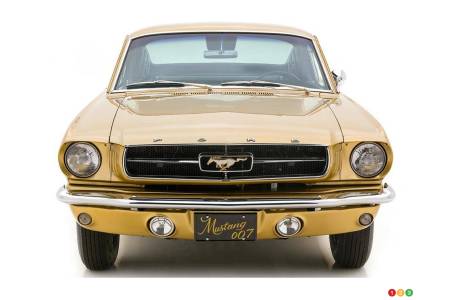 Originally, the producers had an agreement with Ford to use a 1965 Mustang Fastback decked in gold for the movie. The one-off model had a metallic gold paint job, different front spoiler with powerful marker lights and unique wheels with gold accents. The model's also heavily customized inside, getting a truly spectacular two-tone black and gold treatment as well as a custom overhead console with gauges and auxiliary switches. To give it a little more muscle, Ford was to install in the car a 4.7L, 305-hp V8 engine prepared by Carroll Shelby.

Unfortunately, Ford was never able to complete the gold Mustang in time for the movie production, so the white convertible was used instead. 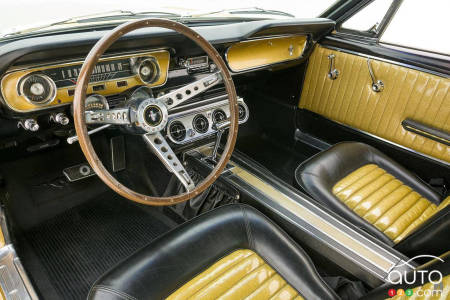 Fortunately, the company didn't give up on building this special version. Once completed, the gold Mustang Fastback was shown at movie-related promotional events before being sold to a Ford employee in Plymouth, Michigan. He eventually passed it on to his son, who used it to compete in drag races – pretty understandable, considering the increased power of the model. The car was then sold in 1988 and restored to its former glory before its current owner acquired it in 2001.

Despite its age, its odometer shows only 22,000 miles, and the car is in excellent condition, having been restored to original specifications. Now, for the first time in decades, the Mustang that should have appeared in Goldfinger is currently for sale, on the Hemmings site. Its price: $139,500 USD.

That's a lot for a relatively common first-generation Mustang, but it has to be one of the rarest on the planet given its features and fascinating Hollywood connection. Tempted? 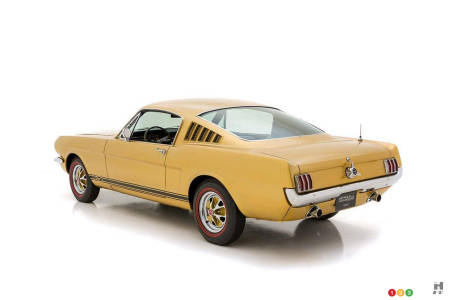 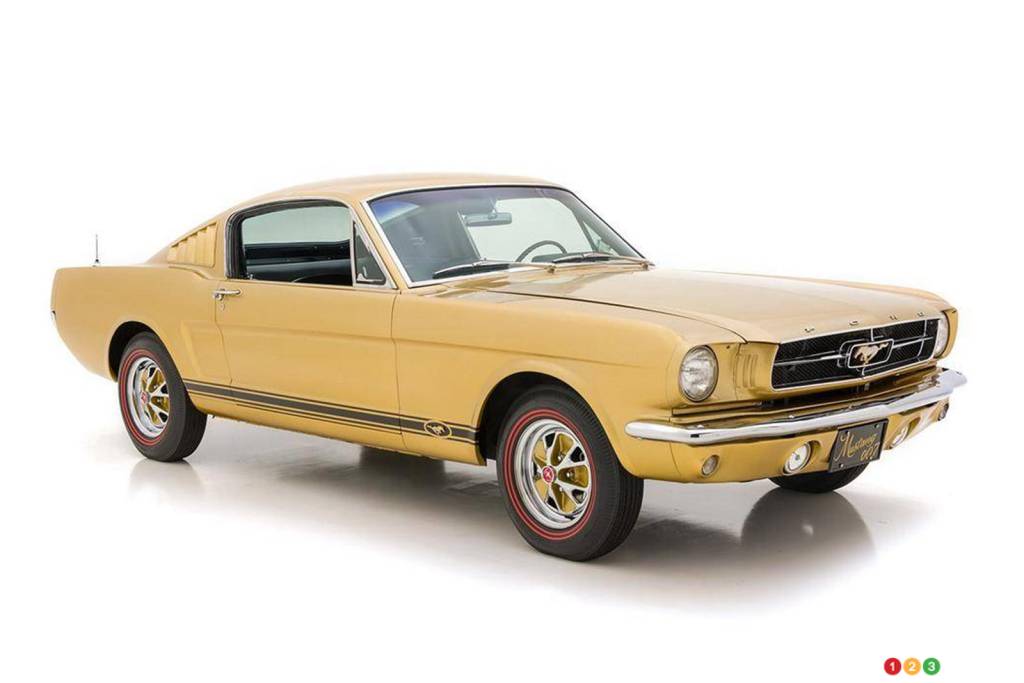 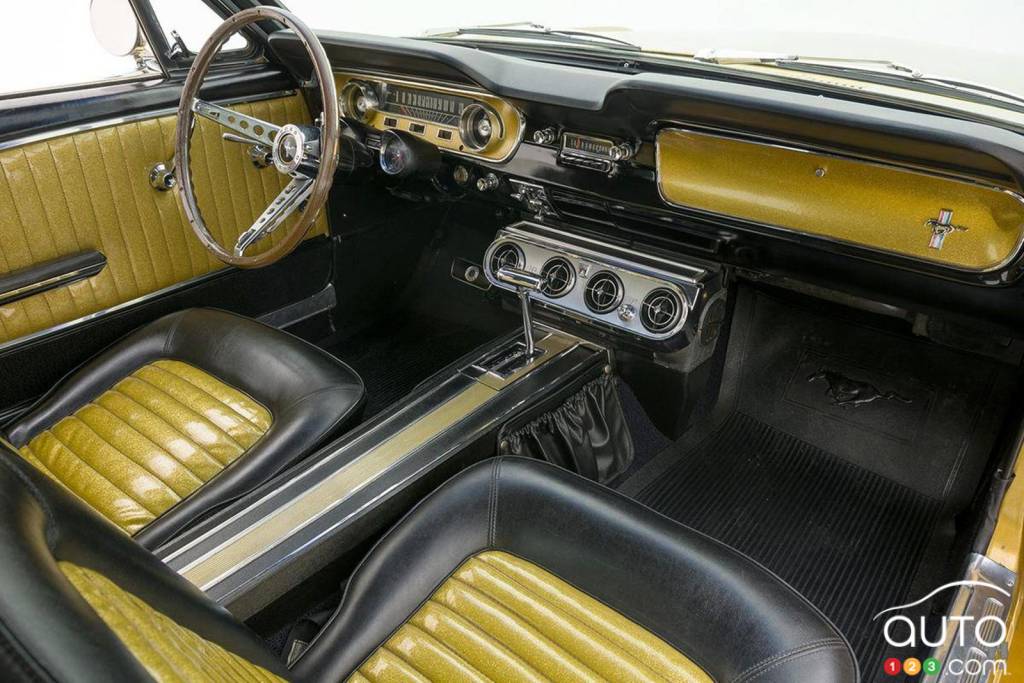 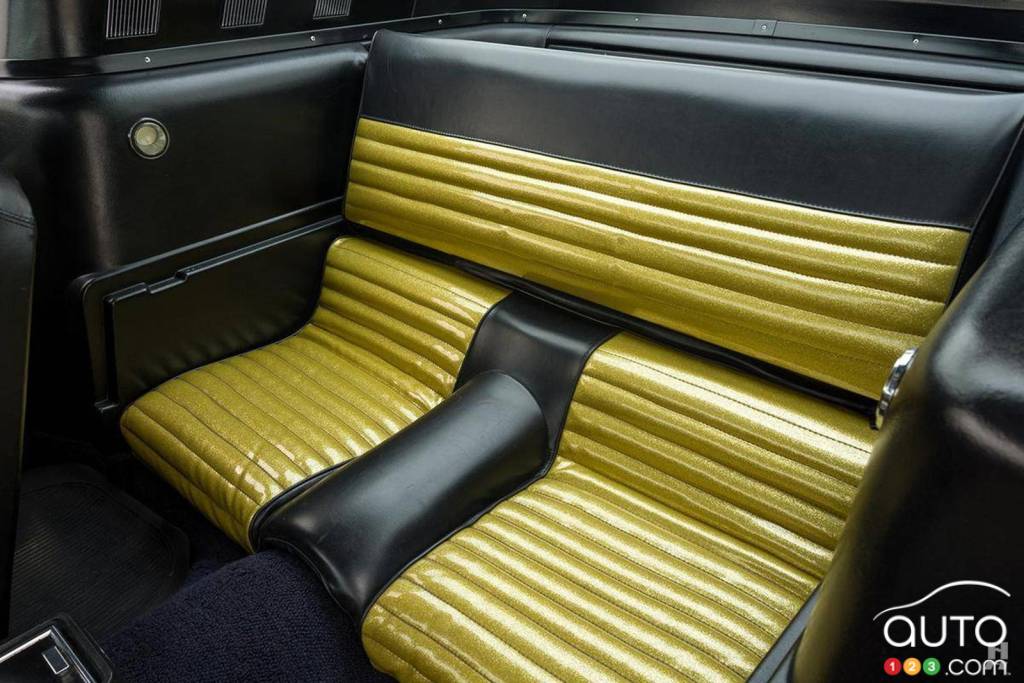 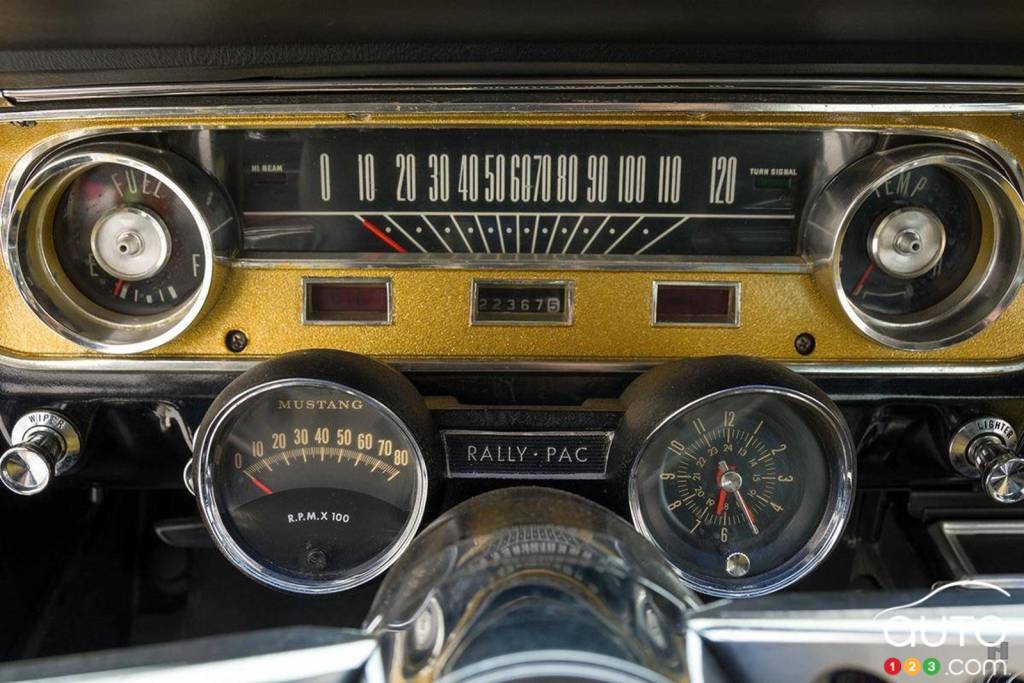 Owner of a 1965 Ford Mustang at 16, Jack Mintz proves that the classic car still has a future. He was recently featured on Jay Leno's Garage along with the c...