Subaru has finally unveiled its long-term electrification plan, and while you can debate whether it’s too aggressive or not aggressive enough, it has the merit of being clear. By the mid-2030s, all Subaru products will be fully electric.

This comes in the wake of the announcement of stricter new standards for polluting emissions, particularly across the European Union, but also in China.

The timeline is expansive - this won't happen overnight - and considering Subaru's relatively small size and more limited resources, it won't happen on its own either. The Japanese firm has a partner in Toyota, which owns 8.7% of its shares. The two automakers are working conjointly on the development of two electric vehicles that should see the light of day in the middle of the decade, and others are sure to follow.

Subaru also announced that by 2030, it wants 40% of its sales worldwide to be electric or hybrid vehicles. 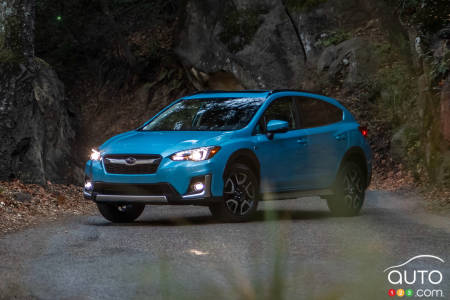 In the meantime, the company is investing heavily to adapt Toyota's hybrid technology to its vehicles. The new Crosstrek PHEV, for example, is the result of this partnership, and another existing Subaru model is being adapted to give the lineup a second hybrid option. Fans of the brand can rest assured, however: the goal is not to give birth to Toyota clones.

"Although we're using Toyota technology, we want to make hybrids that are distinctly Subaru. It's not only about reducing CO2 emissions. We need to further improve vehicle safety and the performance of our all-wheel drive."

That's reassuring for the future. It's one thing for its products to go electric, but Subaru would be shooting itself in the foot if those EVs lose the brand’s main signature, which is the quality of the all-wheel drive system. Subaru’s survival depends on that element.

New York State has confirmed it’s investing $750 million to add 50,000 charging stations on its territory. The announcement, which is good news also for futu...