Tesla’s Model S has gotten along very well without major changes since its debut back in 2012. But now, the California-based automaker is about to give its flagship model a first major makeover; the revised version was presented yesterday in a call with investors.

In addition to announcing the arrival of new Plaid variants that are clearly aimed at fighting back against Porsche's new Taycan, Tesla also showed off the revisions to the styling of its model. On the outside, the changes are pretty minor, and we’re guessing they’ll be mostly reserved for the Plaid variants.

On the inside, however, the changes made are significant. The most striking change is the switch from a vertical to a more horizontal layout of the screen (or TV monitor, more like) of the multimedia system, followed closely by the updated general presentation, noticeably more modern. Thirdly, there's the steering wheel that's been cut in half, with the top part removed.

The new wheel looks futuristic, no doubt about it, but it also feels like maybe we're being quietly prepared for its removal. That's another story, however. In any event, while it’s sharp-looking, we’ll have to see how practical it will actually be. When it comes time to avoid a collision or to perform any emergency manoeuvre, the new design will require serious adaptation. We admit we have doubts we’ll ever see it on a production model. 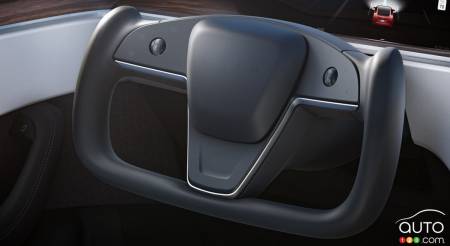 The other interesting element about Tesla's presentation is the announced range of the Plaid+ variant, which is a healthy 837 km.

For those looking for a lot of range and minimal anxiety, that's very attractive. Then, for those who love power, the Plaid models have that covered as well with their three-engine configuration, 1,000-hp total output and 0-100 km/h acceleration time of 2.1 seconds (for the Plaid+ variant).

It's anyone’s guess exactly when the reworked Model S will be available, but you can be sure we’ll hear about it from Tesla when that time approaches. Another thing to expect: more such updates, tweaks and innovations from the automaker as it responds to the arrival of worthy competitors in the coming months and years.

Which is of course great news for consumers. 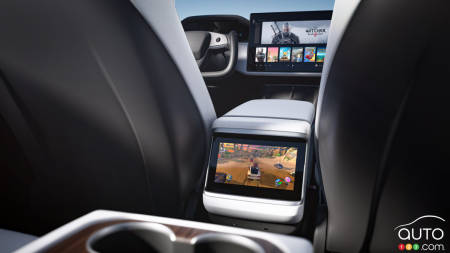 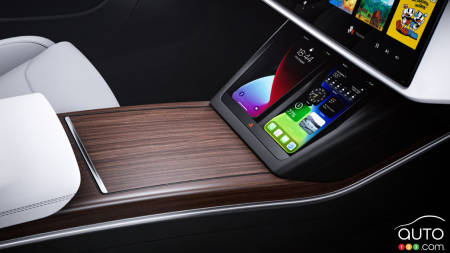 Elon Musk has announced an even more powerful version of the Tesla Model S. The Plaid will generate a whopping 1,100 hp and deliver a range of 837 km.

The 2021 Porsche Taycan Turbo Cross Turismo is a longer, more "rugged" version of the German brand's first electric model. In Europe they call this a "shooti...