We recently had the welcome opportunity to carry out a quick test drive of the Porsche Taycan Turbo Cross Turismo, the extended version of the German brand's electric model (extended not as in range, but stretched).

First of all, let's thank the British for introducing the first "shooting brake", as Europeans call a sporty wagon, in the early 1900s, courtesy Scottish automaker Albion Motors. Aston Martin later took up the torch with the DB5, DB6 and DBS, among others. Several European manufacturers have also been inspired to create performance-oriented wagons. The Volvo 1800 and BMW Z3 coupe are just two examples. Some like them, some don’t, but we dare you to argue that this vehicle format is anything but stylish.

Introduced in 2020, the so-called “regular” Taycan is of course Porsche's much-ballyhooed first all-electric vehicle. Suffice to say, it’s been a successful enterprise for the German carmaker so far. As is its wont, Porsche then decided to expand the offering, both figuratively and literally. The automaker had already done it with the Panamera, introducing for the 2021 model-year a Cross Turismo version. Like that variant, this Cross Turismo is a “shooting brake” version of the Taycan sedan, and the result is really pleasant to the eye. 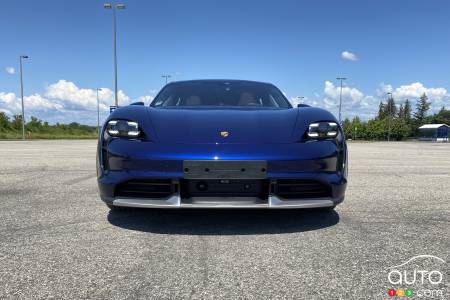 About the Taycan Turbo Cross Turismo
With this version of the Taycan, Porsche certainly had in mind to offer more off-road capability. And so there’s a Terrain/Gravel button located at the bottom of the lower centre screen. It must be said that inside, this button is the clue that you can safely take this Porsche off the asphalt onto more adventurous ground.

That said, only 20 mm separates the two Taycans in terms of ground clearance. That may not be much, but having driven the classic version a few weeks before, we can tell you that those extra 20 mm gave us more confidence, never mind for off-roading, just for passing over speed bumps! If you need more, you gain another 10 mm when the Gravel mode is activated.

Other differences
As with the Panamera and its Cross Turismo offspring, Porsche took a Taycan sedan and stretched it backwards to make it longer. Add to this some aesthetic elements to give it more of an off-roader look, a little bit of plastic here and there, a slightly higher chassis height and you have the recipe for a “shooting brake”.

To be clear, there are practical reasons for some of the changes. First, you do gain real space in comparison with the Taycan, and the interior is more practical. In particular, the rear seats are more easily accessible and there’s more room for passengers.

That said, the real gain is in the trunk. Cargo space goes from 366 litres in the sedan version to 405 litres (1,171 litres with the rear seats down) in the Cross Turismo. It should also be noted that this latest version is 11 mm longer than the sedan. It's not much, but it does help, and it also gives the vehicle its distinctive styling. 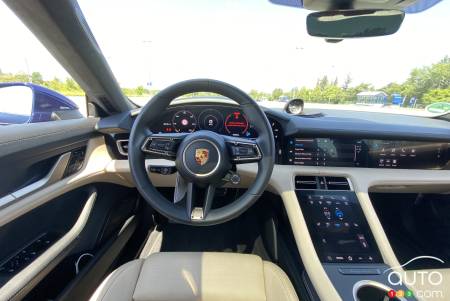 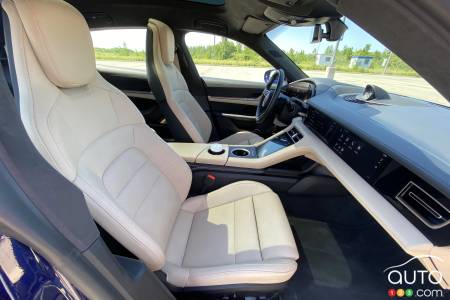 Design, interior equipment
Inside, the atmosphere is very similar to that of the sedan, with everything exuding luxury. A few weeks ago, we tested a so-called “base” version Taycan and the quality of finish was just as high as in this Turbo version. There’s no such thing as a “cheap” Taycan.

The screen in front of the driver can be adjusted. Next, the lower screen of the centre console houses the touch-sensitive climate controls as well as shortcuts for the radio, navigation and tuning system. The upper screen, which displays the navigation, media and various settings, is very easy to use. A fourth screen located in front of the front passenger displays all the controls.

Note that the air vents are encircled by a small touch of rose gold colour and add a layer of discreet luxury to the cabin. A little disappointment, however, is the adjustment of the ventilation direction. While access and temperature selection are easy, changing the air direction is pretty laborious. You have to take your eyes off the road to select the climate control menu on the main console to choose the direction of the ventilation. A small joystick would have done the trick.

Another element that left us perplexed is the push button located on the left side of the steering wheel. This one is used for... actually we didn't really know what it’s there for. Because as soon as you get into the vehicle, it automatically starts up, and when you arrive at your destination, by putting the vehicle on "P", you can get out and lock it. The Taycan turns itself on and off by your very presence (and that of the key) inside the vehicle. Anyways, a bit of research and we had it: the button is essentially used to deactivate the entire system if you wish; just press it for a few seconds. 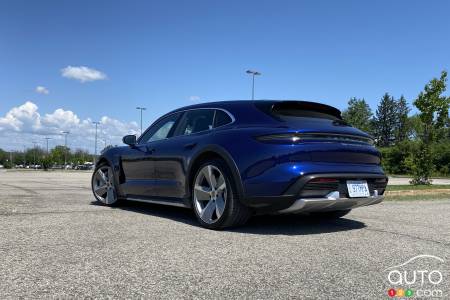 Powertrain(s)
All Cross Turismo variants offered in Canada feature a dual-motor all-wheel-drive system. The Taycan 4 Cross Turismo starts at $119,900, making it the least expensive Taycan in the lineup. This so-called entry-level Taycan Cross Turismo still delivers 469 hp and has a 93.4-KWh battery that gives it a respectable range of about 400 km.

Our tester was the Taycan Turbo Cross Turismo, which retails for $178,000 and delivers a substantial 670 hp (with launch control) and an astronomical 625 lb-ft of torque. Although there's a 750-hp Taycan Turbo S above it in the range, we can tell you that this Turbo version can glue you to your seat in launch control mode, lickety-split. In fact, it can go from 0-100 km/h in just 3.3 seconds. We can only imagine what the Turbo S feels like when you push it.

Range
The Taycan Turbo Cross Turismo EV has a range of between 395 and 452 km according to the manufacturer's data. When we picked up our test vehicle, it was 90-percent charged and displayed a range of 370 km. After driving about 150 km, we wanted to charge it, so we stopped at a 100-kW/h fast charging station; we were able to recover 160 km in about 30 minutes. With a 350-kW/h station, this operation would have taken only a few minutes. Fortunately, these fast-charging stations are becoming increasingly common across the country. 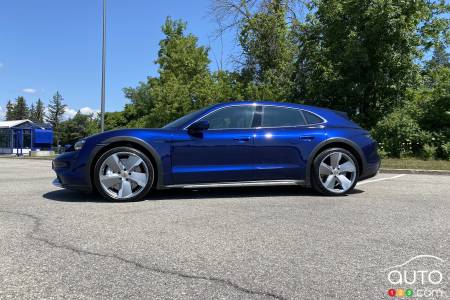 Perfect?
Now for the painful part of the discussion. Namely, this beautiful Porsche Taycan Turbo Cross Turismo has a starting price of $178,000. That's already a lot. Our test model had a big list of options checked off, which brought the total to just over $230,000. We're starting to climb into some pretty rarified air.

And we could feel it, just by the wide-eyed looks of passers-by who recognized our Taycan Cross Turismo. Which wasn’t everybody. It’s easy to confuse the vehicle with the Panamera Cross Turismo. This is perhaps the only reproach we can make to Porsche: seen from behind, the two models look very similar, in terms of the general shape of the vehicle, but also the rear lights, which have almost the same design on both vehicles. If you’re going pay that much for a vehicle, at least make it truly distinct from the other models in the lineup. Especially because in every other respect, this Taycan really is exceptional. 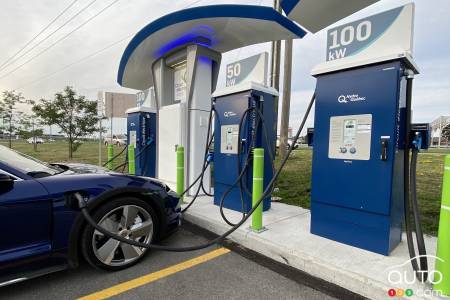 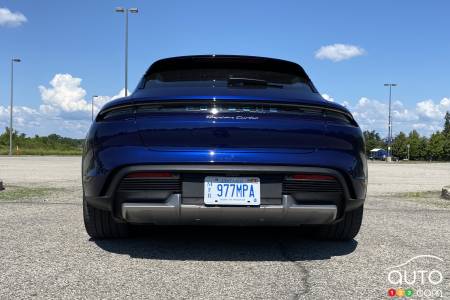 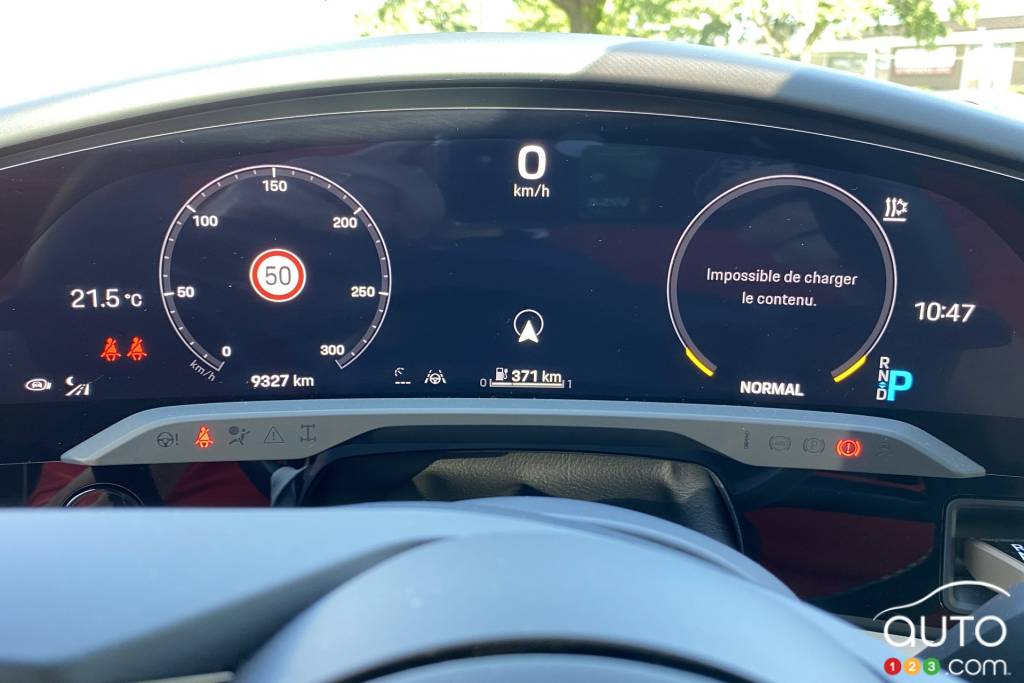 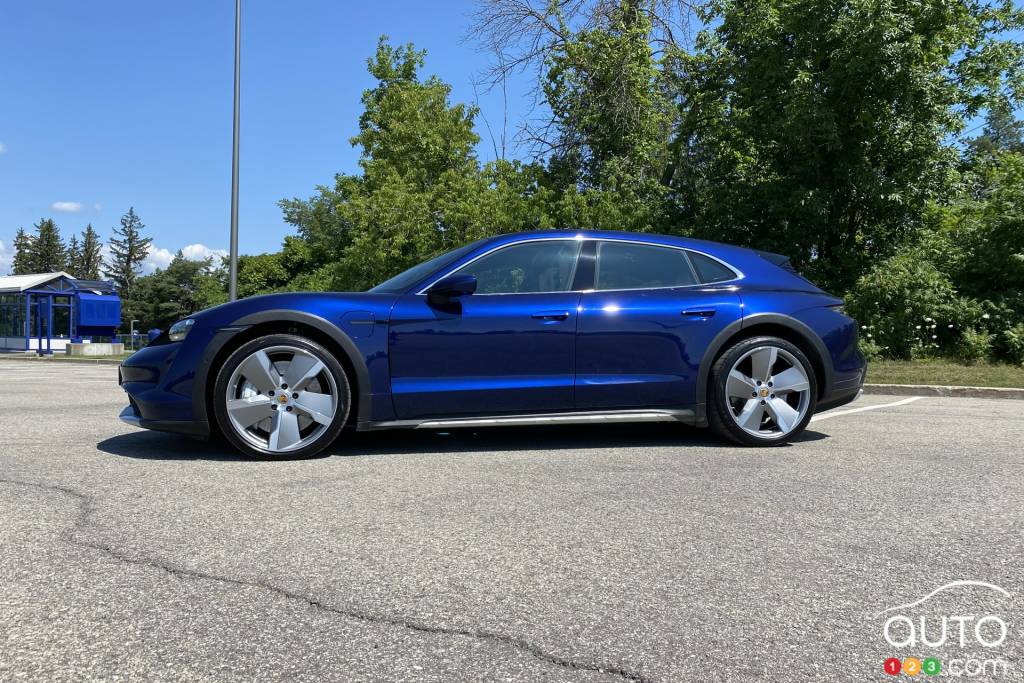 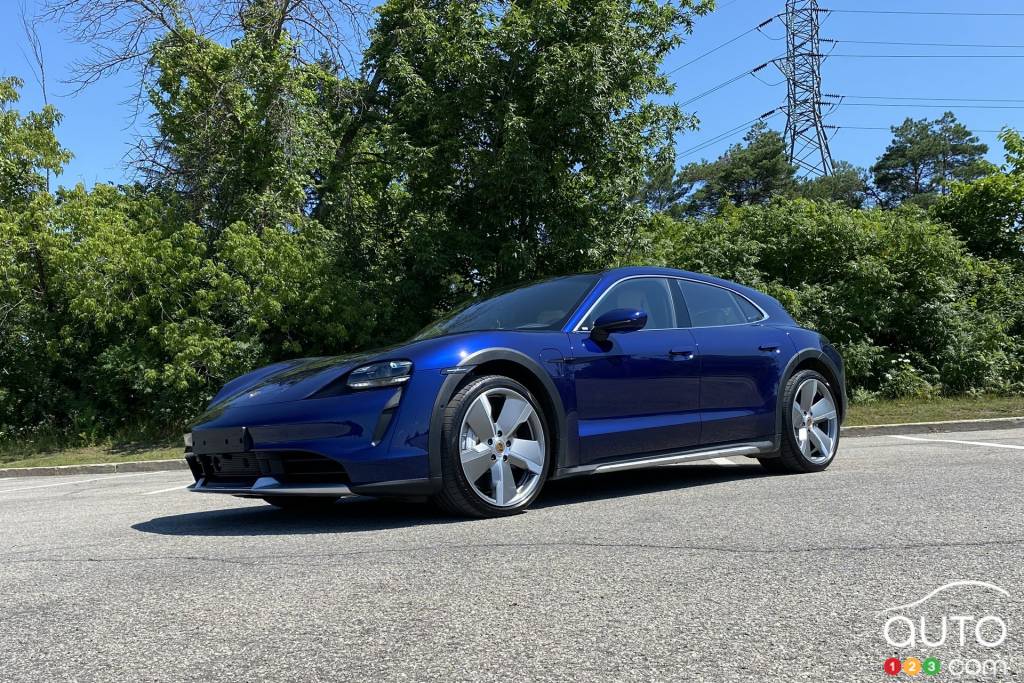 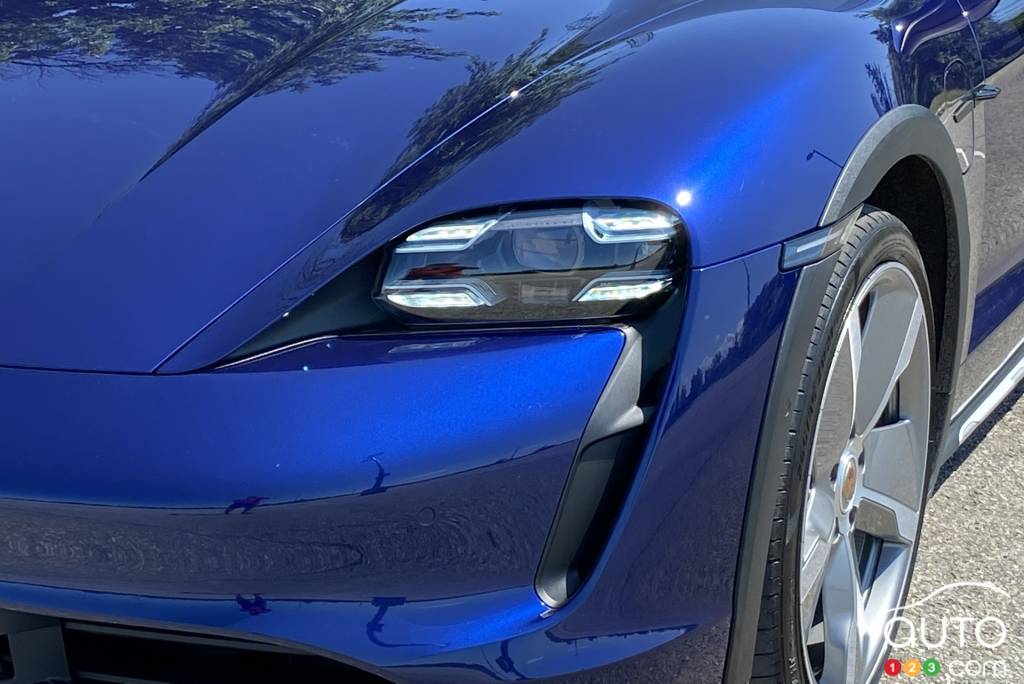 At the Los Angeles Auto Show this morning, Porsche unveiled several models, including two new variants of the all-electric Taycan, the GTS and GTS Sport Turi...

The two-wheel-drive Porsche Taycan RWD is the base version of the German automaker's electric sedan. It is available in some countries, though not in Canada....