A fourth member is about to join the Tesla family. Months after Elon Musk promised the new Model Y would debut in March 2019, the SUV will be unveiled in… March 2019. How’s that for keeping to a schedule?

The official reveal will take place on Thursday, March 14 at Tesla’s Design Studio in Los Angeles, and it will represent Tesla’s entry into the mid-priced SUV domain. The automaker’s three current models of course are the entry-level Model 3 sedan, high-end Model S and Model X SUV.

In lieu of a press release, Tesla CEO Elon Musk took a moment from his Sunday to send out a tweet:

The other details provided by Elon Musk about the Model Y had to do with its dimensions and range, but the info was typically opaque.

“Model Y, being an SUV, is about 10% bigger than Model 3, so will cost about 10% more & have slightly less range for same battery” 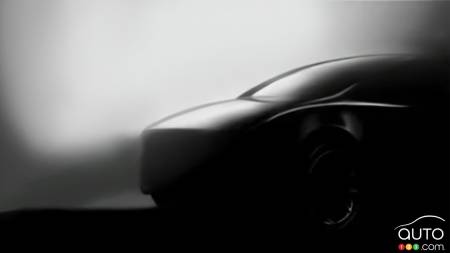 So the new entry will be 10% bigger than the Model 3, but we don’t know how much of that is increased overall length or cargo space or what. As for range, it could be anywhere from less than 320 km to something much higher, depending on the battery pack chosen by the buyer.

Buyers can expect three different battery options, as well as either a rear-wheel-drive configuration or power to all four wheels. There will also be choices as to the cockpit depending on how much buyers are willing to spend, and chances are there will be a large screen on the centre console, possibly in a portrait configuration like the Model S and Model X.

Tesla AutoPilot is unlikely to be included from the base model up, but will surely be present on higher trim lines.

Stay tuned for the official reveal on March 14 for all the details. 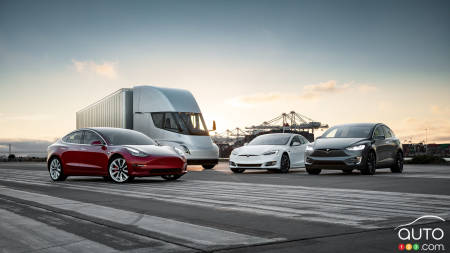