If you've been following the news at all these past few days, you know that Texas is in the grip of a historic cold snap. The state is in a crisis situation as major power outages and frozen and broken water pipes are leaving millions without heat and running water.

Of course, homes and infrastructure in the state are not designed to withstand the cold; snow remains a rare event. But right now, temperatures have remained below the freezing mark for days. The death toll has climbed steadily this week, and for many residents the situation remains dire. Fortunately, forecast call for warming temperatures starting on Sunday.

In the meantime, people are getting by as best they can, and as always happens in these situations, proving to be devilishly ingenious. One story that caught our eye involves the new Ford F-150 Hybrid model. Some owners have been using the truck’s integrated power supply system is, which is powered by batteries and the vehicle’s gasoline engine to power essential elements of their home. 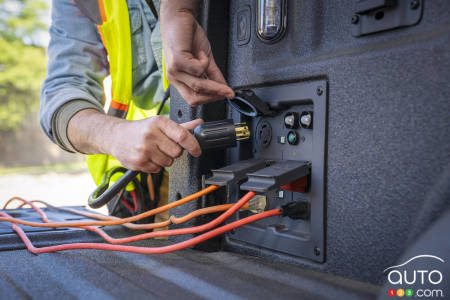 The F150gen14.com website, devoted to all things you-know-what, reported that one owner who lost power for three days used his F-150 hybrid as a generator, while running extension cords from his pickup to his kitchen to power a few lights, a portable oven, a space heater and the refrigerator.

The F-150 was also used to run a 75-inch television, coffee maker and freezer for 10 to 12 hours a day. The owner reported that his F-150 consumed only a few litres of gasoline during this time and noted that the engine started and shut down periodically to keep the batteries in good condition.

The owner of the Ford F-150 PowerBoost pointed out that his truck is equipped with the more-robust 7.2-kW Pro Power Onboard Generator. This allows owners to run their tools for extended periods of time. A 2.4 kW generator is standard with these models.

The owner of an identical model mentioned that his F-150 ran his home heating system for several days. Another Texan reported that his F-150 needed only a quarter tank of fuel to power a refrigerator, a few lights, a cable modem and wireless router, a coffee maker and a recliner for 72 consecutive hours.

We’re imagining the early days of the development process for the F-150 Hybrid model, and we’re guessing that Ford’s engineers likely never drew up this kind of scenario for how it could be used. Be that as it may, it’s a great advertisement for Ford’s hybrid pickup! Ford boss Jim Farley even posted a tweet about the yeoman work being done by the truck this week. 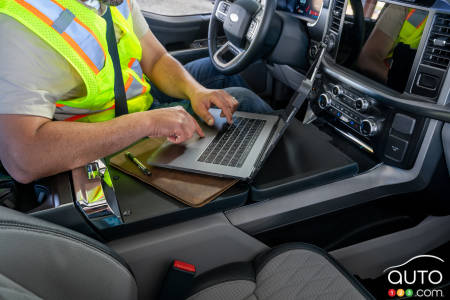 Photo: Ford
At work in the Ford F-150 hybrid

Chevy Silverado Is Knocked Over by Tornado, Continues on ...

A video made by a storm chaser shows the incredible scene of a Chevrolet Silverado pickup being manhandled by a Texas tornado – as in, knocked over, dragged ...

A King Ranch Edition For the 2020 Ford Expedition

A King Ranch edition will be part of the product offering for the 2020 Ford Expedition SUV. This edition is for those who want the highest level of luxury an...

Back in 2006, Ford used the Texas State Fair in Dallas, to debut its then-new new-generation Ford Super Duty Pickup. You couldn't argue with the choice of lo...