With the Detroit auto show packing up its bags and moving to the month of June in 2020, the Chicago Auto Show aims to regain its place as the most significant car show of the early year. The event’s organizers have been hard at work to make this happen.

This year, for example, saw the show host many more new presentations than last year. The 2018 show featured only a couple of unveilings of any note, but the 2019 edition saw veils lifted on at least a dozen new models. Most of these were presentations of new versions of existing models, of course. In fact the only truly new model to get a big reveal was the 2020 Subaru Legacy. The reveal of the Mazda MX-5 30th anniversary edition constituted a world premiere, but there we’re talking about a makeover of a current model.

It’s possible to argue that the RAM and Chevy Silverado Super Duty trucks that were presented are all new, though even those are really evolutions of 1500 versions already in existence. The presentations of these HD editions did follow in the tradition that the Chicago Auto Show is more of a Truck Show than anything else.

After covering more than 10 km of floor space at the vast exhibition halls of the McCormick Center, I soak my aching feet and give you my ranking of the Top 10 most notable vehicles that got the covers pulled off of them this week at the 2019 Chicago Auto Show.

Similarly to last year, Toyota was on hand mainly to unveil new variants of existing models. The Sequoia TRD Pro is a modernized and more luxurious take on the model, which includes more equipment and features Fox shocks; even Amazon’s Alexa is part of the package. Under the hood is a 381-hp 5.7L V8. 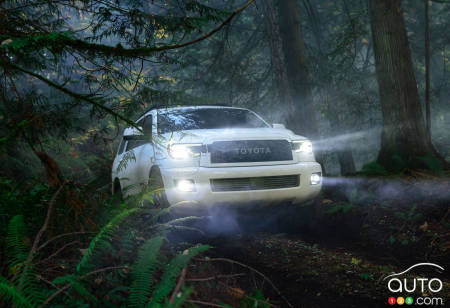 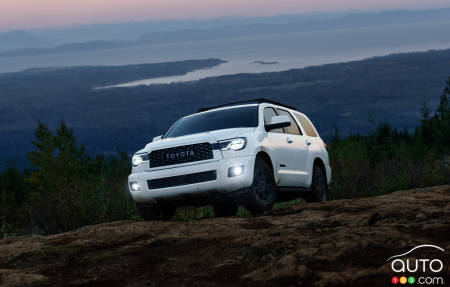 Every year American organization J.D. Power looks at vehicle dependability, and the 2020 study measuring which three-year-old vehicles have caused their owne...

Which vehicles offer the best overall value in 2019-2020? Auto123.com investigates in totally unscientific fashion and comes up with the best choices for you...