Things are certainly hopping these days at BMW, what with new and renewed products like the X5 and Z4, the upcoming revised X2, and of course the 8 Series that is making its return.

All of that noise means certain of the company’s other models, for instance the 7 Series – don’t necessarily get the attention they otherwise might. Although, that could change as the 7 Series is scheduled for a full revision for 2020.

Today, though, even as it ages the model remains a cornerstone product of the German automaker, and serves as a showcase for its expertise and technological innovations.

The current generation of the 7 Series was introduced in 2016, but the basics off the model date back to 2009, when it was completely revamped from top to bottom. That year we had the opportunity to meet with the man behind the model’s design and conception, Karim Habib, originally from Montreal and today the head of design for future products at INFINITI.

In a sense, then, there’s a bit of Canadian in this Beemer, as Karim Habib learned many of his design ropes at Montreal’s McGill University.

As for the car itself, it is undeniably an exceptional product, as anyone who has driven it can tell you. That said, the light that shone so brightly in 2009 has faded somewhat in the decade since, as ambitious, innovative and younger competitors have joined the fray. Still, BMW’s 7 Series remains an exceptional vehicle, and here are seven ways the car remains unique on the market.

Since the start of 2018, circumstances have led me to sit behind the wheel of the 7 Series on three separate occasions – and not only that, but each time in a different variant with a different powertrain:

In all cases, we’re talking about a dynamic powertrain whose performance can be summed up thusly: stunning. Obviously, the V12, by its very nature, is so overpowering as to place it in a class apart. The V8 is, well, a V8, meaning it delivers power, performance and delicious sounds. A joy to drive. As for the 4-cylinder, power is reduced, obviously, but it’s always up to the task. For the price asked, anything less would be extremely disappointing

Speaking of price, you won’t be surprised to know that the range varies greatly depending on which of these versions you opt for, to the tune of a $51,800 difference between lowest to highest! Yes that seems crazy, but since we’re dealing with the higher levels of the stratosphere here with these models, craziness is to be expected.

My choice, the 750i (and all its variants powered by the same engine setup) represents, to me, the right balance. Meaning that when you spend so much on a car, you’re not really going to look closely at the base model, which just doesn’t have the cache, but at the same time the top-end model might offer a bit too much cache. 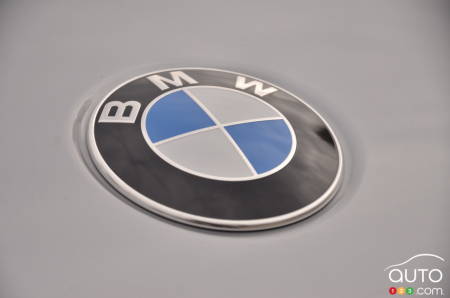 Here is the all-new 2017 BMW M760Li xDrive, a full-size luxury sedan that will soon hammer the road with 600 ponies.