At the unique classic-car extravaganza held annually in Hershey, Pennsylvania, the auction put on by the RM Sotheby’s group is undoubtedly one of the highlight events.

Once again this year, the auction features its share of exceptional vehicles, while the slower present market for classic cars meant buyers enjoyed a unique opportunity to get their mitts on some incredible pearls at reasonable prices.

Just over 200 vehicles changed hands in all, in addition to a vast number of collectors’ items of all sorts. To give you an idea of the scale of this event, which was taking place for the 13th time, 23 different countries were represented among the buyers at the auction. For one-quarter for those buyers, it was their first trip to the RM Sotheby’s auction.

Auto123 was on hand in Hershey to partake in the week’s activities, and to sit in on the second night of the auction put on by the firm, which was originally founded in Toronto, by the way. Here are the vehicles that grabbed and held our attention the most: 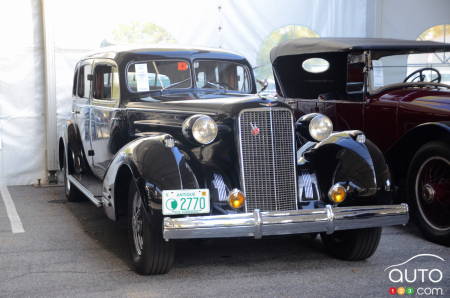 1937 was the last year of production for the Cadillac with 16-cylinder engine, and only 54 wer built. The owner of this one had it restored several years ago, process during which a few modifications were made to make the car safer, but also more convivial to use. The rear bench, for example, was moved back slightly to enhance the driver’s position.

The model has 70,220 miles on its odometer and mechanically it’s perfectly able to take that figure higher. 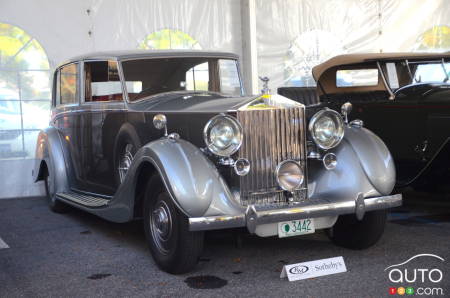 Dropping in on the RM Sotheby’s auction in Hershey means discovering some absolutely spectacular models. Case in point, this pre-war Rolls-Royce, which is particularly noteworthy for the history attached to it.

One of the last Phantom IIIs produced, it received a Mulliner body in anticipation of the Scottish Car Show. The outbreak of World War II meant that show never took place, however. The car was shipped to the United States, to a new owner in Boston, Massachusetts. It returned back across the ocean to England in 1951, before once again returning to the New World in 1963. It changed hands twice more, before finding a new buyer last week in Hershey. The winning bid was $130,000.

Sir Elton John’s 1972 Ferrari is Going up for Auction