While the pandemic forces most of us to stay quietly at home or in the immediate neighbourhood as the year comes, mercifully, to a close, Auto123 revisits (virtually) some of the memorable spots found along the mythical road known as Route 66. Today, our first stop, as we meet the vehicle that inspired the creators of the film Cars.

The popular animated film Cars is not just a feature-length cartoon. It is an ode to a time when the automobile reigned as king and master in America. Through it, the memory of Route 66 is told and honoured. 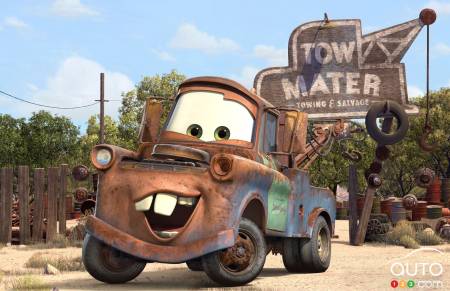 The vehicles that inspired the film Cars can be found all over America. However, did you know that a real vehicle inspired one of the main characters in the movie, the Tow Mater tow truck? Well, this vehicle right here is it. Nicknamed Tow Tater, it is the muse that inspired the creation of the movie star.

As for the human qualities that may have inspired the character, the story goes that they were based on one of the many odd and eccentric denizens of Route 66 that gave the route so much of its colour and character. Seems this one legendary figure was known for his ability to turn his feet backwards. And that's why Tow Mater is so good at reversing. 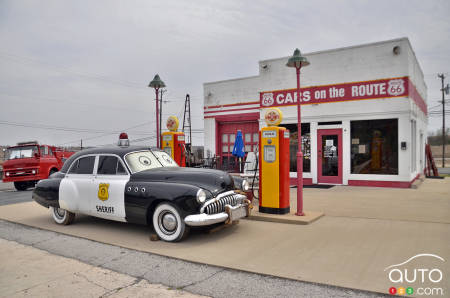 This is the garage where Tow Mater, inspiration to Tow Tater of Cars, can be found. Or at least, it used to be a garage - the place has been converted into a small store serving those who make their way along Route 66.

Just during our short stop at Cars on the Route, located un the town of Galena, Kansas, two other groups stopped at the same place to take some pictures. Unfortunately, it was closed during the time we were there, but the owners are known to be very welcoming and love to tell anecdotes about the place and explain to the movie. 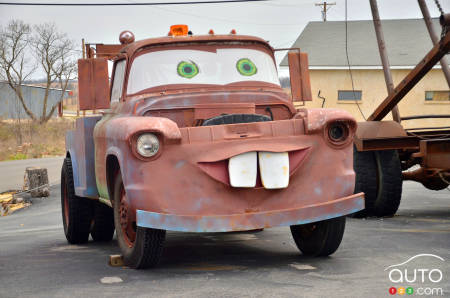 Next to the real Tow Tater, we find the replica, Tow Mater. It was pretty predictable that the owners of the place wouldn’t pass up the opportunity to draw in visitor by so bringing together reality and fiction here.

If I were a betting man, I’d say this is certainly one of, if not THE, most photographed vehicles on the whole of Route 66.