While the pandemic forces most of us to stay quietly at home or in the immediate neighbourhood as the year comes, mercifully, to a close, Auto123 revisits (virtually) some of the memorable spots found along the mythical road known as Route 66. Today, we start with a history of this legendary American institution.

The road officially known as US Highway 66 is neither the longest nor the oldest road in the United States, but its importance is significant because it served as the gateway to the west, being the shortest route to get between Chicago and Los Angeles.

It also became the main migration route of those heading west during the Great Depression. In his novel The Grapes of Wrath, John Steinbeck described Route 66 as the Mother Road. The moniker represents the best description of what this road was to so many Americans from the 1930s to the 1950s.

On July 11, 1916, under the presidency of Woodrow Wilson, the U.S. government decided to create a road that would connect east and west. The layout of the new road was based on the route taken by the first settlers heading west in the 1850s. Only 10 years after the announcement, the road was open – though it wasn’t paved in its entirety. That didn’t happen until 1937, when it was paved (in pink Portland cement slabs) as a part of President Franklin Delano Roosevelt’s New Deal.

The total length of the road has varied over the years. The original route ran through the city of Santa Fe, New Mexico, but that stretch of road was eliminated in 1937. Today the road covers 3,665 km, crossing in the process eight states (Illinois, Missouri, Kansas, Oklahoma, Texas, New Mexico, Arizona and California) and three time zones.

More than just a road

The historical significance of the road is threaded through its official lifespan stretching from 1926 to 1985, when it was decommissioned. More than any other road in the United States, Route 66 symbolizes the renewed optimism that led to the country's economic recovery after the Second World War. It was along this road that the first motels, restaurants, drive-ins and suburbs had their initial moments of glory. The road became a symbol of freedom with the democratization of the automobile, which was rapidly becoming accessible to all. People could now move more freely.

Several major American cities owe much of their growth during the post-war period and beyond to the presence of Route 66, for instance Amarillo in Texas, Albuquerque in New Mexico, and Flagstaff and Kingman in Arizona. The road also became an economic engine, and it helped spur one of the most significant population movements in U.S. history. Once the American West became accessible by road, its development quickly followed – and Route 66 was a principal artery that made that happen.

In 1954, President Dwight D. Eisenhower, who had experienced the Second World War first-hand and had come away highly impressed by the German motorway network known as the Autobahn, decided to set up the President's Advisory Committee on a National Highway Program. The idea was for the United States to build its own version of the Autobahn network of highways. Within a few years, the project was up and running. 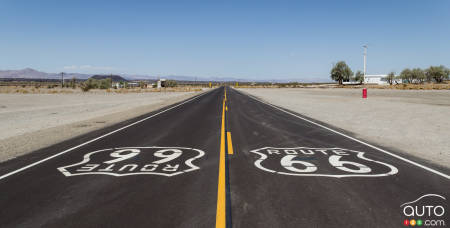 The new, wider Highway 40 replaced certain sections of Route 66, which was gradually becoming a secondary road linking cities along its original route. Over time, the new big American highway networks gained the upper hand. The last segment of Route 66 was "short-circuited" in Williams, Arizona in 1984 and Route 66 was officially declassified on June 27, 1985.

The consequences for the businesses and towns that had thrived and survived by the grace of Route 66 were grave; many of them closed once the road lost its relevance and the interstates took over.

In 1990, the U.S. Congress passed a public law recognizing that Route 66 "has become a symbol of the American people's legacy of travel and its legacy of seeking a better life." As a result of the legislation, the National Parks Service conducted a Route 66 Special Resource Study to assess the significance of Route 66 in U.S. history and to define options for its preservation, its interpretation and use. 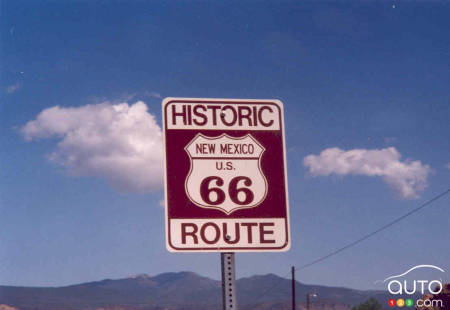 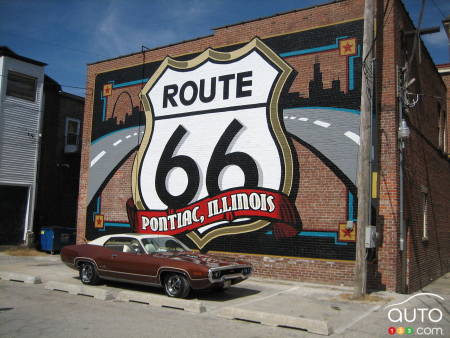 Private committees were also formed to preserve Route 66. Today, people continue to come from all over the world to spend a few weeks crossing the western half of the United States on the ground and not in the air.

Route 66 has inspired innumerable artists to render homage to it and its heyday, for instance Nat King Cole who sang the famous song "(Get Your Kicks on) Route 66" which became the unofficial national anthem of the route; it’s been covered by everyone from Chuck Berry to the Rolling Stones.

Major movie productions have used Route 66 as a backdrop, notably the Easy Rider film with Peter Fonda and the Tom Hanks vehicle Forrest Gump, not to mention Rainman, in which Tom Cruise hits the fabled road for parts west with his brother Dustin Hoffman, who has refused to get on a plane.

Route 66 is the best argument in favour of the notion that a meaningful trip is not about the destination, but the road we travel to get there. It's a journey into the psyche of the American people and a way to discover a part of their culture from behind the wheel.

Route 66 with Nissan, Day One 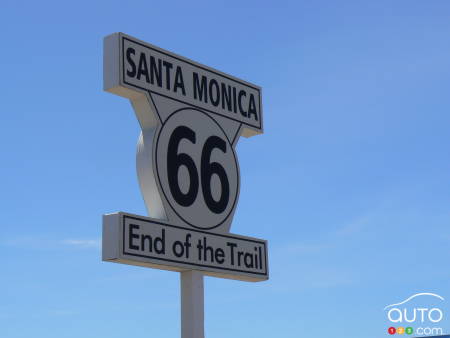