Toyota is recalling 191,000 vehicles in North America, including 55,399 units in Canada, due to a potential problem with airbags that, ironically, had been installed to replace defective Takata airbags.

The automaker specifies in its recall that in the affected vehicles (2003-2004 Corolla and 2005-2008 Matrix models), the front-passenger airbags could fail to deploy correctly in the event of an accident. Obviously this would increase the risk of injury.

Toyota has not commented at this point on whether any injuries have been attributed to the issue. Toyota U.S. spokesperson Tania Saldana did tell the Automotive News outlet that the defective airbags were made by an external supplier.

Dealerships will replace the defective airbags without charge; owners of affected vehicles will receive notice via priority mail before the end of October.

The challenge with this type of recall is to be able to reach all of the vehicle owners, because the age of the vehicles means Toyota might have lost the trace of many owners.

Toyota emphasizes that the current issue has no relation to the defective airbags made by now-defunct manufacturer Takata. Those airbags could potentially blow up and shoot shrapnel throughout the cabin of a vehicle involved in an accident. That defect has led to the deaths of 24 people worldwide, as well as some 300 injuries. 19 different automakers in all have had to recall a total of 100 million vehicles globally.

The new issue involves the potential failure of the airbags to deploy, which is quite different in terms of the risk it potentially poses to vehicle occupants. 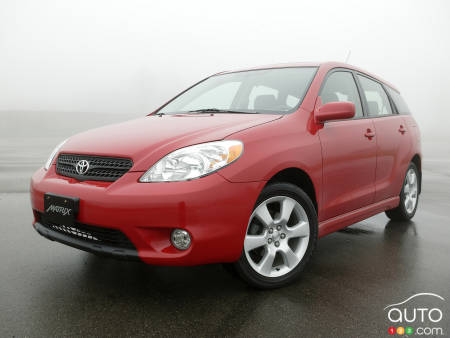 Honda Accord airbag issue leads to recall on 11,000 units...

Honda is recalling more than 11,000 Accord sedans from the 2004-2007 model years because their airbags, which were manufactured in South America, don’t compl...