Those who follow the automotive headlines over the past few weeks, and particularly those who own a Toyota RAV4 Hybrid or Prime, have undoubtedly heard about the problem regarding corrosion of a high-voltage cable experienced by many owners of those models.

The cable, which runs from the front of the vehicle to the rear electric motor, is poorly protected from the elements, so that where it connects to the rear unit, corrosion sets in over time. The problem eventually renders the vehicle's hybrid system inoperable and requires a repair, i.e. the replacement of the cable.

Where the problems arise for owners is that the part is not covered by the 5-year/100,000 km powertrain warranty or the 8-year/160,000 km hybrid component warranty. Instead, it is covered only by the basic 3-year/60,000 km warranty. In many instances, the problem has arisen after that basic coverage has expired. 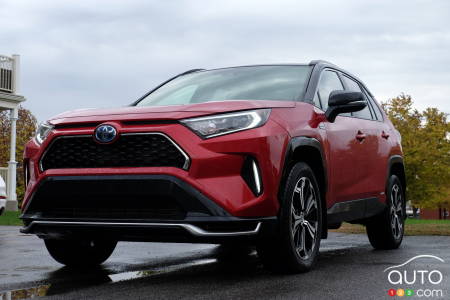 According to Toyota, the problem does not affect Prime models. However, many Prime owners are concerned because similar signs are visible on their vehicles. In some cases, Toyota is said to have agreed to pay part of the repair costs for vehicles (hybrids) no longer covered by the basic warranty, but it appears this is being done on a case-by-case basis.

What’s more, the company has known about the problem since the fall of 2020 when an alert was issued in the United States. Toyota, which often takes time to evaluate everything before acting, has misjudged this situation and now appears faced with a serious problem to resolve. Had the automaker recognized the problem quickly and agreed to pay for the repairs, the situation wouldn’t taken on such proportions.

Things could get worse for Toyota as well, if it ends up being dragged into court. Indeed, Montreal French-language daily La Presse reported us this morning that a class action suit has been filed in Montreal on behalf of a RAV4 owner, who is demanding $7,000 for the cost of the repair, as well as $300 in punitive damages.

Estimating the potential cost of repairs to Toyota is difficult, as many models were indeed repaired while under warranty protection.

The goal of the class action is to get Toyota to take responsibility and include the cable in the warranty for hybrid components, as it is critical to the proper functioning of the system.

The 2022 models would not be affected, as a different part was used.

Stay tuned to see where this goes. 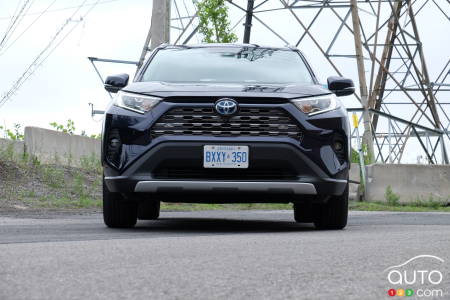 Toyota is giving its uber-popular RAV4 SUV a few design and equipment updates and, more significantly, a new hybrid trim for the 2022 model-year. Here are th...