Almost a year ago (June 2019), and seemingly in a whole other time and dimension, we were testing for the first time the revived new Toyota Supra. For its big return, the car came equipped with an inline 6-cylinder engine pulled straight from the BMW catalogue. Not surprising, given the model was developed jointly with the Bavarian automaker.

For its first year on the Canadian market, that first edition was limited to 300 units. At the time, it was assumed availability for Canada would be expanded in 2020. But other than increased numbers, would there are also be a wider range of variants offered by Toyota?

The answer to that question came a few months later when Toyota confirmed it was planning an entry-level version with a 4-cylinder engine. That configuration was scheduled to debut in August of this year, but due to the coronavirus outbreak, Toyota says it’s had to revise its plans. 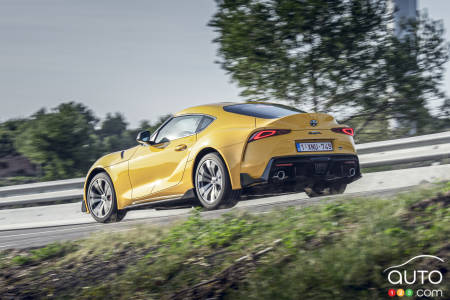 The new version is now set to arrive at dealers late this coming autumn. That of course is not to be taken to the bank, because like in just about every corner of society, the coronavirus will dictate what can happen and when in the automotive industry. Still, there’s reason to hope we’ll see this version appear before the end of 2020.

Taking the name Supra 2.0, the newcomer will feature a 2.0L, turbocharged 4-cylinder engine delivering 225 hp and 295 lb-ft of torque. It will join the 6-cylinder variant, for which Toyota has already announced a power gain next year, with output increasing from 335 to 382 hp in 2021. Which is interesting, however we can’t help but recall that during our initial test drive last year, we were under the impression that there were already more than 335 horses under the hood. At BMW, the Z4 close cousin of the Supra already offers 382 hp.

Better late than never, we say… 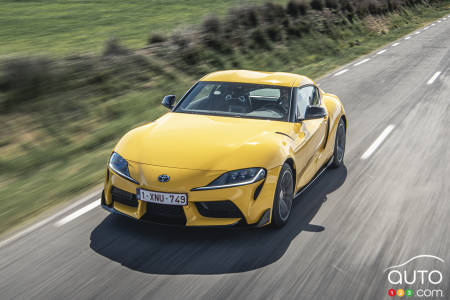 For Toyota, the addition of a 4-cylinder version one year after launch is designed to help give the model a sales boost, in so far as it makes the Supra accessible to a greater number of potential buyers.

The 2021 Supra’s chassis will also benefit from modifications aimed at improving cornering stability. Ben Haushalter, head of product planning, said the Supra will benefit from lightweight aluminum reinforcements to increase lateral stiffness. Revisions have also been made to the electric power steering, adaptive shock absorbers and active differential.

The future’s looking more promising for the Supra. That is, if consumers are open to the model in its new iterations. 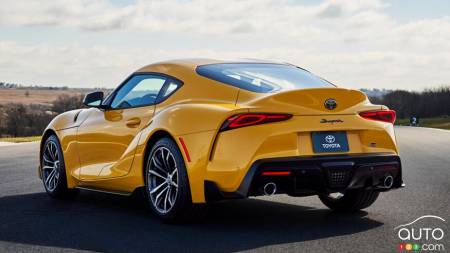 A 4-cylinder Turbo and More-Powerful 6-cylinder for the 2...

For its second year on the market, the 2021 Toyota Supra will benefit from a more-powerful 6-cylinder engine, as well as a new 4-cylinder unit. No word yet o...

Confirmation of a 4-cylinder Toyota Supra Rumoured to Be ...

A new report indicates that Toyota will announce the arrival of a 4-cylinder Supra within the next week. Confirmation could come as part of the events surrou...

The NHTSA has opened an investigation after receiving 11 complaints regarding engine fires in RAV4 SUVs. Under the microscope are models dating from 2013 to ...