The (reborn) Toyota Supra is sure getting a lot of exposure for a model that hasn’t even debuted yet. The latest is confirmation from the surest source – the model’s creator – that a track-focused model is in the works.

Tetsuya Tada, head engineer for the project that will bring this iconic model back to life, told Top Gear magazine that this version would mainly constitute a lightened version of the Supra.

"We’re already making a racing version so we know if you take out 100 kg it’s a completely different car – you don’t even need any more power."

Speaking of power, recall that the engine that will propel the new Supra comes courtesy of BMW, in the form of a 3.0L 6-cylinder turbo engine generating 335 hp. Another turbo engine, this one a 262-hp 4-cylinder, will run the base models.

Will the future track-minded Supra be street-legal, or will it be actually be restricted to the track? To this question we don’t currently have the answer. Tetsuya Tada explained that an on-road version would certainly come with restrictions, so the project is still under heavy discussion at Toyota; it appears the company could still go either way.

The Toyota chief engineer shared another bit of information with top Gear, which you would have thought to be confidential. He related that during the Supra’s development phase, he had envisaged making of it a mid-engine car. The idea was even submitted to BMW, which approved it. Which is perhaps why the rumour mill was long alive with stories of a drastic change regarding the Z4.

When Tada brought his idea to Akio Toyoda, president of the Toyota Motor Corporation, he was greeted with a firm no. In the end, it was decided to stick with what the company already knew.

The production version of the Supra will make its official debut in January 2019 at the Detroit auto show. 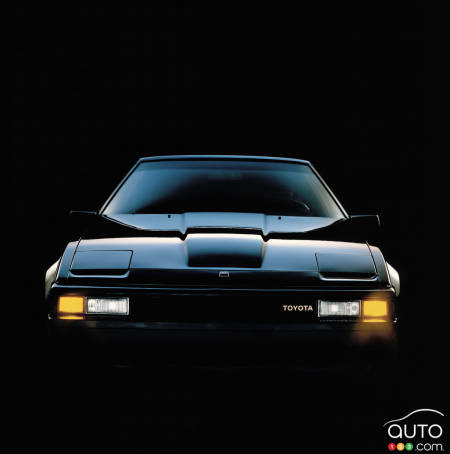 The level of anticipation for the upcoming new Supra from Toyota is at a fever-pitch since the presentation of a concept version in Geneva. But this week’s s...

The finalists have been announced: here are the nine models still in contention for the NACTOY organization’s 2020 North American Car, Truck and Utility of t...