Toyota has confirmed that the 2020 Toyota Supra will make its public debut at the Detroit auto show next January.

The presentation happens to fall five years after Toyota unveiled the FT-1 concept at the same event. In the past year Toyota has given us looks at some racing versions of the upcoming Supra and a number of camouflaged photos have done the rounds online (official Toyota photos are to be seen here). The main image above is the first of what will probably be a series of Toyota teasers.

The new two-seat Supra will run on an inline-6 turbo engine and feature a much stiffer body than the Toyota 86. Weight distribution is 50/50 front/back. As widely reported for months, the Supra sits on the same platform as the new BMW Z4, which was unveiled this past August. 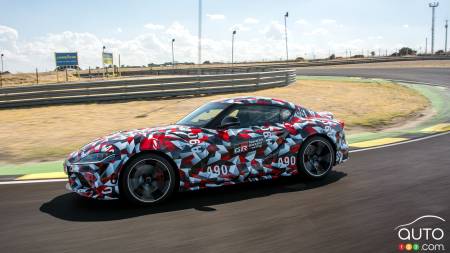 Toyota expects to begin production on the 2020 Supra in the first months of 2019. The company also announced that it will auction off the first unit to roll off the production line.

We have no official information regarding the price that will be exacted of buyers interested in Toyota’s new speedster, but the company has already warned that it won’t come cheap.

Stay tuned for Detroit’s 2019 auto show for more details about the 2020 Toyota Supra! 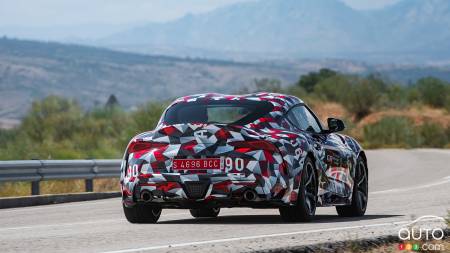 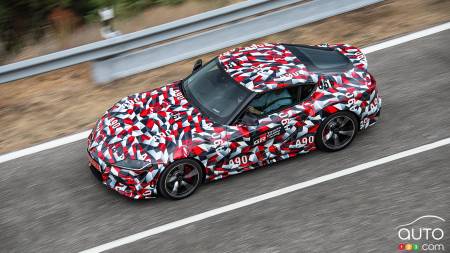 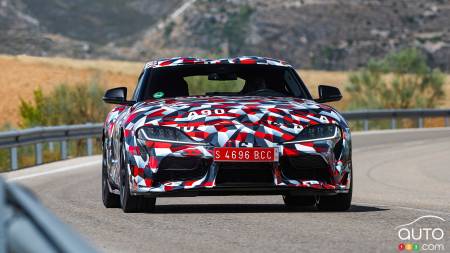 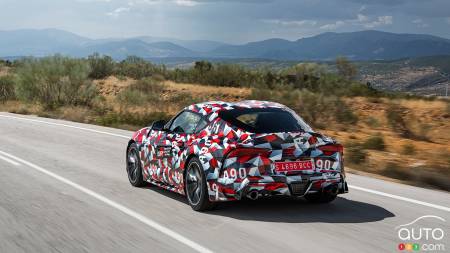 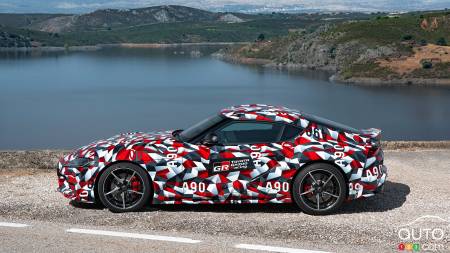 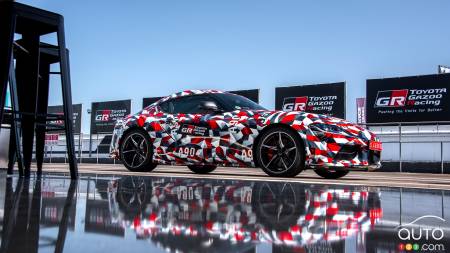