Occasionally, you hear a story about an owner's vehicle reaching one million kilometres. It’s not common but it happens. Rarer still is the vehicle that hits the million-mile mark, which works out to 1.6 million kilometers.

However, it is truly a rare model that gets to 2 million km. We just heard about a vehicle that’s about to hit the remarkable 2.5 million km mark. Specifically, a 2008 Toyota Tacoma belonging to a North Carolina man by the name of Mike Neal has gone 1.52 million miles since it was introduced just over 10 years ago.

Neal bought his pickup in November 2007. He travels about 500 miles a day in Virginia and North Carolina as part of his delivery-related job. 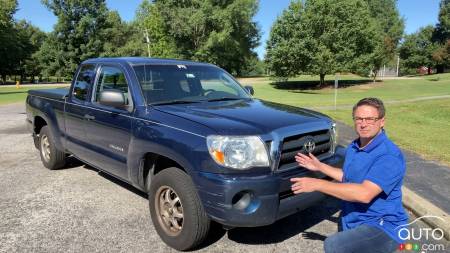 To say the least, his work tool has proven to be very reliable. However, Neal had to replace the engine at 880,000 miles (1.42 million km), since then, the new unit that took over has itself racked up had some 160,000 more km. The model also needed a new torque converter at 1.3 million miles (2.09 million km). The owner took the opportunity to replace the transmission, as the existing one was probably nearing the end of its life, although it was still functional.

Look inside the truck, and you see an odometer that reads 999,999 miles and has not moved since hitting that total, simply because it has nowhere to go. Mike Neal uses the trip meter to track mileage. He also has stickers on the back of the truck to let other drivers know how far his truck has traveled. He updates the information every 10,000 miles. 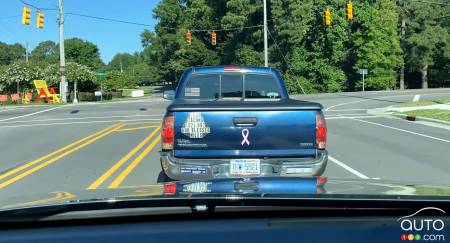 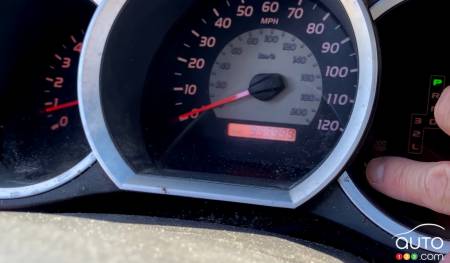 Despite the high mileage and hundreds of miles driven each day, the interior is still in good condition and is very clean, although there are some signs of wear and tear.

Mike Neal's wife urged him to switch vehicles, but the model, he says, is now part of the family. The host of the video that introduces us to the Tacoma is trying to launch a campaign to get Toyota to give the loyal owner a new truck.

This is a great marketing opportunity for the company. We hope it sees it that way! 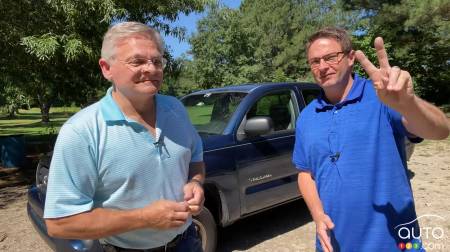 So About That Electric Pickup Previewed By Toyota …

An electric pickup concept was one of several eye-catching concepts shown during Toyota's presentation this week. The model, which looks close to production,...

Toyota is adding two new variants to its Tacoma pickup for 2022. In each case, the focus is on off-road skills, with distinctive features marking their respe...