Toyota has issued two separate recalls that affect the Tacoma pickup as well as the LX570 full-size SUV produced by its luxury division Lexus.

A total of 130,000 vehicles are subject to the recalls, most of them the Lexus LX and its American-only near-twin, the Toyota Land Cruiser. The total includes around 44,000 pickups and 89,700 SUVs.

In the case of the Tacoma, the recall is aimed at 2018 and 2019 model-year trucks. According to the automaker, the models in question may have been equipped with incorrectly assembled brake master cylinders. Toyota warns that, over time, the cylinder could leak, resulting in loss of braking power and heightened risk of accident.

As for the other affected models, they are also of the 2018 and 2019 vintages. Here the problem is related to the tension on the front seatbelts. As the vehicles age the sensors that detect tension may start to malfunction; the problem makes itself known via an airbag defect warning sign that lights up, and an indicator that shows that the front passenger airbag is not activated. This means that in the event of a collision, the front-row airbags (face, side and knee) won’t deploy, increasing the risk of injury. 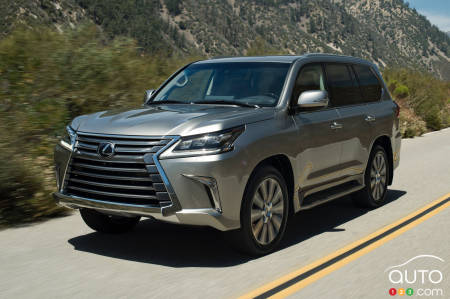 Toyota says that no accidents or injuries have been reported as a result of these issues.

Toyota says it will replace the brake master cylinder free of charge. The first recalls will go into effect in January. Regarding the sensor problem, the company explains that it is still working on a solution and hopes to have the answer by mid-February.

As always, if you own one the affected vehicles, you can contact your dealership to ensure that they keep you informed regarding the steps to be taken.

At present, we’re still waiting for confirmation of the number of vehicles affected in Canada.

We present the Top 10 Best 4X4 off-road models for summer 2018, because who doesn’t like playing in the mud and the dirt, especially when you’re comfortable ...