You really do see everything for sale on the net, but there are times when what you come across knocks you over, literally. This is the case of these two 80s-vintage Chevrolet Suburbans that were converted into limousines.

We’re not necessarily surprised to see there rare versions pop up, but it is pretty unusual that the vehicles are in Japan. That raises some questions. The two weather-beaten Suburbans are being offered on a Yahoo Auctions page and interested parties have until the end of today to bid on them. For the moment, no one has come forward. The starting price is one million yen each, or $11,379 CAD.

The two Suburbans were designed and used as airport passenger shuttles. The beige model is a 1983 edition while the blue one is of the 1987 vintage. Under the hood of each sits a 454 cubic-inch (7.4L) V8 engine. 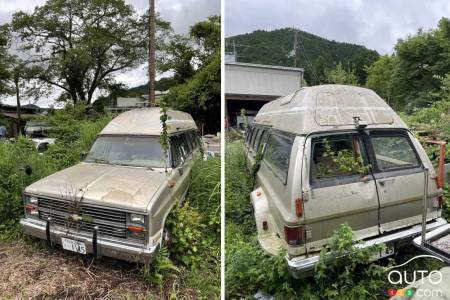 The seller claims that these are two of only four examples of this variant that were built around the world. Several stretched Suburbans were converted at the time for this kind of work, but according to research by the Motor1 site (which unearthed the auction), while there are 8-door models to be found online, these 10-door ones are something unique.

Which adds credibility to the seller's claims regarding their rarity.

As for the condition of the vehicles, well that’s the bad news. Buyers will have their work cut out for them restoring them. And even before getting to that, there’s the matter of how to take possession of them. One can imagine the logistics and costs of bringing them to North America (or to Europe) from Japan. We’re even thinking it might be best for one buyer to purchase both of the models and construct one decent model from the best components of each.

Either way it’s a project for those who are persistent and like a challenge. It remains to be seen if this one can be made profitable in some way, via rentals, exhibitions, etc. 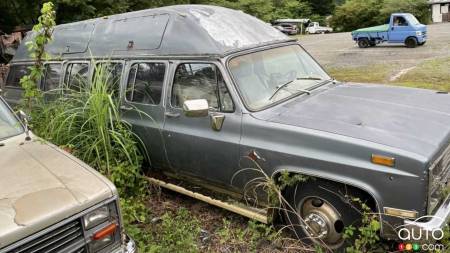 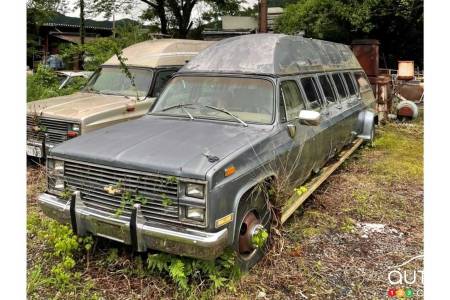 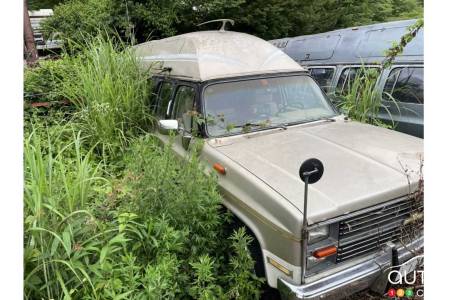 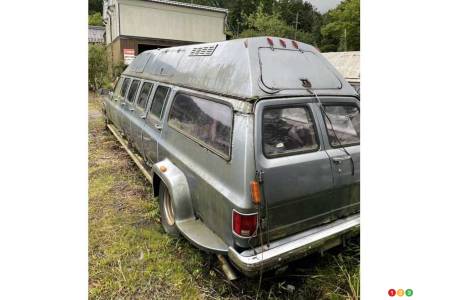