The recreational vehicle (RV) industry has been booming for several years now. So much so that there are more and more players in this segment, who have certainly noticed the astronomical profits to be had.

One thing never really went away, however, and that is companies specializing in modifying existing RV models made by established manufacturers. Think of the different versions of GM vans that are adapted for camping, as well as the multiple variants of the Mercedes-Benz Sprinter that can be seen left and right, reworked into houses on wheels.

This was a thing even in the 1970s, and one example of it has just appeared online – and it’s for sale! The model in question is a Camelot Cruiser, a 20-ton monster (18,143 kg, to be precise, or 40,000 lb) that was modified by a company called Edler & Company. It was the ultimate in affordability at the time. It also included a garage.

Even better, it was – and still is – equipped with two snowmobiles, still parked in the hold and included in the sale. This particular unit is one of the first products made in this series, and it’s equipped with bedding, dishes and everything you would want in the kitchen. There’s also a huge living room, large bedroom with a double bed, toilet and a boudoir. All rooms are fully furnished with original matching chairs and tables.

Word of warning: you might want to put on your shades before taking a gander at the dining room and shower. 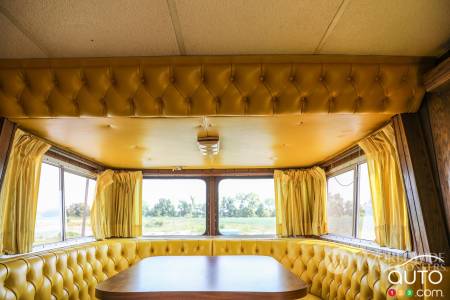 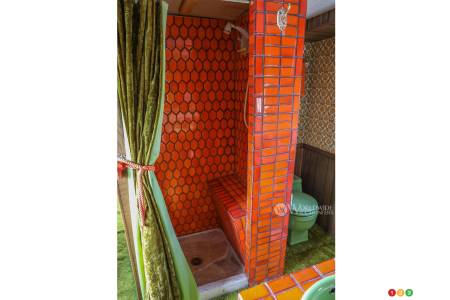 The Camelot Cruiser shared its platform with two other RVs of the time. The only difference was in the cargo hold. As mentioned, this particular one was designed to carry two snowmobiles. Another was designed for a boat, the third for, we kid you not, horses.

And the amazing thing about the model up for sale is that everything is original, including the exterior paint. Pulling that 20 tons of retro magnificence is a Ford C Series forward cab model, equipped with an original Ford 5.8L V8 engine, coupled to a 4-speed automatic transmission. The seller attests to the engine’s great reliability and longevity. He adds that “it's hard to pick a more reliable mid-size conventional truck” for this purpose.

If you're interested in this vintage RV, you can watch its sale progress online at WorldWideAuctioneers. Or make a bid yourself. 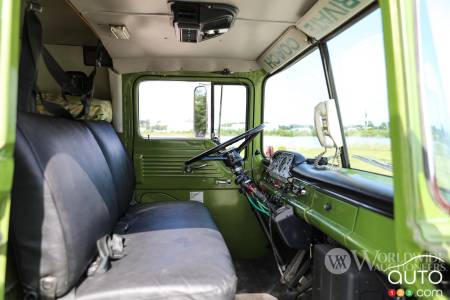 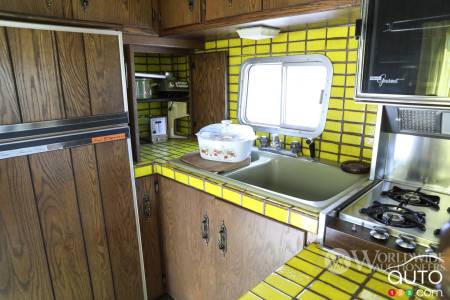 A 1985 Ford Escort RS Turbo that belonged to Princess Diana has been sold for 1.1 million. Lady Di had a soft spot for this model; she owned three of them.

A 1985 Ford Escort RS Turbo that belonged to Princess Diana will be offered at auction. Lady Di had a special affection for Ford’s little - she owned three o...