Following a meeting held last week with officials of Quebec’s provincial government, who laid out new tighter regulations governing the renewal of Uber’s current one-year pilot-project licence, the ride-hailing company yesterday announced its intention of pulling out of Quebec altogether on October 14 if the new regulations are not relaxed.

While the government continues to negotiate with both Uber and the taxi industry, Auto123.com takes a look at the current state of affairs in Canada regarding the controversial ride service.

The market
First established in San Francisco in 2009, Uber began to expand internationally in 2011; today it operates in 635 cities around the world, including more than 40 in Canada. Growing numbers of riders in cities like Toronto, Montreal, Quebec City, Ottawa, Calgary and Edmonton currently order rides from Uber using the company’s smartphone app.

Edmonton was the first city to establish regulations governing Uber’s operations, but up until Quebec did so last year, no municipality or province had set requirements regarding driver training.

Uber remains absent from Vancouver and Winnipeg due to the absence of legislation in British Columbia and Manitoba. In the latter province, however, the law is currently being changed and all indications are that Uber will begin operating there in November.

The service
Unlike taxi drivers, Uber drivers use their own vehicles, and they cannot take on passengers who hail them on the street; they must have received a request via Uber’s smartphone application.

Uber also offers other services (UberXL, UberSelect, UberLUX, UberSUV, etc. ) that provide rides in larger or more luxurious vehicles, for example, for a slightly higher fee. As well, Uber Pool, a new service just launched by the company in Toronto, allows two customers traveling in the same direction to get matched up and save money by riding in the same vehicle.

The issues
In addition to questions of competition with the taxi industry, the major issues engendered by the arrival of Uber are fiscal (to do with taxes collected for rides) and passenger safety (to do with training and background checks of drivers).

A major sticking point in the current standoff with the Quebec government is the number of hours of training Uber drivers are required to take before operating in the province. The expiring pilot project calls for 20 hours, while the new rules set by Quebec require 35 hours; Uber contends that that is an unreasonable burden to place on its drivers.

Uber now has competition in Montreal in the form of Taxi Diamond, a new taxi-booking app that allows people to not only reserve a taxi cab, but also monitor ...

Since February of this year, the City of Montreal has seized 37 vehicles owned and operated by UberX users who gave discounted rides without a taxi licence, ... 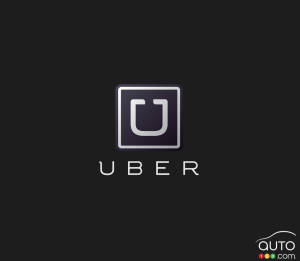