This week in the automotive domain was to belong to the Geneva Motor Show. But as we reported last week the event was cancelled due to fears over the spread of the coronavirus. Specifically, organizers of that event called it off following the institution by the Swiss government of a regulation temporarily banning gatherings of more than 1000 people in the country.

This news has unsurprisingly led to speculation regarding other events that pull in lots of visitors. Organizers of the Vancouver International Auto Show have tried to calm nerves and announced that, as of now, their event will go ahead as planned.

“At this time, we’re monitoring the situation, but as the risk in our region is deemed low by health authorities, we’re still planning for the Vancouver International Auto Show to go ahead as scheduled and planned. As with any situation that is primarily international, if the context changes regionally, we will make the appropriate decisions.” 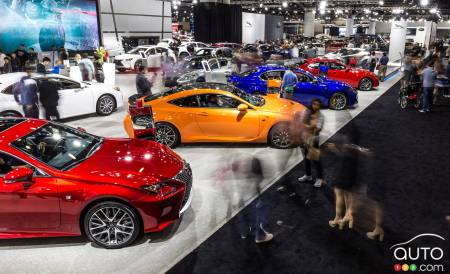 In Canada, the risk of contracting the virus is still considered very low, and the country’s health care system is better-equipped than most to manage cases from other countries.

To date, 27 cases of coronavirus have been confirmed in Canada: 18 in Ontario, eight in British Columbia and one in Quebec.

"The risk of this virus spreading to B.C. communities remains low at this time," writes the B.C. Centre for Disease Control on its website. "We are closely monitoring the global situation and recognize that the virus is spreading to communities in other parts of the world.

As of March 2nd, over 89,000 cases have been confirmed worldwide according to the World Health Organization. Of these, 80,026 are in China. The number of deaths attributable to the virus has just surpassed the 3,000 mark.