On Thursday, Volkswagen's board of directors apologized for a racially derogatory ad posted on its social media accounts. In a statement, the company said that the short clip came into being because of a lack of cultural sensitivity (and general knowledge) rather than any racist intentions.

In the 10-second video, a black man is shown standing next to the new VW Golf. He’s moved away from the car by a giant white hand that grabs his head, as if to prevent him approaching the vehicle, and then he is flicked by the hand’s giant fingers into a café called "Petit Colon", which translates as “Small Settler”, or “Small Colonist”, if you will. 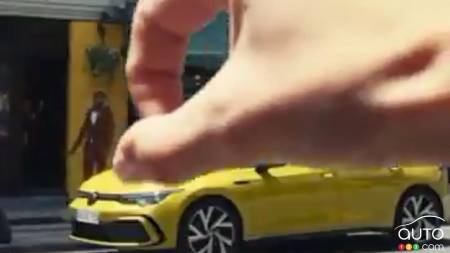 It’s frankly shocking that an ad like this could have made it through the vetting process. In fact, whether or not this was an honest mistake made by VW is not really the question. There was a lack of judgment shown within the company, just as the planet is roiled by protests against racial inequality brought on by the killing of George Floyd in Minnesota. Quite simply, the ad is in poor taste and could not be more inappropriate.

“We can state that racist intentions did not play any role whatsoever. We found a lack of sensitivity and procedural errors. Also on behalf of the Board of Management, I would like to formally apologize for hurting people as a result of a lack of intercultural sensitivity.”

The company issued a further statement accepting its shortcomings:

“Without question: the video is inappropriate and tasteless. We will clarify how something like this could happen, and there will be consequences. Many initiatives in the company and in our global workforce promote diversity, integration and unprejudiced cooperation. That makes it all the more annoying that we made this mistake.”

Other members of the management team went further. Juergen Stackmann, member of the brand's board of directors for sales and marketing, and Elke Heitmueller, responsible for diversity management, issued an apology on Twitter and LinkedIn: “We understand the public outrage at this. Because we’re horrified, too. This video is an insult to all achievements of the civil rights movement. It is an insult to every decent person.”

Stackmann said he believed the ad was fake when he first saw it, and made a promise to help fix things: "We rightly stand accused of a lack of intercultural sensitivity here and, as member of the Board of Management responsible for Marketing and After Sales, I take responsibility for that. I will personally ensure that training is given, a Diversity Board is consulted and controls are improved."

The choice of the location for the video is eyebrow-raising, to say the least, but here it’s more plausible to put it down to blundering bad luck, and inattention to detail. The “Petit Colon” is actually a real place, situated in Buenos Aires, Argentina, near the Teatro Colon.

Plausible, sure, but some will ask if that really was just an innocent mistake. Given Volkswagen's checkered past (let’s not forget the company was born in the midst of the Nazi era in Germany), the company may get less benefit of the doubt than others that find themselves having stepped into a similar muck.

We take a face value the contrite words of VW executives here, but the company will clearly have to double down on its cultural sensitivity in the future.

Volkswagen Canada confirmed this week it will no longer offer the regular version of the Golf after 2021. That will leave only the R and GTI variants, and it...

The 2019 Volkswagen Golf is a model at the intersection of mature and aging, which means it delivers a fine-tuned driving and ownership experience even as we...

Gas Engines Part of the Plan for the Volkswagen Golf, Gen...

Volkswagen just presented the new 8th generation of its Golf, but the company is already looking ahead to the next edition, confirming that it will run on ga...