The Atlas is relatively new to the market, but the success the SUV is having in the Unites States is motivating Volkswagen to fine-tune the model already. The company this week showed some first images and gave a few details on the changes it will make to a refreshed Atlas in 2021.

Esthetically the Atlas will incorporate several elements unveiled recently on the Cross Sport version of the model at an event in Tennessee. That version features two rows instead of the three found in the Atlas.

Success or not, the move is a bit surprising; the Atlas will be getting a refresh much sooner than you would expect given the company’s normal schedule for mid-cycle updates.

Speaking with journalists regarding the next Chicago auto show, Hein Schafer, vice president of product marketing for Volkswagen of America, said the short turnaround time of three years for a mid-cycle update is part of the company’s strategy of keeping its most-popular SUV in the U.S. as fresh as possible in the minds of consumers. 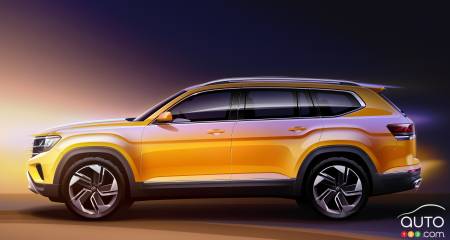 The normal routine for Volkswagen is to wait four years into a generation before revising a model. But sales of the Atlas are so robust that VW is motivated to be proactive. During the first 11 months of 2019, U.S. sales of the Atlas totaled 74,108 units for a year-over-year increase of 40%.

The 2021 Atlas will get thus its official premier in February at the Chicago show. We know that it will get a new front fascia, redesigned LED headlights and revised LED rear lights, on each variant.

Inside, the model will get an updated multimedia system with increased functionality; for example a new drive-assist functions for traffic jams will use the lane keep assist and adaptive cruise control systems to move – and stop - the vehicle without the driver needing to intervene.

This feature was announced as part of the packed included in the Atlas Cross Sport unveiled earlier this year.

Speaking of that variant, it’s expected that VW dealerships will begin to receive their first units next March. The renewed 2021 Atlas will follow in May. We still await official pricing for the different versions of the Atlas Sport. 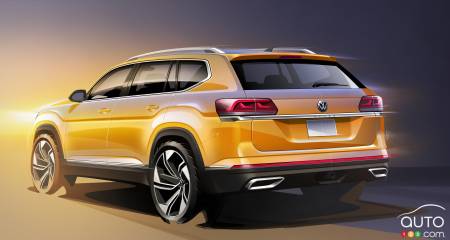 All-New 2022 Volkswagen Taos To Get an All-New Engine

The brand-new 2022 Taos will get a brand-new engine, the German automaker has confirmed. With its new 1.5L 4-cylinder turbocharged engine, the 2022 Volkswage...