It was one of the sadder moments of 2019 for many: Last July Volkswagen finally confirmed the demise of the Beetle, the most iconic model in the automaker’s history. Since then, rumours have persisted alluding to a return of the name, this time to designate one of the brand’s upcoming all-electric models.

The company has been steadfastly denying this will happen. Perhaps to put an end to speculation once and for all, it released a video to close out 2019 showing the model driving its last mile.

The short animated film was shown to the world during a New Year’s Eve show broadcast on American television.

The video shows the span of a man’s life, from childhood to retirement, via his relationship with a Volkswagen Beetle. The car is never far as we see him advance through each stage of his life. Towards the end, the Beetle seems to allow itself one final bow before departing forever. And then, we get a foreshadowing of the brand’s future in the form of the ID.4 electric SUV.

Here’s the clip for you:

“The Beetle is easily one of the most recognizable cars in the history of automobiles. We are proud of our past but our eye is on the future, hence our choice of New Year’s Eve to hint at our upcoming long-range EV.”

The Beetle name seems dead and buried, forever. But as that wise saying tells us, never say never. One thing we do know is that its retro appeal won’t be abandoned any time soon by the German automaker. Anyone who has seen the new electric-powered Microbus, expected to debut in 2022, can see that it is directly inspired by the Type 2 of old. Other models featuring retro designs are said to be in the works, including a modern re-imagining of the Thing utility model of the 1970s.

The next decade will be one of interesting times for Volkswagen, safe to say. 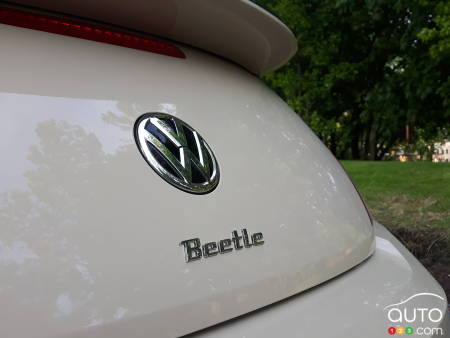