The rumour first sprung up in the month of December, and we now have confirmation that Volkswagen will be showing off a Dune Buggy electric concept at the next Geneva Auto Show.

The prototype gives the original Meyers Manx, first introduced in 1965, a futuristic twist.

The design team in charge of the project was careful to avoid creating a retro product pure and simple. So for example VW’s modern interpretation doesn’t sit on the chassis of the Beetle, as it did originally, but rather on the company’s new MEB modular platform. This architecture was designed to accommodate a variety of different kinds of electrified vehicles, so the new project is an opportunity for Volkswagen to show off its great versatility.

Unfortunately, we’ll have to wait for the official unveiling of the concept in Geneva on March 5 to learn more about its inner workings. 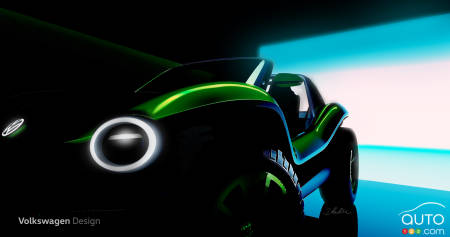 Volkswagen’s head of design, Klaus Bischoff, did have this to say:

“A buggy is more than a car. It is vibrancy and energy on four wheels. These attributes are embodied by the new e-buggy, which demonstrates how a modern, non-retro interpretation of a classic can look and, more than anything else, the emotional bond that electric mobility can create.”

It’s worth keeping in mind that, generally, this type of concept is not destined to make into production. On the other hand Volkswagen has not shut the door on the idea. What’s more, if the company does push the project forward into the production phase, it will be sooner rather than later.

Stay tuned for more details in a few weeks. 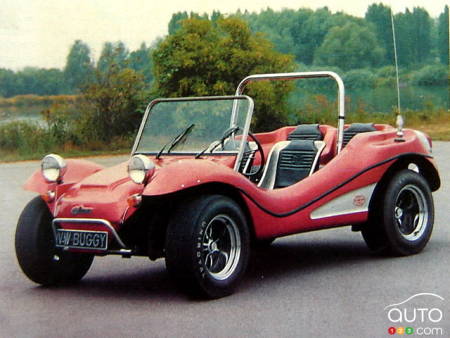 Fiat presented yesterday the new generation of its 500 model. For its next turn, the automaker’s little bug has gone electric. We don't know for the moment i...

BMW virtually presented the i4 Concept that had been scheduled to premiere at the Geneva Motor Show this week. The presentation, made by BMW CEO Oliver Zipse...