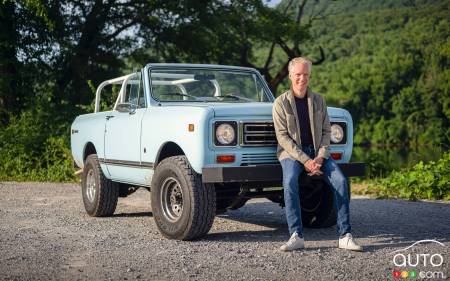 Volkswagen has laid out some of its plans for the new Scout company. Notably, it will be the banner under which two new electric models – a pickup and an SUV - produced by the German auto giant will be marketed in North America. Those will followed by yet more “rugged” EVs conceived specifically for our markets.

A recent video shows company execs driving the original International Harvester Scout II utility model as a way to publicize the direction the Scout brand intends to take: going after the same market slice as the new Rivian EVs and other outdoorsy electric pickups and SUVs already marketed or being developed by General Motors and Ford.

The company also announced that current VW Group of America senior manager Scott Keogh has been pegged to lead the Scout brand as its President and CEO.

That’s where the specifics end for the new Scout banner for the moment. We’ve previously seen a sketch image of the future SUV and pickup, but those are just to give a general idea and it’s likely the final designs will be at least somewhat different. 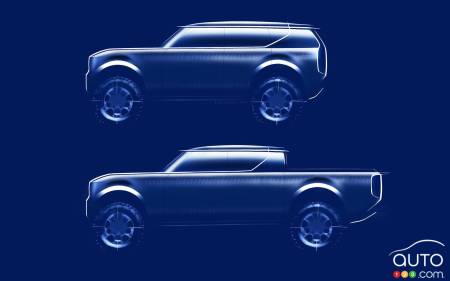 The long-range goal for Volkswagen is to have the models ready for 2026. The longer-range goal is for the automaker to capture 10 percent of the North American market, which outgoing VW CEO Herbert Diess acknowledges has not received the attention it deserves from the company in past years. The resurrection of the Scout name is a step towards rectifying that.

Starting next year, Volvo will no longer sell models offering only an internal combustion engine in North America, with the last holdout the XC40 getting a m...