Volvo has already taken several significant steps towards electrifying its lineup, and in fact we’ve already seen the all-electric XC40 Recharge introduced to the world. We also already know an all-electric variant of the XC60 is on the way. The company, recall, has promised to make its lineup of vehicles fully electric by 2030.

Today the automaker presented a new prototype in virtual form, the Concept Recharge, which looks in many respects like a modernized version of the Volvo V60 Cross Country, though of course the official description for it is that it’s a crossover SUV. No surprise there.

The concept, which exists for now in virtual form only, is designed with a whole new platform dedicated to all-electric powertrains, that allows for creating an interior space with a fully flat floor, and for a long wheelbase. 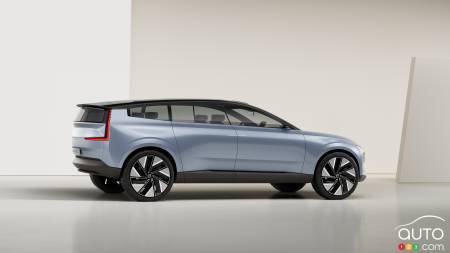 Like with other EVs recently introduced to the world, the traditional front grille is gone, though its replacement, a solid shield-like structure, still gets the Thor’s Hammer headlights flanking it in true Volvo style. And in true futuristic concept style, there are no door handles, and the silhouette is super-streamlined with the roofline arcing back all the way to a hatch at the back that stands very vertical and angular, only inches behind the rear wheels.

The images of the interior show a highly futuristic layout for the seating, which look designed to maximize comfort in both rows. The dashboard looks minimalistic and bereft of most buttons, with a large 15-inch vertical screen presumably the go-to place for most commands. With the flat floor, this is definitely a lounge-type space, and there’s a large storage area between the front seats to put your stuff while you lounge.

The concept car presented today also serves to introduce a new Volvo design language, one that prioritizes a “less is better” theme. Meaning not just buttons but anything considered extraneous has been removed. Swedish minimalism at its finest… 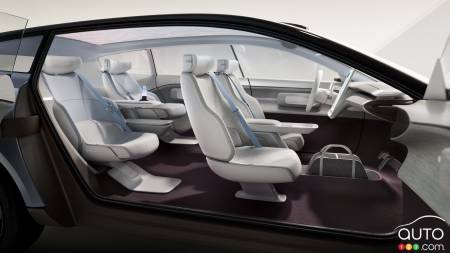 Volvo says the infotainment system will be next-generation, and is being developed internally at the company under the name Volvocars.OS; it will integrate Android, QNX, AUTOSAR and Linux systems and be able to receive over-the-air updates. The new system is expected to make its debut in a new Volvo model to be unveiled at some point in 2022.

Also coming to next-generation Volvo EVs are piles of sensors and cameras in support of new and improved safety systems. One of those is a LiDAR high-definition sensor placed on the roof that will take constant stock of the area around the vehicle, and even collect data from surrounding vehicles (assuming those consent).

Volvo also announced today that it wants to increase the energy density of its batteries by 50 percent. The goal is to offer 1,000 km ranges in the company’s battery-electric vehicles by the end of the current decade. Another focus is to shorten recharging times, by as much as half in fact, by 2025. 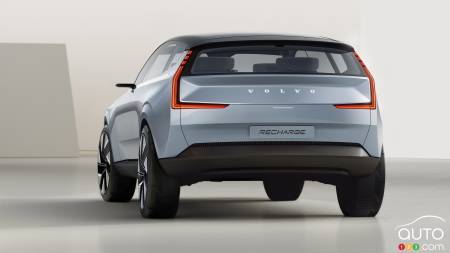 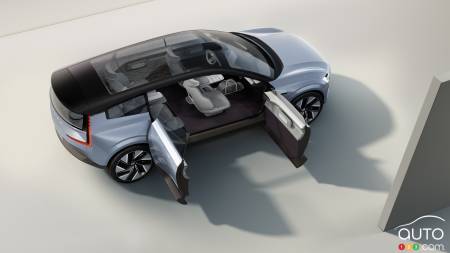 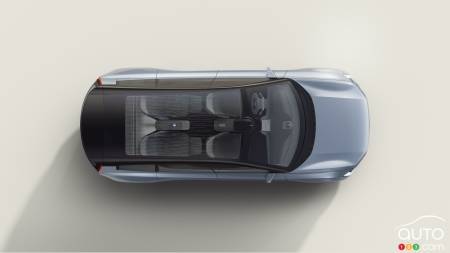 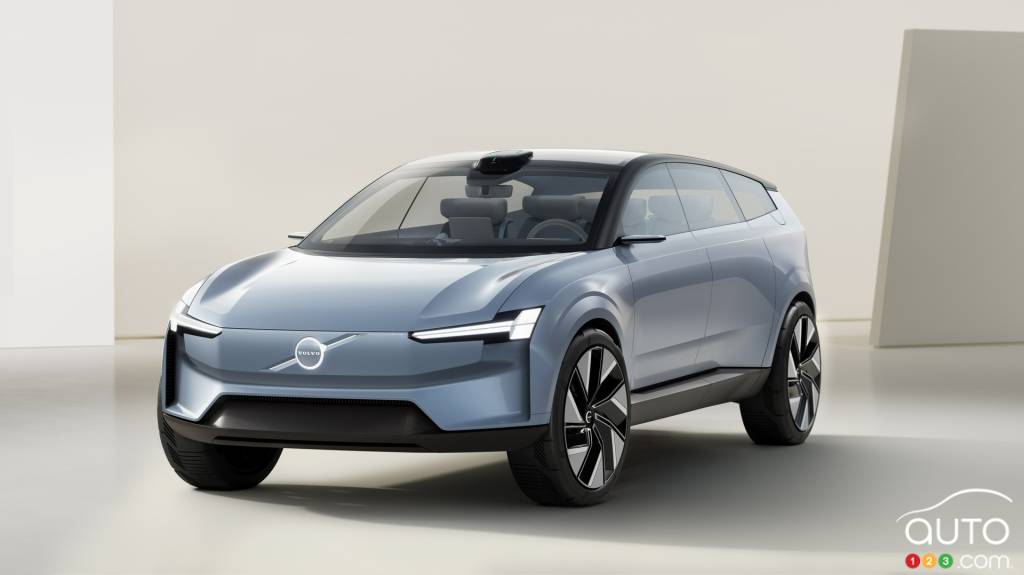 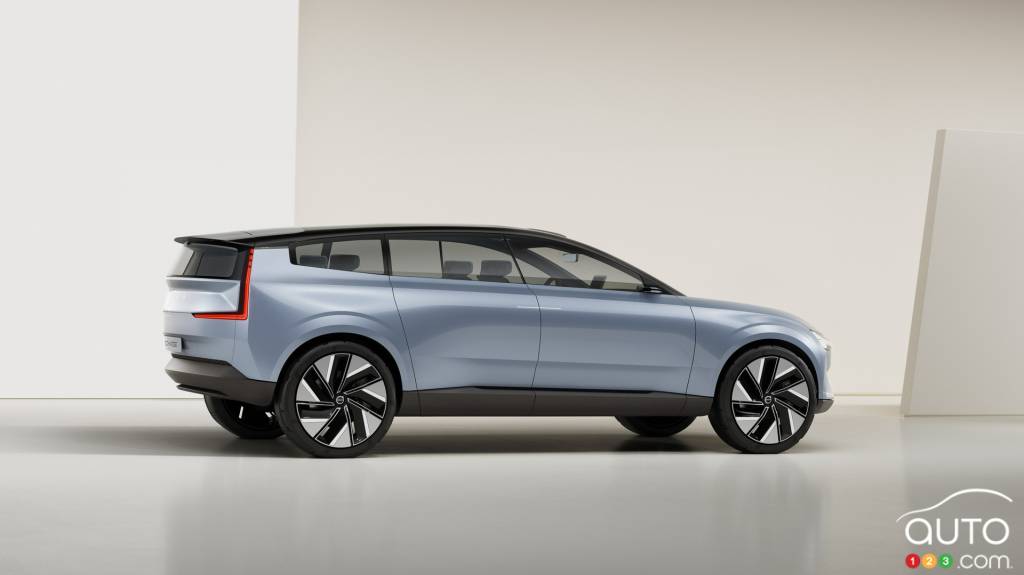 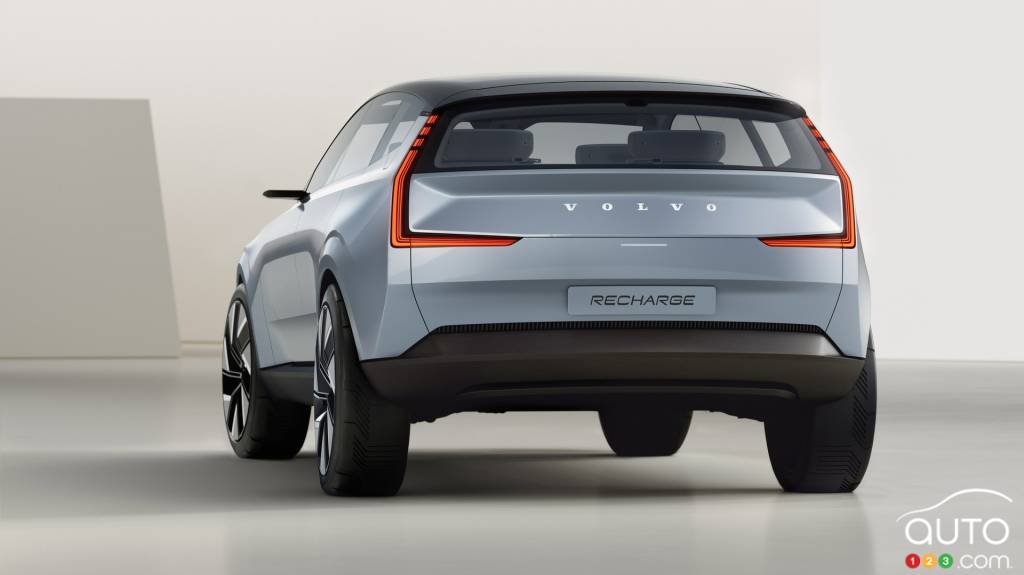 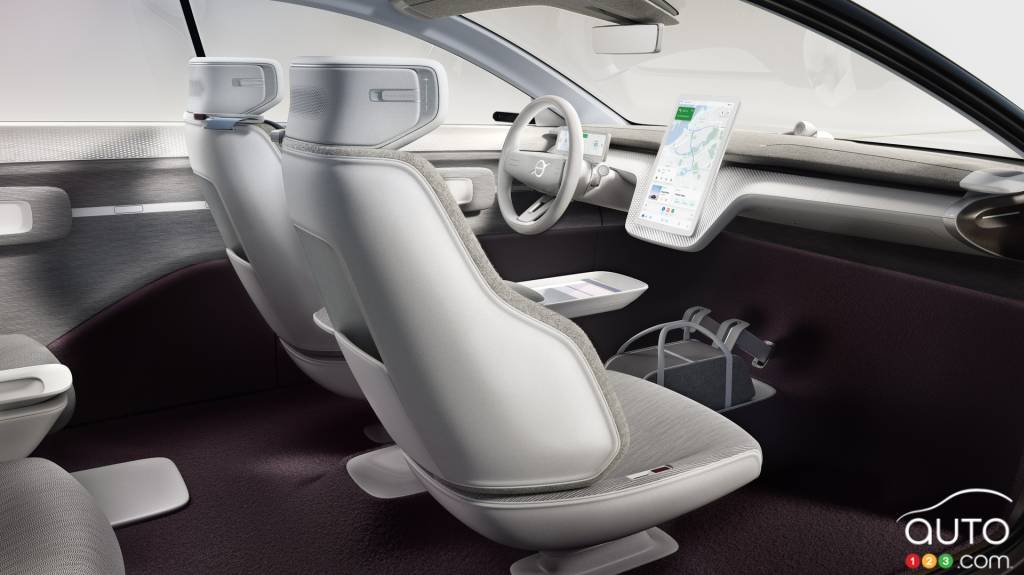 The Next-Generation Volvo XC60 Will Be All-Electric

There is credible information that points to Volvo developing the next generation of its XC60 SUV as an all-electric vehicle. The automaker’s partnership wit...

The 2022 Volvo C40 Recharge is, to over-simplify things, the sharper-looking (but still kind of stumpy) sibling of the XC40 BEV. Its powertrain is impressive...