The Volvo XC40, the smallest SUV on the Swedish brand’s roster, has bene with us for a little over a year now. And from the time of its launch, we were promised an all-electric version at some point.

That point is now fast approaching, as the company will officially present the EV on October 16 – though not before releasing some teaser images, just to make sure interest stays warm regarding this much-anticipated model.

The images show some of the inner components of the vehicle, indicating for instance the placement of the electrical components and the changes that have been made to the company’s CMA (Compact Modular Architecture) architecture. The plug-in hybrid variant of the XC40 integrates a battery inside the central tunnel, while the all-electric version appears to benefit from additional modules under the floor and the second-row seats. 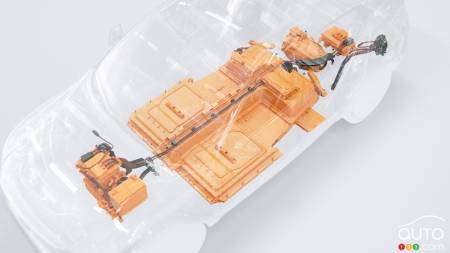 Volvo is also promising that the all-electric XC40 will be one of the safest vehicles it has ever produced. The battery, for example, is encased in a protective aluminum cage to provide a buffer in the event of an accident. In addition, the vehicle’s lower centre of gravity of the vehicle makes it almost impossible for the vehicle to overturn.

In terms of technology, the XC40 also gets new sensors and cameras, as well as radar and ultrasound sensors to help the functioning of the drive assist systems. Eventually, these systems will also serve an autonomous drive capability.

Stay tuned for tons more details and images on October 16 when Volvo puts on the big reveal of the all-electric XC40. 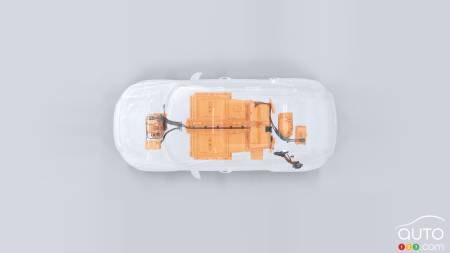 Articles By
Daniel Rufiange
Future Compact SUV From Volkswagen To Be Name...
Article
Kia Previews 7 Electric Models it Wants to Of...
Article

Meet the Foton Big General, a Chinese-Made Co...
Article
More from this author