The electric version of the Volvo XC40 is about to make its public debut, and the Swedish automaker is doing its best to maximize interest in the reveal. Last week it revealed some details about the model’s powertrain, and now we get a few sketches highlighting the unique style elements that will distinguish the all-electric version from its regular sibling.

The most notable element is the front grille that is sealed off, which aims to improve aerodynamics and thus squeeze a few kilometres of range out of the battery pack. Also found there are the sensors of the company’s new drive-assist system, which makes its debut with the XC40 EV.

What else do the images reveal? The front end also gets a small trunk where the combustion engine normally sits. At the back end, there are obviously no tailpipes peeking out from the bottom.

“(The XC40's) bold, instantly recognisable design is now even sleeker and more modern in the all-electric version. Without the need for a grille we have created an even cleaner and more modern face, while the lack of tailpipes does the same at the rear.” 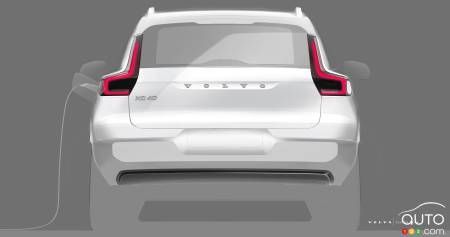 The all-electric XC40 will run on 19-inch or optional 20-inch wheels, and buyers can choose between eight different colour schemes, including a new metallic hue called Sage Green. Included standard is a black roof.

Inside, the presentation is the same as in the regular XC40, though users will have access to information relevant to the electric powertrain, for example battery charge percentage and remaining range.

Last week’s release of details regarding the powertrain showed us that the input for recharign the battery is located on one of the vehicle’s flanks.

As for performance details, we await further information; it’s expected however that the model will benefit from a range of around 400 km. It’s also possible that Volvo will present several variants with different ranges, similarly to Tesla’s strategy.

The official debut of the XC40 electric SUV is scheduled for October 16. 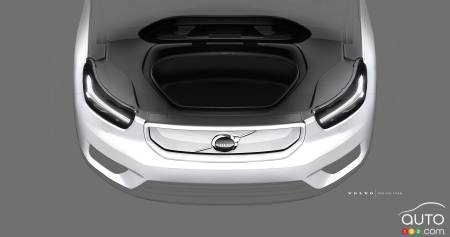 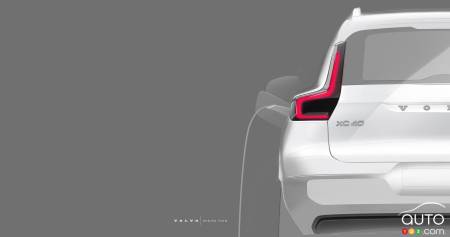 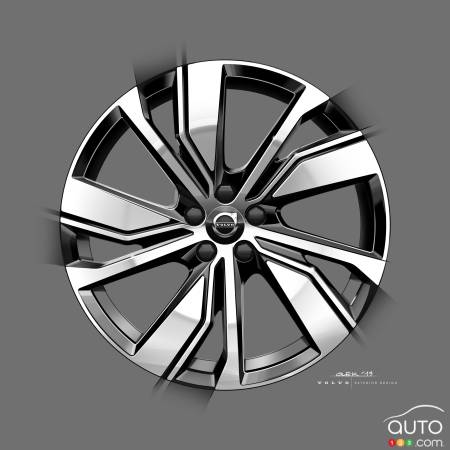 Volvo has published images of the architecture underpinning its all-electric Volvo XC40. The SUV will make its official debut on October 16, and the company ...