Ask people to name a GM-produced high-performance car from the late-60s era, and the overwhelming majority will reflexively answer the Chevrolet Camaro. That’s no surprise really; the Camaro was the manufacturer’s designated retort to the Ford Mustang. The golden child at GM was the Camaro.

Introduced in 1966 as a 1967 model, it turned a lot of heads and seduced many a muscle car fan. It established itself as one of if not the best of its kind in that era.

But we shouldn’t forget that GM at that point was in the habit of producing clones, virtually identical models simultaneously offered under two different banners. This had the dual benefit of reducing production costs and helping franchisees survive. Some even flourished under this system, notably Pontiac dealers as that brand was in full ascension at that time.

It was in this context that a bright little jewel saw the day in 1967: the Firebird.

We revisit, the time of a (too brief) road test, a model that started out in the shade of its more illustrious cousin and sometimes struggled to get out from under it. 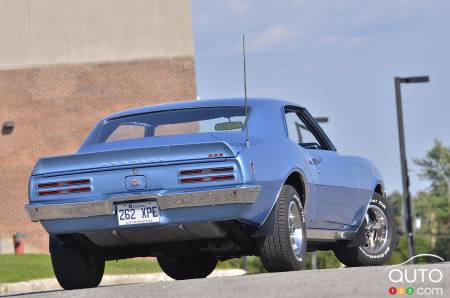 When Ford launched its pony car in 1964, its competitors moved into action to present their alternative takes on the concept.

The Camaro
In April 1964, a year after the Mustang debuted, General Motors set about producing a reply. The company had some models on its roster that were similar to the Mustang, for example the Chevy II and Corvair, but none that could conceivably threaten Ford’s new success story.

That called for something new. And that something would become the Camaro.

After a first announcement of the coming model at a press conference held on June 29, 1966, the Camaro was made available for a test drive by journalists on September 12 of that same year. The public, when it discovered it, fell in love with the Chevy. A legend was born.

At Pontiac
As early as August of 1966, a journalist for the Pittsburgh Press, Henry Ward, wrote about rumours circulating to the effect that Pontiac was about to present a car very similar to the Chevrolet Camaro. Evidently the reporter had good sources, but what was not known by the general public was that the model about to be introduced, the Firebird, was completely different from what the folks at Pontiac had been hoping to produce.

One of the head honchos at the division, John Z. DeLorean, had for years had a vision that Pontiac would create a copy of another Chevrolet car, the Corvette.

Back in 1963, the executive had formed a team dedicated to developing that model. Within a year, clay models had been made, and it was at about that time that the Camaro project got the go-ahead at Chevrolet. 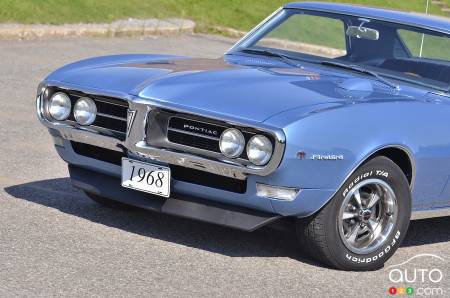 The Banshee
Six prototypes of the car that might have been called the Banshee were built, but the project got little real attention in the upper reaches of GM management.

In 1965, DeLorean was ensconced at the head of Pontiac, and the project moved further along. Some of the designers at the division worked on the project up until 1966. The idea of creating a four-seat version was even bandied about, just in case the top brass at GM wouldn’t be interested in another two-seater like the Corvette.

Then, in March 1966, John Z. DeLorean received the order to abandon the project. Instead, Pontiac was mandated with creating a sports car based on the new Camaro.

One-upmanship
The timeline given the team at Pontiac was short and that piled on the pressure, to be sure, but it also gave it the chance to distinguish its model from the one that was making big waves for Chevrolet. 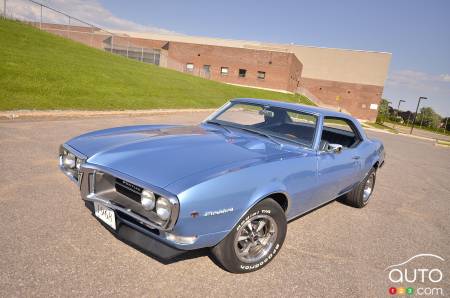 The first decision was to give the car a snout longer by some five inches to create differentiation all while respecting the design language then prevalent in Pontiac models. Positioning the engine close to the car’s centre would help give it road behaviour that was better-balanced, and a few adjustments to the chassis gave the Firebird further ways to set itself apart from the Camaro. By the time these elements were incorporated in the new model, it was too late to include them in the Camaro.

And so it is that, for many, the Firebird is a better car than the Camaro.

As for that Banshee name, it was quickly abandoned. The Firebird nameplate, meanwhile, had a history at Pontiac, having been used in 1954 on a concept called Firebird 1. 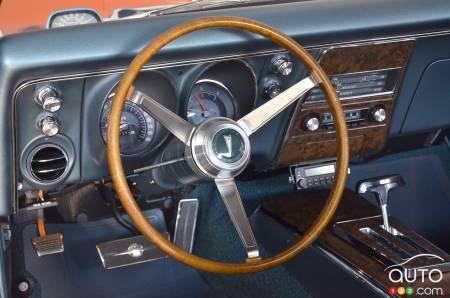 At the wheel
Taking the wheel of a classic car is a special, memorable event - every time. The effect is even more intoxicating when the car I’m given the keys of has been restored and looks even prettier than it did when it was brand-new, in this case in 1968.

Back then, Pontiac offered three powertrains for its Firebird, which could be configured in seven ways. Our test model had once been blessed with the high-output (HO) V8 with 350cc of displacement; at the time that option cost the buyer an extra $181. The official specs for that setup list output at 320 hp instead of the 255 hp of the usual 350cc V8.

For sure, the idea of this exercise was not to check if all the horses are in good health, but it’s still nice to know that you can conjure up some real power when you hit the gas pedal. And we confirm that’s the case with this Firebird. Unfortunately, the transmission it uses is a two-speed automatic and not the 4-speed manual gearbox that was also part of the product offering back in 1968.  It’s safe to say that the presence of that unit would have made the driving experience a more engaging one. 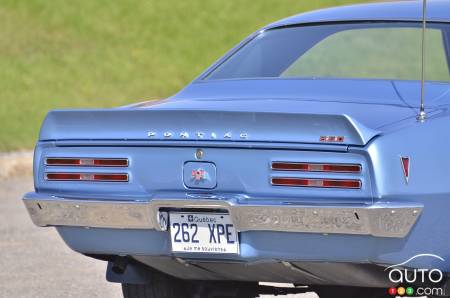 As for the steering, it is well-calibrated, but the weight of the powertrain makes itself felt when cornering. I also felt that the comfort level was little more refined then in a Camaro. In fact, while the Camaro lines up most closely with the Ford Mustang and Plymouth Barracuda in terms of its on-road behaviour, the Firebird is more in line with the Mercury Cougar, a more-refined version of the Ford Mustang.

The other surprise for me was the very acceptable level of comfort offered by the seats. Of course, we’re comparing that to a bench seat. In terms of braking, it proved effective thanks to the presence of assisted disc brakes in front, but even there, caution is in order. ABS systems had not even been invented yet.

Then, of course, there’s that sound coming from under the hood. What music for the ears. So much so that it makes you wonder what the radio was for in a car like this. Collecting dust, maybe? 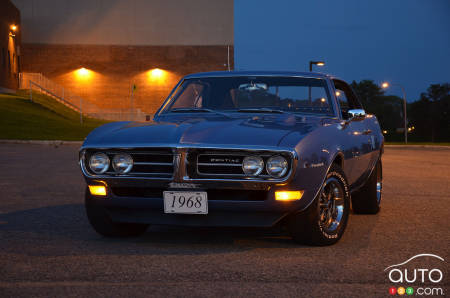 Conclusion
Stuck as it was in the shadow of the Chevrolet Camaro, the first-generation Pontiac Firebird is a car worth discovering. The only Pontiac had the time not to have any Canadian peculiarities, it’s easier to restore since parts can be sourced in the U.S. and are thus more widely available.

Its relative rareness in classic-car circles also makes it a compelling alternative for sports cars of the era. 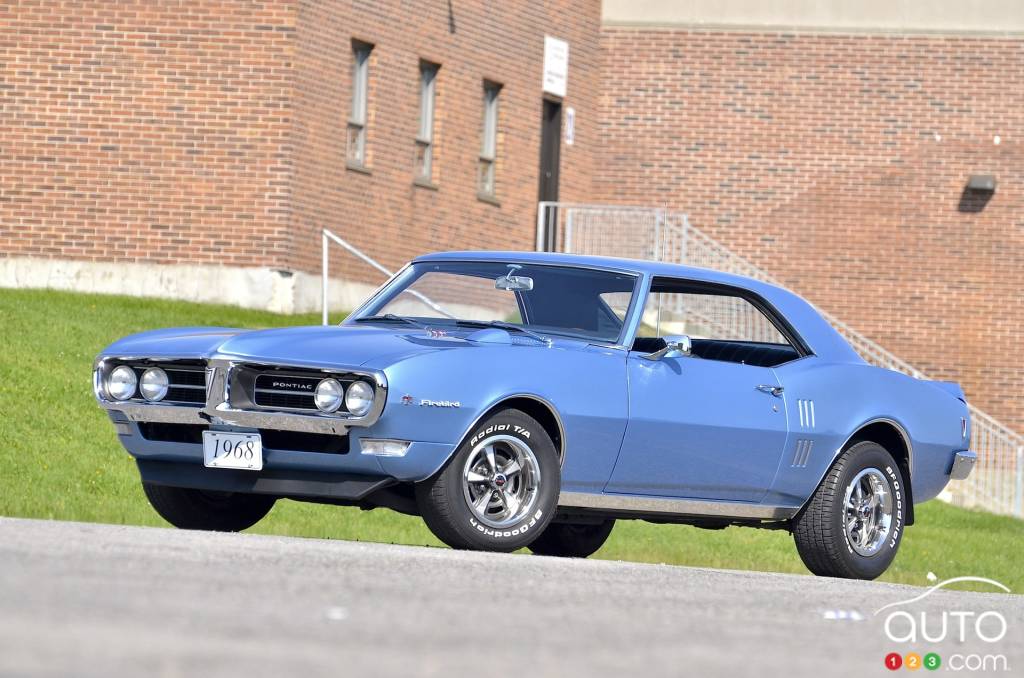 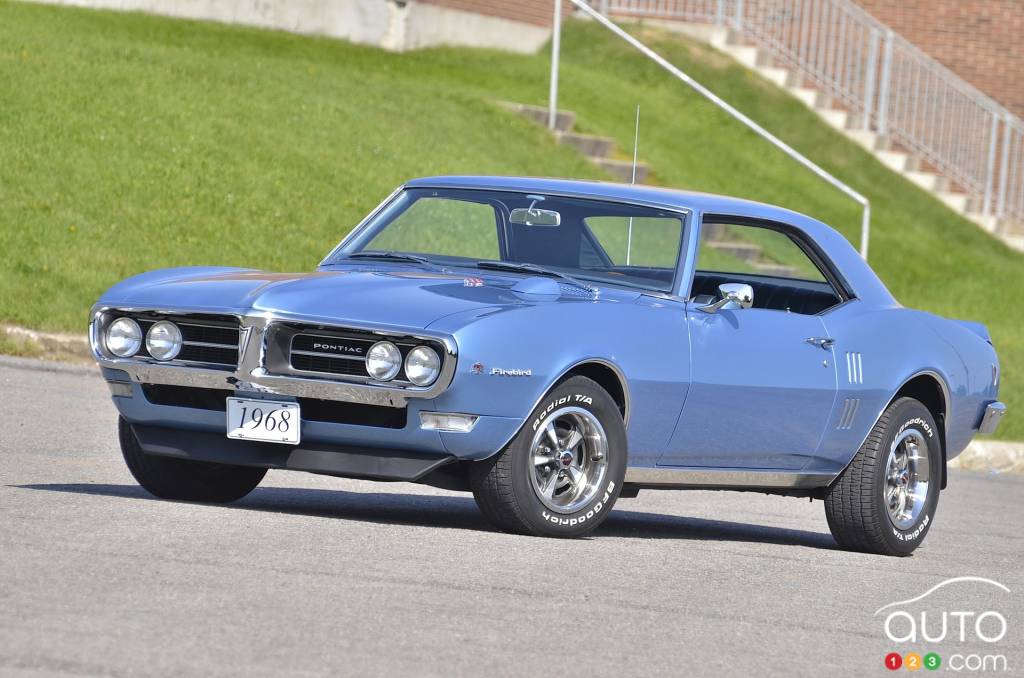 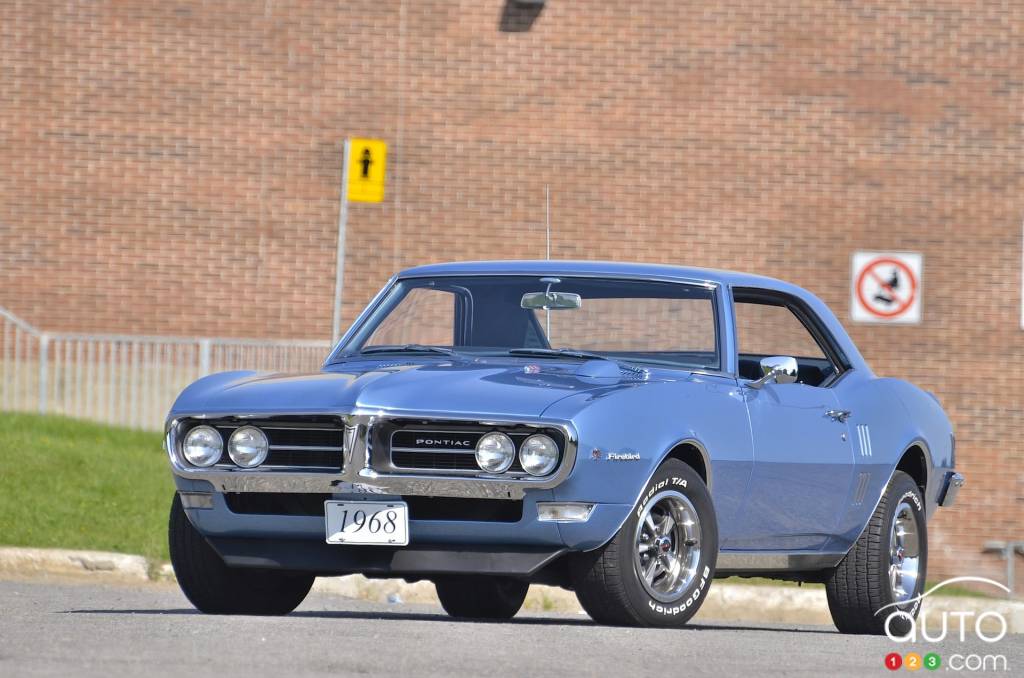 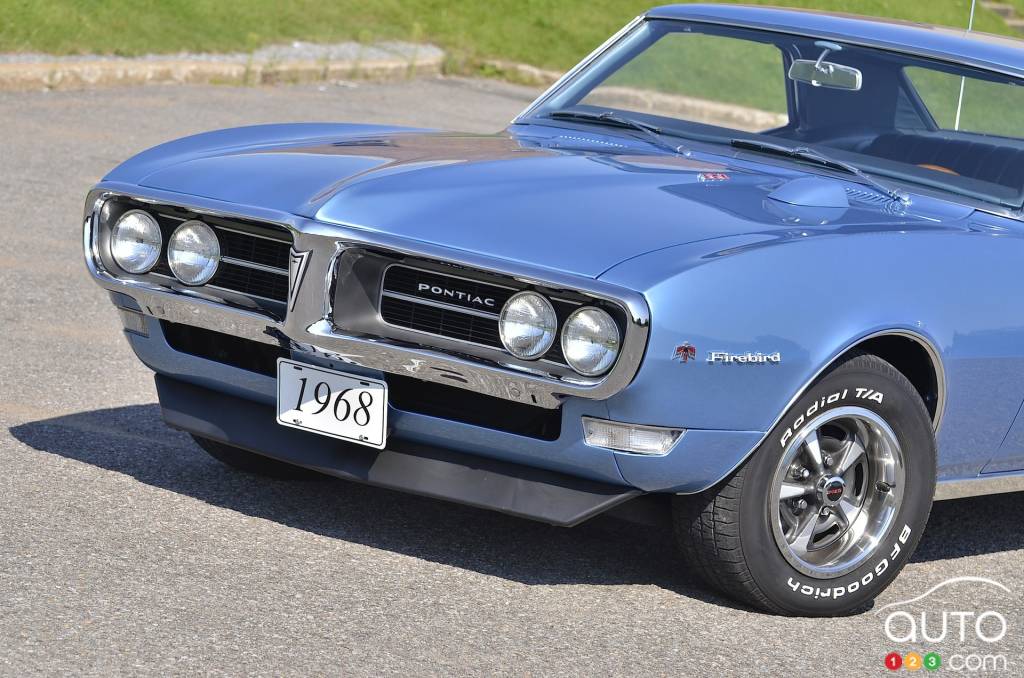 The 2020 Porsche 718 Cayman GT4 is downright magical; this car is blessed with size, balance, power and handling that few others can match out on the road. H...

An SSC Tuatara has managed to set a new speed record for a production car. With its engine capable of spitting out up to 1750 hp, the car driven by Oliver We...

Articles By
Daniel Rufiange
FCA Once Again Trademarks Cuda Name
Article
The Torsus Praetorian: A Bus for the Apocalypse
Article
2020 BMW X5 M Review: As Impressive as It Is ...
Review
More from this author