News
BERLIN, Germany - Cities are making a comeback. They never really went away but what drove people to the burbs and further away still, the cheap cost of energy, is now a thing of the past.

As these changes transpire, mobility is taking on a whole other dimension. Carnuts like me and most of those who work at Auto123.com will always be, but the number of carnuts will not grow in the foreseeable future. Getting around will no longer have anything to do with power, performance and passion; it'll be about simplicity, ease of use and economics.

Think of it as the car becoming something like an iPad; it's a cool tool to use when required, is easy to operate and, to a certain extent, a fashionable item to have. To some, it could sound boring but it really isn't, or better yet, doesn't have to be.

This is actually the second-generation edrive fortwo. The first was based on the current pre-facelifted car but featured a very different powertrain. The most immediate improvement is the in-house, jointly developed Evonik-Daimler battery pack. It is roughly 75% more powerful but more importantly, has a 10-year lifecycle as opposed to the previous Tesla battery which reached its imminent end after four years.

The second highly improved aspect is the jointly ventured Bosch-Daimler electric motor. The new, more efficient and powerful unit, combined with the higher-capacity batteries (17.6 kWh vs. 16.5) are what make the 2013 smart fortwo electric drive move about town with authority.

The reason why 60 km/h is used as a marker is simple: in many cities around the world, it is considered an average ground-covering speed. As with all electric vehicles, the fortwo's instant torque is what makes it an ideal urbanite. From a streetlight, there is no reason why this little car should fall behind.

As well, as with the old cdi engine, top speed is limited; 125 km/h is as fast as the 2013 smart fortwo electric drive will let you go. This cap will allow the fortwo to be taken on the highway, but be mindful that this is how the battery's range will be severely compromised. At full charge and in normal ideal operating conditions, the car should travel a max distance of 145 km.

electric bonuses
The thorn, nay lightsaber, in the smart's side has always been its transmission. Although a few like it, such as me, it has consistently been the source of "yuk, I'll never buy one" for the fortwo. Electric cars have a single-gear transmission. In the fortwo edrive, the ratio is 9.922:1. In other words, it reduces engine speed to useable drive speed or better put still, it essentially has no transmission. It's like a CVT but without engine revs, if this helps.

The weight of the batteries lowers the center of gravity, making the car feel safer and better planted to the road. The pack is located under the passenger-area floor (no trunk space is lost), ahead of engine. Therefore, not only is all the weight between the wheels, as with the basic car, but it is mere inches off the ground. That's what we call a win-win situation.

Steering is tight and surprisingly heavy, and the brakes actually feel better, not as jerky or with play at the top of pedal travel as the regular car. The smart reps on hand told us that these components are identical to the standard fortwo other than an electric vacuum creator for brake boost. Even so, they made the 2013 smart fortwo edrive a real pleasure to navigate through the streets of Berlin.

a few extras
The brakes function in three stages. The first stage is regenerative deceleration, much like all hybrids and other EVs. The second, upon more pronounced regen braking is the brake light simply going on. The final phase consists of the actual hydraulics. Again, they work well and are very progressive.

smart went out of their way to reduce parasitic energy loss on the edrive. Heating and cooling cause huge draws on the batteries so when plugged in, the car sets its interior temperature based on desired settings; no more cold start-ups or sweltering heat.

Evidently, the car must be heated or cooled while driving. Mercedes-Benz has insulated the 2013 smart fortwo electric drive like few others. The doors have insulation as does the firewall. This prevents the batteries from being constantly used for climate adjustments, thus increasing range.

The electric conclusion
Like in all smart and Mercedes cars, safety is, as always, very important. The edrive fortwo is as safe as the regular car with its tridion safety cell, multiple airbags, and crash boxes. No compromises made here.

In fact, the 2013 smart fortwo electric drive is not a compromised car. The cabin is all but identical: the dash-mounted gauge pods now display state of charge and amount of power used or recovered as well as an "off" indicator. The remainder is smart quirky quality.

My time at the wheel of the car was enlightening and revitalizing. smart totes the car as being fun to drive, but it's more than that: it's cool to drive. It's not fast, it doesn't handle or stop like an SLS AMG (ridiculous comparison, I know), but the general feeling is really good. If I've called the fortwo the ultimate urban car in the past, the fortwo electric drive is three steps ahead.

As a city car, the 2013 smart fortwo electric drive is simply amazing.

I will be putting together an explanation on the car's pricing structure and purchase plans. As for MSRP, the coupe retails for $26,990 and the cabrio, $29,990. Watch this space for more details. 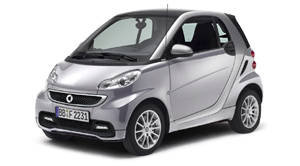 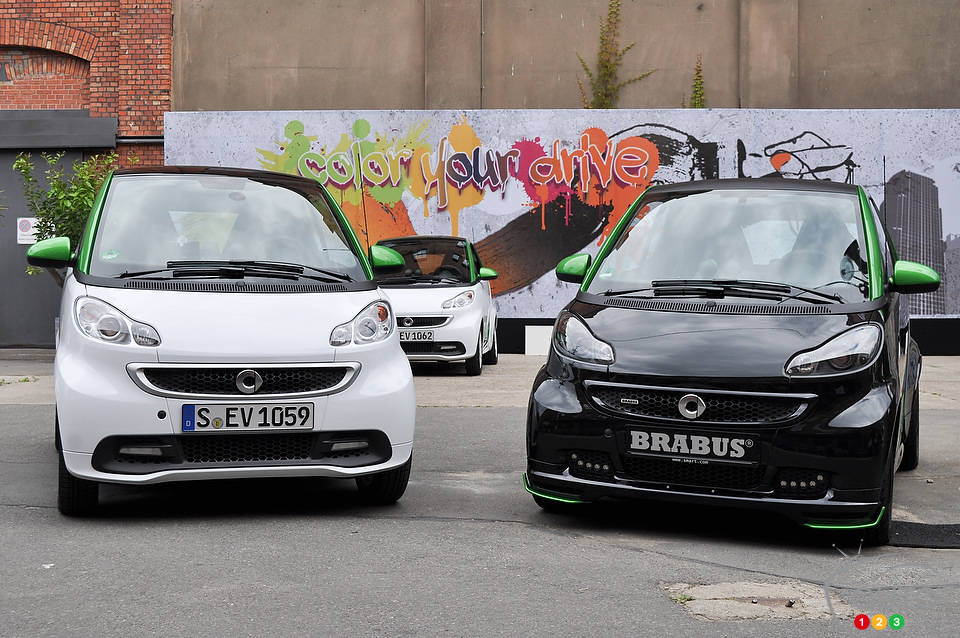 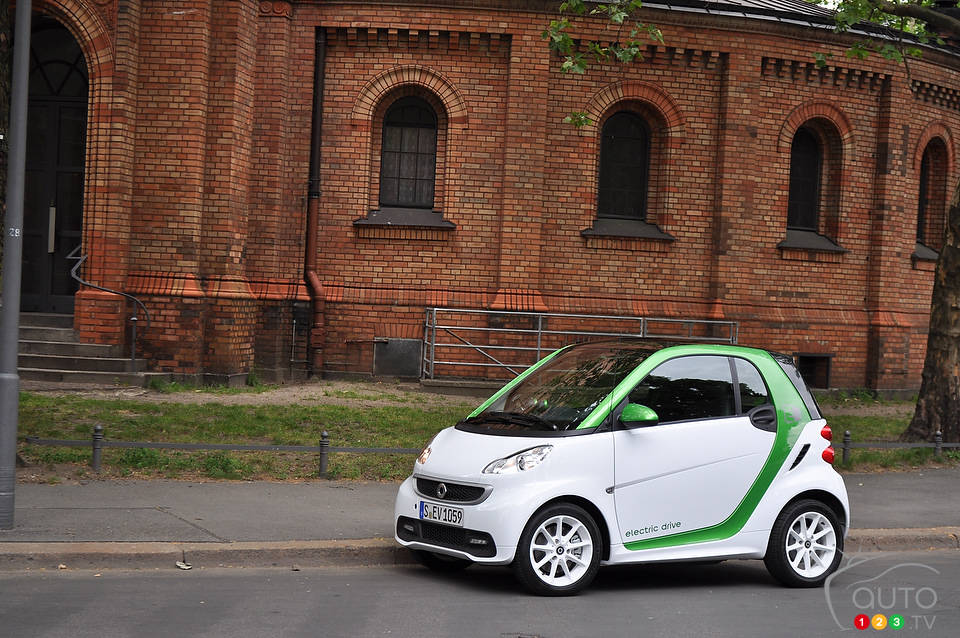 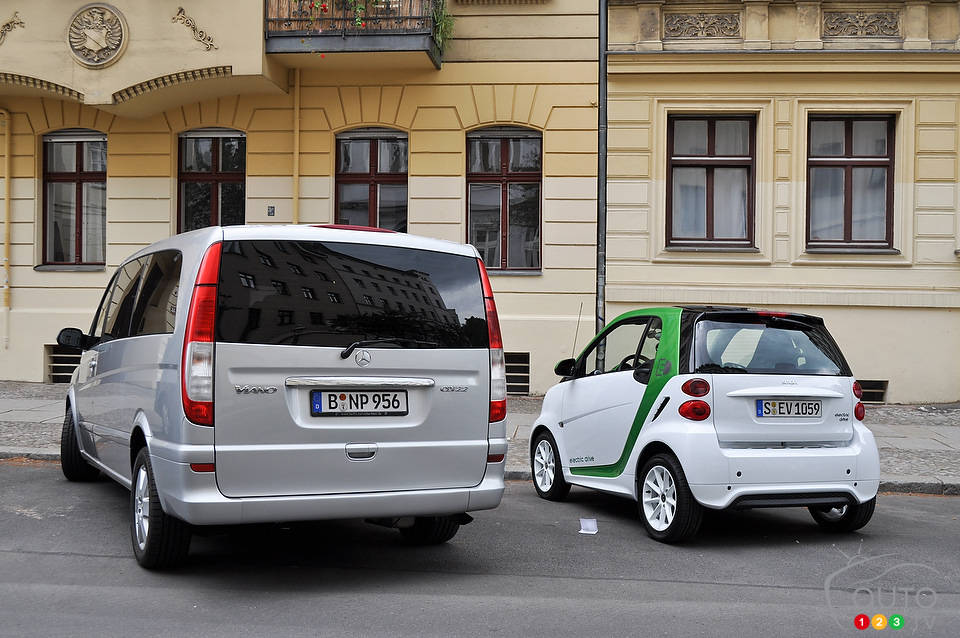 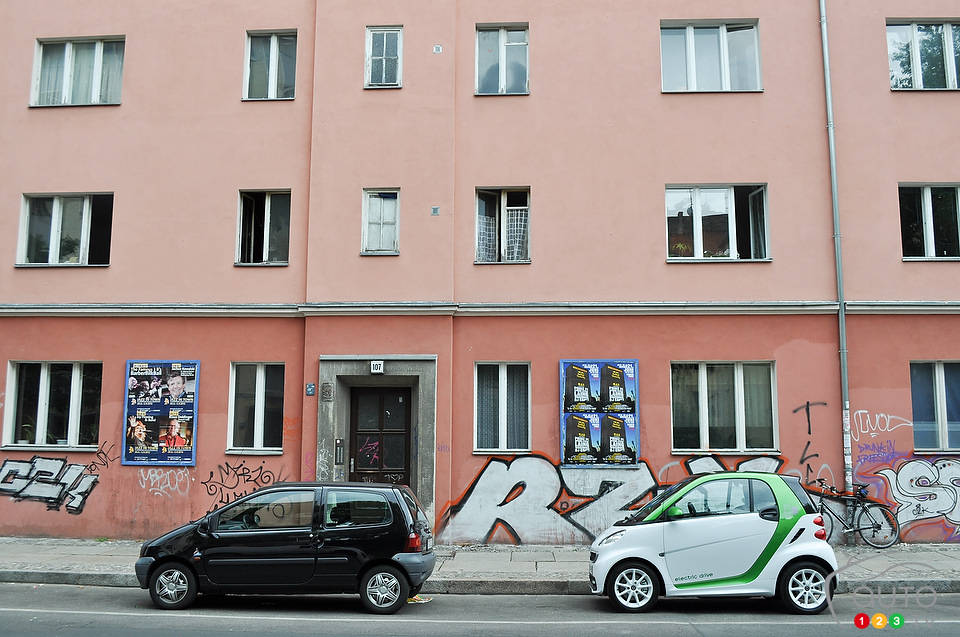 Our society revolves around good looks. No matter how much we try to deny it, beautiful people (and by association, things) do well. If you're attractive, yo...

Despite its size, this agile and impressive two-door bolts from 0-100 km/h in 4.2 seconds, and looks good doing it.

This past summer, one of our favorite activities was gathering a selection of a few of the coolest and most fun cars available on the road today for a compar...