Does this Americanized Alfahave what it takes to play with the big boys? Automotive columnist: Marie-Laurence Paquin , Updated: 2013-11-28 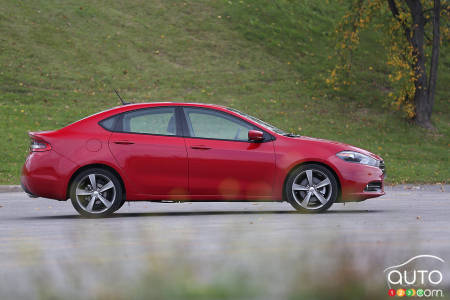 Photo: Philippe Champoux
The 2014 Dodge Dart GT
Dodge is going to great lengths to make a successful return to the North American compact car segment. Launched in 2012 as a 2013 model, the Dart comes back for 2014 with an exciting new proposition: a more powerful GT model with a slew of hi-tech gadgets.

I understand that the competition is extremely fierce, and that automakers must up the ante to stand out from the pack, but when you have a compact Dodge that retails for just under $25K, you have every right to expect a great driving experience. Alas, the new GT lacks bite. What's more, the 2014 Dodge Dart GT’s latest technology and creature comforts are eclipsed by a cramped interior and a thirsty engine.

What is the Dodge Dart GT?
Here we have a small sedan that shares its platform with Fiat's Alfa Romeo Giulietta from across the pond. Unfortunately, it appears that some of the sporty character and Euro-flavoured handling have been lost during the Americanization of the Dart.

The list of features is impressive, which explains the high price. You really have to fall in love with the 2014 Dodge Dart GT to decide not to spend your hard-earned money on one of several go-to nameplates in the compact car segment.

2014 Dodge Dart GT Price and Specs
Motivation for the 2014 Dodge Dart GT comes from a 2.4L 4-cylinder Tigershark engine with MultiAir technology that produces 184 horsepower and 171 lb-ft of torque. The manual transmission (which I tested) can be replaced with a Powertech autobox for $1,300 extra; they are both 6-speed units.

Driving the 2014 Dodge Dart GT
Despite the engine feeling a little harsh, I managed to complete a few good linear sprints when presented with the opportunity -- or the urge. My biggest complaint remains the lack of communication between the 2014 Dodge Dart GT and the driver. The fairly numb steering disappointed me, as did the brakes, which tend to lock the wheels at any time.

The baseball-sized shift knob connects to a decent-at-best manual transmission, while the clutch pedal lacks fluidity and precision. It's as if the company opted to invest time and effort elsewhere. Yet, these are instrumental parts of the driving experience. What's up, Dodge?

On the other hand, the suspension does a good job overall, effectively limiting body roll in corners.

Inside and Out of the 2014 Dodge Dart GT
The sleek-looking 2014 Dodge Dart GT stands out with an exclusive ultra-black grille, 18” wheels, and LED taillights whose shape is supposed to remind us of a race track. Meanwhile, interior styling is enhanced with leather upholstery and red accent trim that amplifies the GT's sporty soul.

The 8.4” centre display adds a decidedly modern touch. It serves as the interface for Dodge's Uconnect multimedia system, which honestly has room for improvement, especially when it comes to voice command: I found it hard to access the menus I wanted, and I only seemed to be able to control music despite pressing the phone button.

I appreciated the rearview camera, particularly with the high trunk. Other than that, visibility is good.

Accessible with the index and middle fingers, the volume and multimedia controls behind the steering wheel are ergonomically positioned. Up front, the uncluttered layout makes it easy to adjust the volume or change radio stations in the 2014 Dodge Dart GT.

The 2014 Dodge Dart GT I tested came with a blind-spot monitoring system and keyless entry with push-button start -- again, more gadgets. As a compact car buyer, it's up to you to decide how much you're willing to spend on this sort of stuff: Are you a real technophile or just someone after an affordably priced sporty car?

Beyond the spacious trunk (by C-segment standards) you'll find a secret storage compartment under the front passenger's seat. Of course, the rear bench seat's versatility (including 60/40 split-folding capability and a centre pass-through) helps maximize hauling options.

Comparing the 2014 Dodge Dart GT
The Honda Civic Si and Mazdaspeed3 are obvious competitors, here. You can also add the Volkswagen Golf GTI and Beetle Turbo. These are well established sports cars for the most part, so the bar is pretty high for the 2014 Dodge Dart GT. You need to be swayed by its looks, newness factor, and lower entry price to justify taking one home. 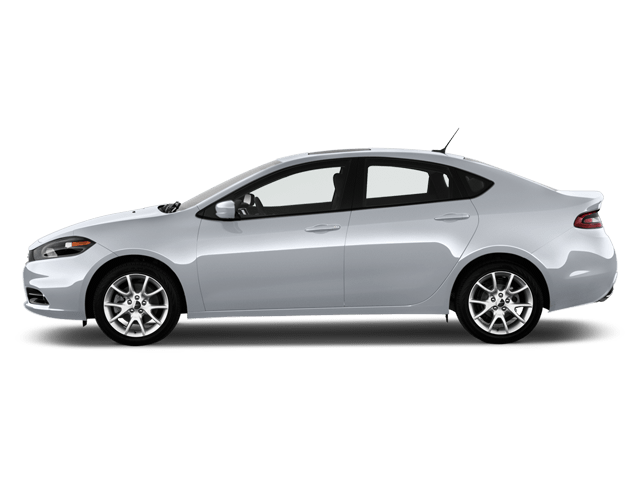 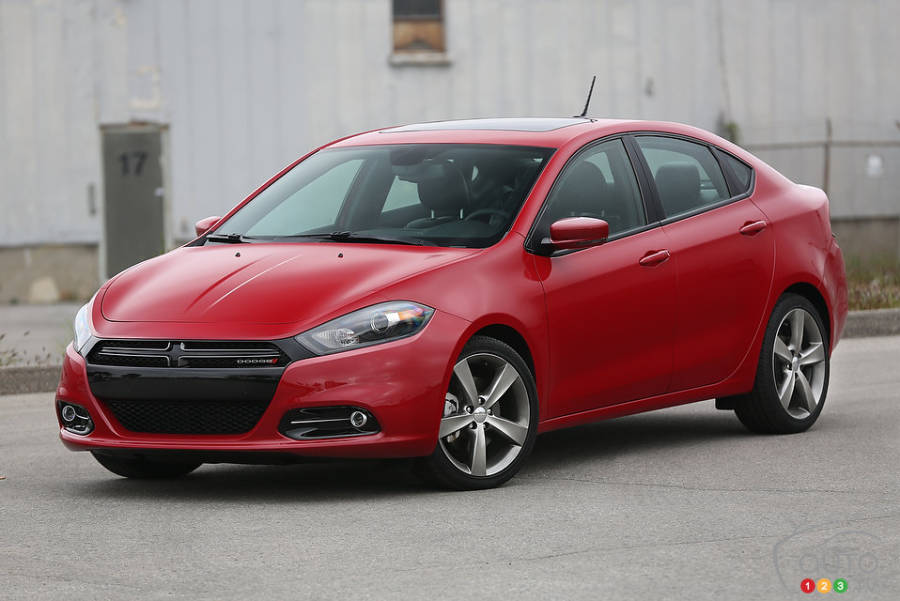 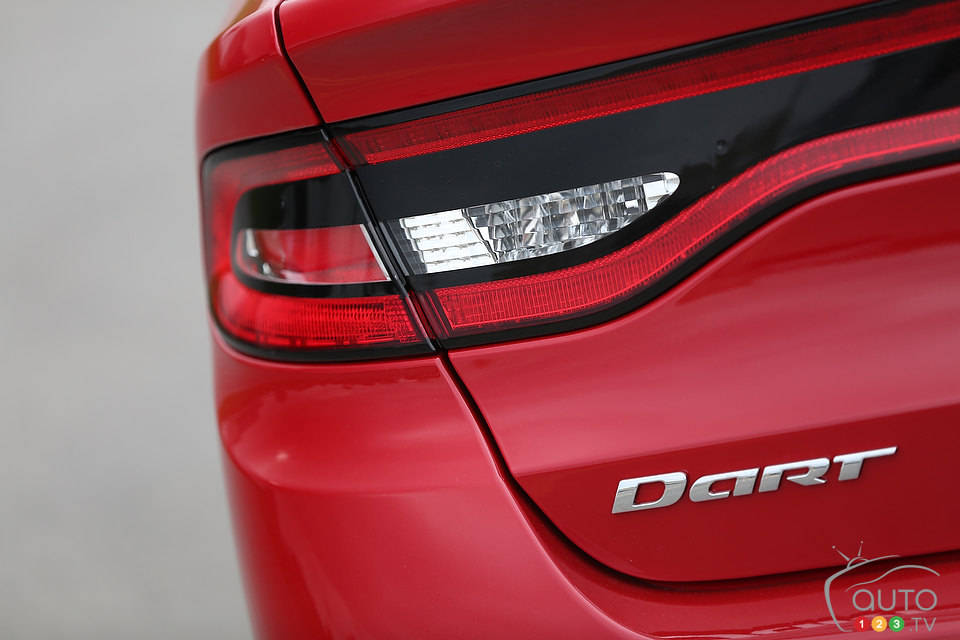 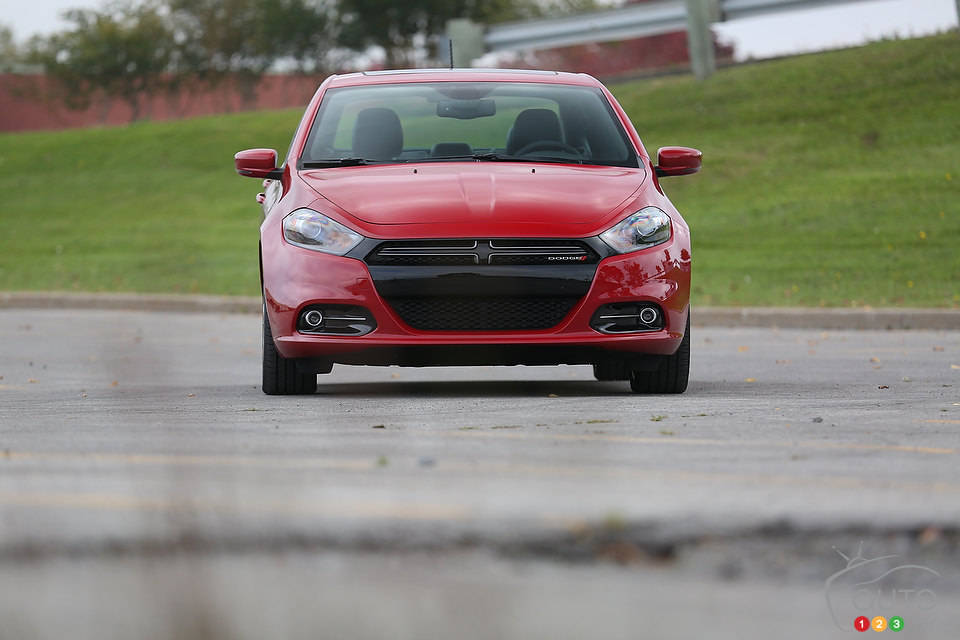 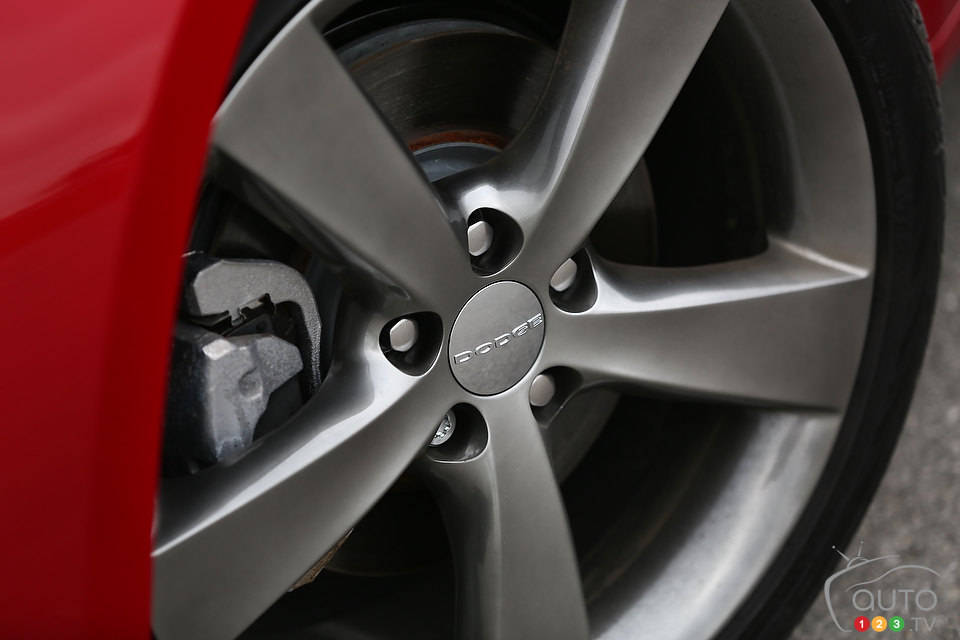 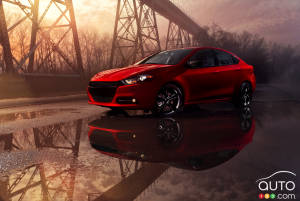