Ram pickups stirred up some controversy a couple years ago when they replaced the traditional pickup truck's leaf-spring rear suspension with multilink coils. That setup has proved a winner for the brand formerly known as Dodge, and when they released the segment’s first air suspension last year it garnered Ram multiple industry awards -- not to mention a 30% market share, up from 13% in 2009.

For 2014, Ram’s done it again by producing the industry's first light-duty pickup with a diesel.

While other companies have chosen to turbocharge their powerplants to achieve optimum fuel efficiency, Ram developed several technologies that lower consumption: reducing parasitic load on the engine, fuel-saving start/stop, improved aerodynamics (including active grill shuttering), and now the segment-exclusive EcoDiesel.

Although official fuel numbers for the diesel have yet to be released, the V6 Pentastar pickups are claiming a Best in Class fuel economy of up to 7.8L/100 km highway.

Driving the 2014 Ram 1500
Of course, the big news here is the available 3.0L EcoDiesel. Although we drove all configurations, the diesel is bound to be the one that generates the most buzz for the Ram 1500, being the only one in its segment. It's an idea that is long overdue, especially given the current price of fuel.

The 2014 Ram EcoDiesel is light-years beyond the oil-burners of my youth with their stench and clatter. Beautifully refined, smooth and powerful, it will banish any preconceived notions you may ever have held about diesel pickups. Chrysler has yet to release any official ratings on this engine, but claims it will better the consumption of its Pentastar V6.

Our drive was limited to about 20km of rolling Halton Hills country roads, but was enough to convince us that the 420 lb-ft of torque was enough power to have us wondering why anyone would opt for the Hemi. It's perfectly matched to the 8-speed transmission, which makes efficient use of the engine's abundant low-end torque.

Inside and Out of the 2014 Ram 1500
The Ram retains its rugged "big rig" appearance, updated with content and a signature grille to suit each trim level. There are now 12 paint choices, available in single or two-tone, depending on the model.

We drove a Hemi-powered Crew Cab Laramie 4x4, resplendent in cherry red with grey trim, and chrome brightwork; as wells as the EcoDiesel version in a Quad cab Sport.

Both interiors are roomy and comfortable, and if they don't boast the almost ludicrously rich hand-tooled embellishments of the Longhorn, they feature quality materials with tight-fitting panel gaps. There's plenty of legroom in both configurations, although the Crew Cab is extraordinarily accommodating. All 8-speed-transmission equipped vehicles feature a dash-mounted rotary shift knob.

Comparing the 2014 Ram 1500
Since the 2014 Ram is the only light-duty pickup to offer diesel (until Nissan's Titan, predicted to arrive next year), the competition just got tougher. 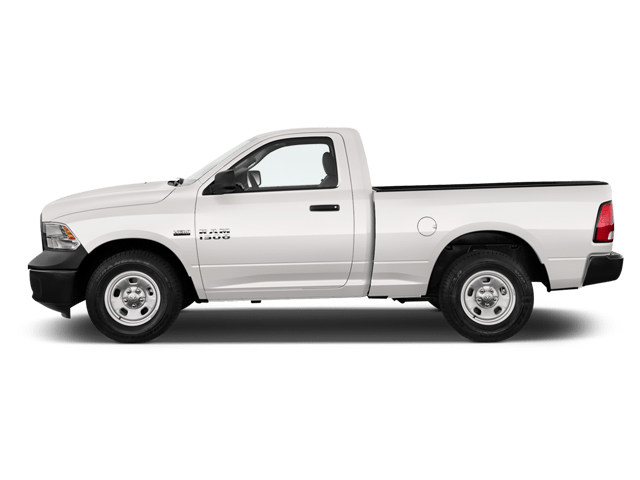 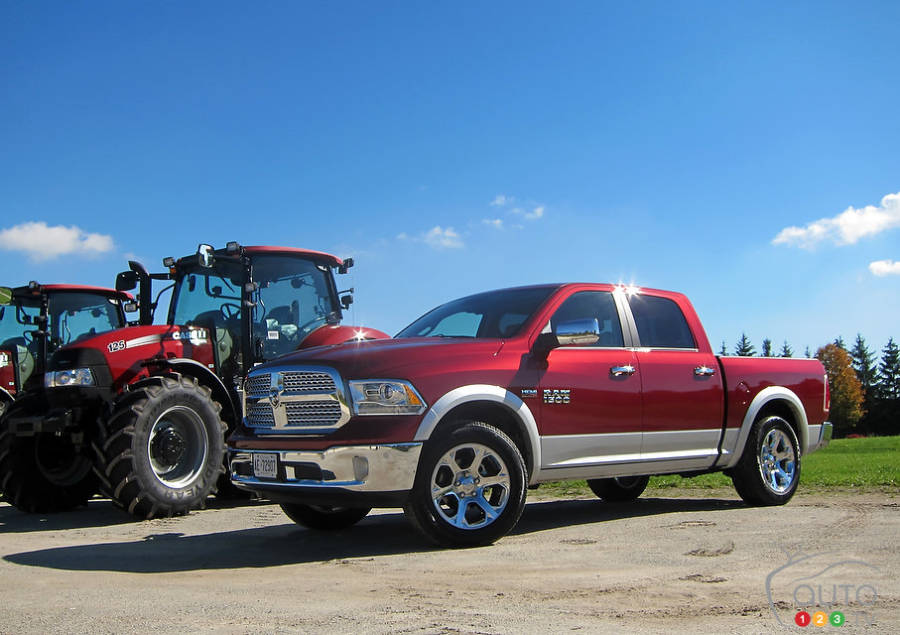 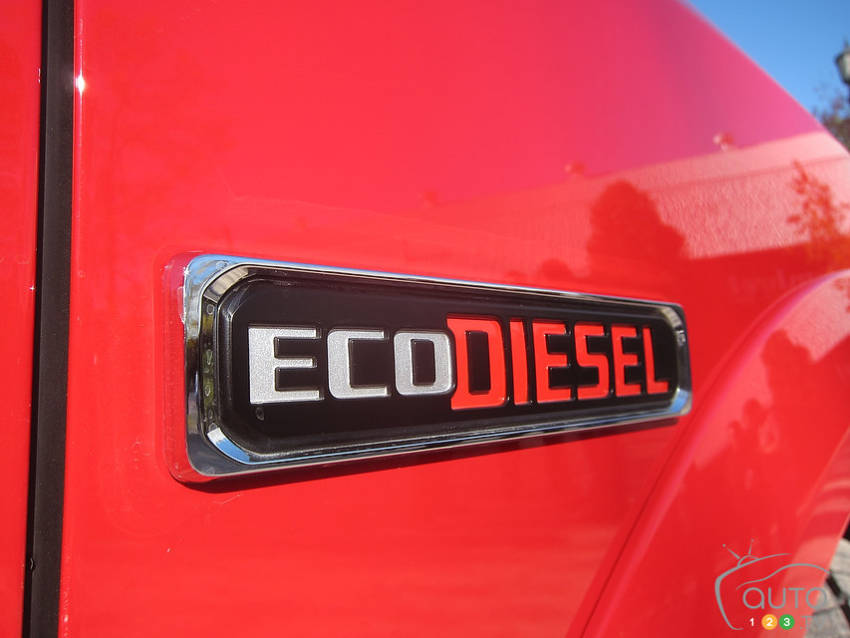 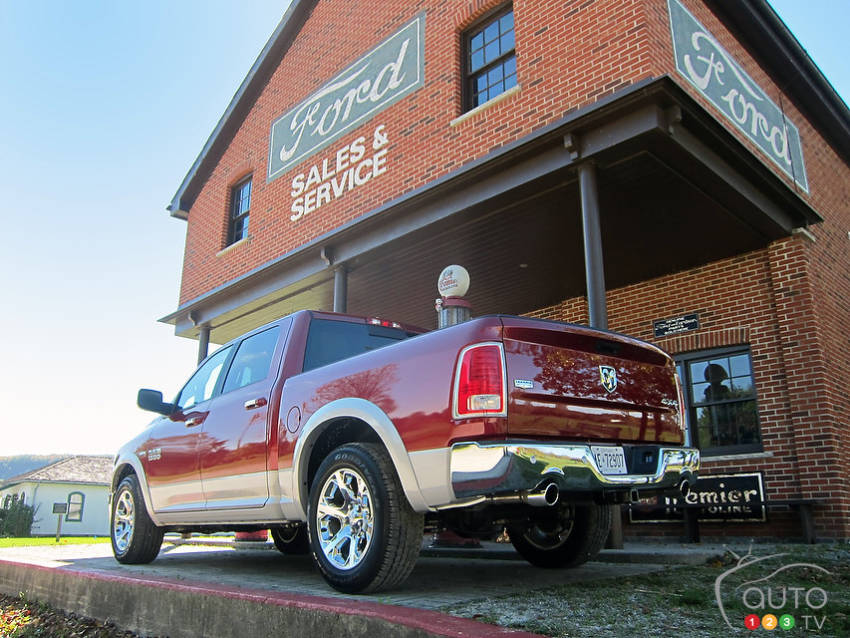 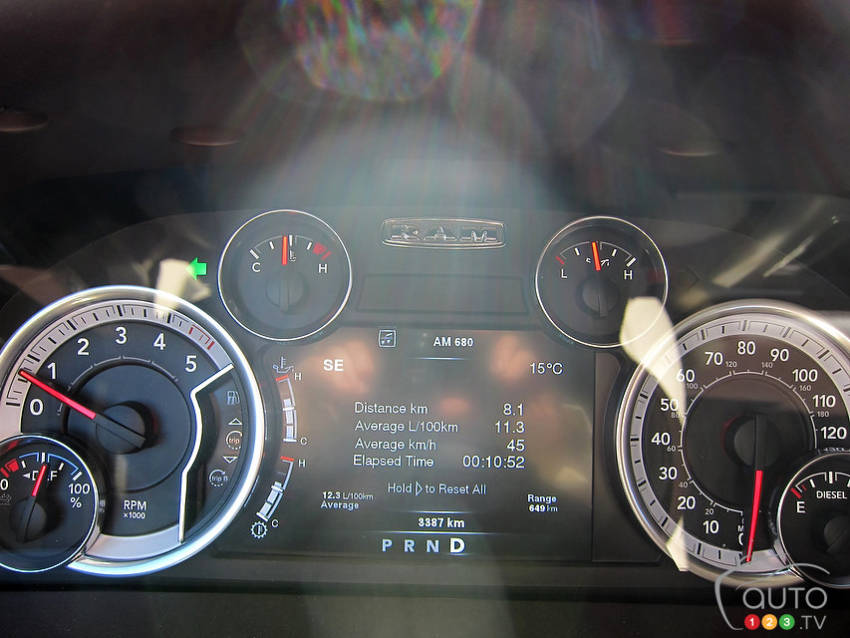 Chef Andrew Zimmern has a great personal rule: he must try something twice. Much like judging a book by its cover, making up one's mind after one single samp...

Titan probably has the best system of tie downs and storage in short box pickups. Titan was the first to have a half door that opened more than 90 degrees. O...

The Honda Ridgeline is unique in its methods of construction, which gives it exceptional torsional rigidity that provides an excellent platform for light and...