Toyota has announced it is recalling around 752,000 Prius cars around the world over a potential issue that could cause the engine to lose power or stall altogether. 11,576 models in Canada are affected by the recall.

Toyota said in a statement that the models in question are designed to switch to a fail-safe mode if anomalies are detected in the hybrid system. In some cases, however, this switch may not happen, and the engine could then lose power or even stall. Toyota points out that in this eventuality, power steering and braking are not affected, but that if a stall happens when the vehicle is moving at speed, there’s risk of an accident.

Dealerships will update the hybrid system software without charge. Toyota says that vehicle owners of affected vehicles that suffered an inverter failure (this is the electrical device that converts direct current into a higher voltage alternating current) will get that unit replaced. 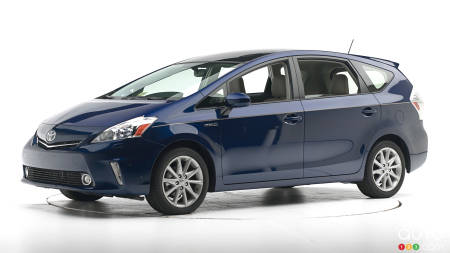 Nissan is recalling 1.8 million vehicles, including over 49,000 in Canada, due to a problem with a potentially sticky secondary hood latch. The model identif...