It’s a tough go for small American trucks these days. Ever since the last Ford Ranger left the line in 2002 into the eager hands of the Orkin Man, Japanese manufacturers Nissan and Toyota have kind of run the table in the segment.

Yet another death knoll rang when Ford was all-a-bluster about the aluminum construction and all-new EcoBoost engine found in the 2015 F-150, effectively killing the chances of us North Americans ever seeing the latest Ford Ranger in our markets, even though it’s making the rounds in South America and elsewhere.

There is, however, some light at the end of the tunnel. It comes courtesy of Chevrolet, in the shape of this: the 2015 Colorado light pickup.

All-new, indeed
The template for the previous-gen ‘Rado has been kicked to the curb, replaced by a more modern looking item. It looks unlike any truck the American Big Three have ever produced, in a bit of a nod to the “if ya can’t beat ‘em, join ‘em” adage.

The rounded front end with narrow headlamp lenses, blacked-out grille, the tapered rear side windows, the black painted side steps and rounded edges are very import-like. If you want the squared-off jaw, big chrome grille and chrome running boards, well, there are plenty of trucks that can get you that.

With the Colorado’s styling, more so than just providing something different for pickup buyers, Chevrolet has also given crossover buyers something to think about.

You see, just as manufacturers are positioning their half-tonne pickups to cover more lifestyles, there’s no reason the same can’t be done for the Colorado. We all know the crossover buyer: active, in need of some practicality but some style and fun, as well. The Colorado, with its funky-for-a-pickup styling, provides that, with the added benefit of a pickup bed.

You can still do work with it, though
Of course, Chevy hasn’t forgotten the Colorado’s pickup roots -- the bed (there are two sizes: 1,525mm and 1,825mm) features four tie-down hooks, side cutouts for box customization, and the latest application of GM’s Corner Step rear bumpers (rear bumper cutouts on either corner big enough to fit a steel-toed work boot). The chunky Goodyear Wrangler rubber, meanwhile, is befitting of our tester’s Z71 off-road package. Ours also featured a bed spray, a $525 surcharge, and I’m a big fan of the way the tailgate glides open smoothly on a pair of hydraulic dampers.

What I could do without, however, is the way the fuel tank sits close to the left side of the box, meaning you don’t have completely flat sides on the left.

Inside: This is a Chevy? Really?
Inside, while the gauge cluster and centre stack are very reminiscent of the Silverado, the chunky, leather-wrapped steering wheel, console-mounted shifter and two-tone cloth/leatherette seating are modern touches that fit well with the exterior styling. The seating position, meanwhile, is all truck with a nice, high, commanding view outwards over a long hood. I do wish the bottom cushions of the rear seats folded down to the floor, however; the seatbacks fold flat, but you wouldn’t want to put too many heavy items on those; better to use the floor as you do in an F-150 or Tacoma.

Young buyers also like their tech, and the ‘Rado is sure to impress here, especially considering its 4G LTE capabilities. It was a feature that was brought to everyone’s attention thanks to an ingenious marketing campaign during this year’s Super Bowl (incidentally, a Colorado was given to that game’s MVP, rookie cornerback Malcolm Butler courtesy of Tom Brady). Basically, it turns your truck into a Wi-Fi hotspot, allowing you to surf the web, stream music, etc. Our tester also featured a $795 option package that gets you navigation, 8” touchscreen and satellite radio. An additional $685 gets you premium Bose audio.

V6 Power
Power comes in the form of a 305-horsepower, 269 lb-ft V6 -- your only option if you select a Crew Cab, there’s a 2.5L four if not -- that’s plenty powerful and gets the Colorado up and running in no time. It’s a great step up on the 5-cylinder the previous generation truck had.

All that power is fed to either the rear wheels or all four, through a 6-speed automatic with manual shift control (V6 trucks only); 4x4 models get a two-speed electronic transfer case. We had an opportunity to take the Colorado off-road a little, where it handled the moderate bumps and berms we threw under it with ease.

On the road, independent struts and rear leaf springs are appropriately truck-like, but we didn’t feel the bounce over repeated undulations in the tarmac normally associated with unladen pickups, another testament to the Colorado being used as something more than a pickup.

And it is more than just a pickup, the Colorado, especially in this trim. There’s plenty of literature out there by colleagues of mine that praise the Toyota Tacoma as “the lifestyle pickup,” whether it be ferrying mountain bikers to the trails or families to the campsite.

The Colorado, however, finally gives the Tacoma something to think about after all these years. 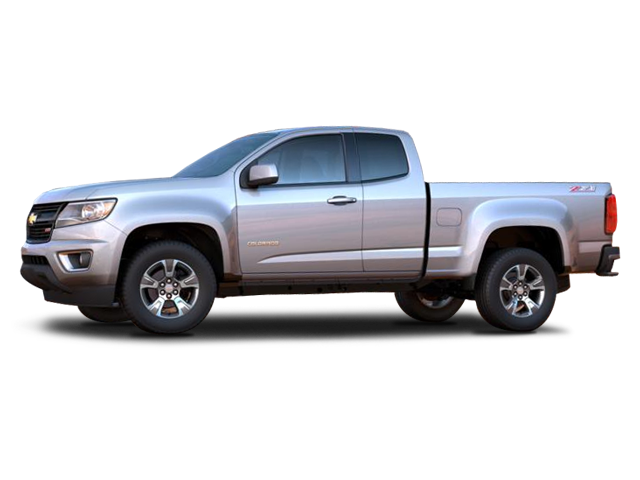 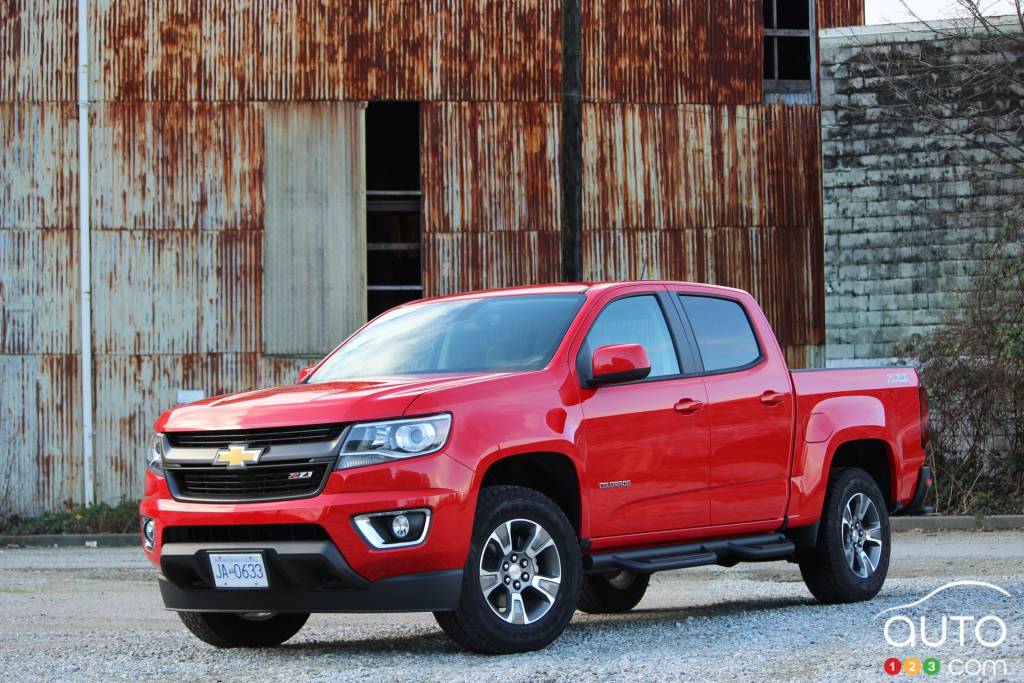 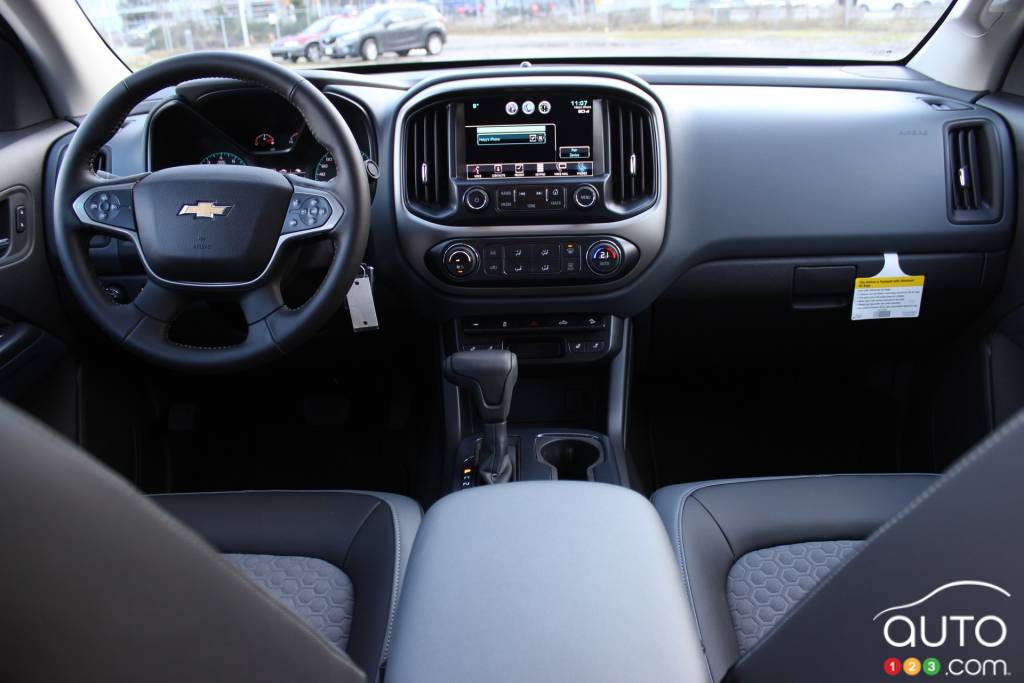 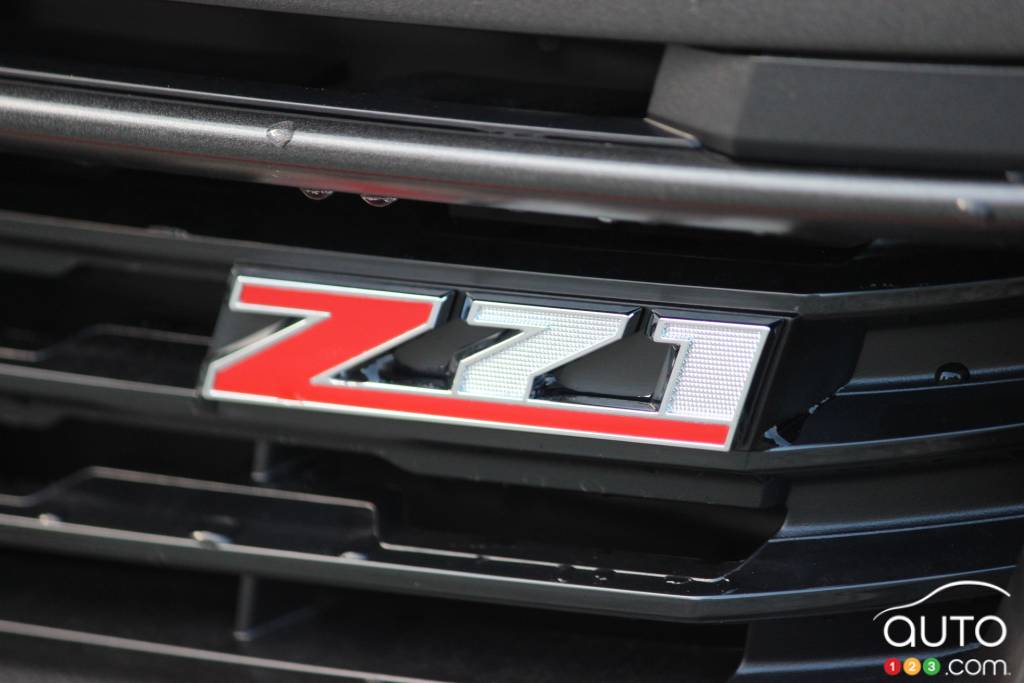 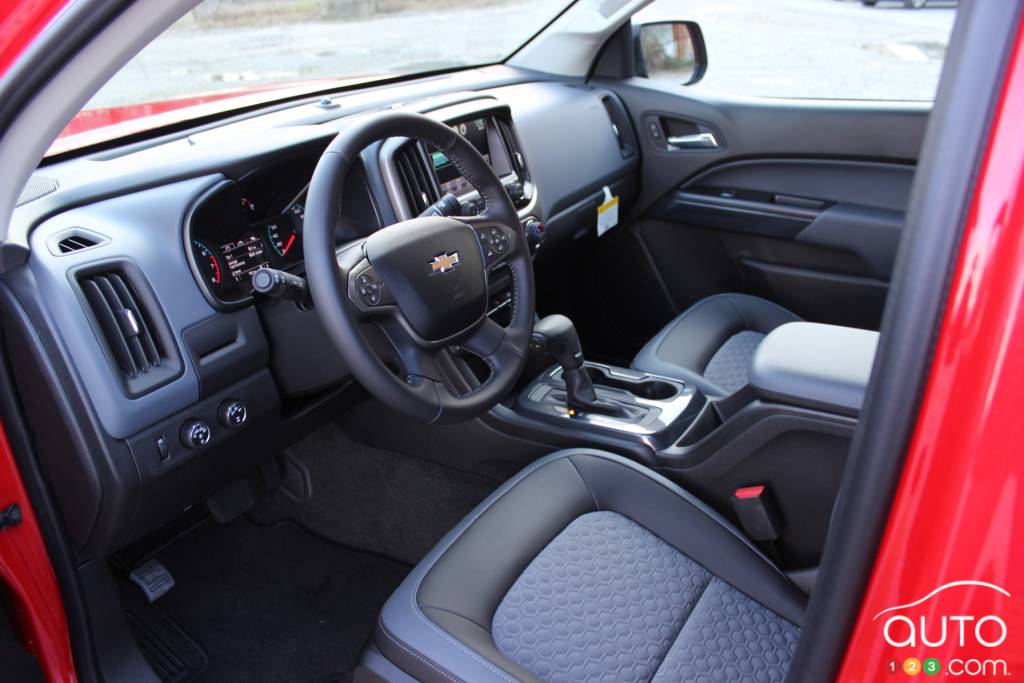 The NHTSA is looking into a 2016 General Motors recall of the 2015 Chevy Colorado and GMC Canyon trucks after some 50 new complaints are reported to the agen... 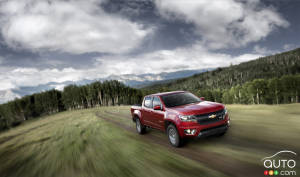 General Motors is taking the midsize truck market seriously again. The new 2015 Chevrolet Colorado (to be later joined by the GMC Canyon) will offer improved...