With a base price of $77,660, and the long-wheelbase XL reaching above $95,000 when fully equipped, no one should question whether General Motors sees the GMC Yukon Denali as a premium model. But does it measure up?

My tester was a standard-wheelbase model, which was just fine as its overall spaciousness was more than enough for my requirements and arguably better suited to a suburban lifestyle. Excuse the crafty reference of the Yukon XL’s long-wheelbase Chevy Tahoe fraternal twin, but it allows me a somewhat clumsy segue into a styling preference of mine: any Yukon over either bowtie model without a moment’s pause.

This is an SUV you can feel proud to drive. Whether in base SLE, mid-grade SLT or top-line Denali trim, the 2016 GMC Yukon looks fabulous, although the Denali’s extra chrome, larger wheels, and other refinements make it stand out from its siblings and the full-size luxury SUV crowd. In fact, pull up next to most premium sport utilities and it awes with clean, crisp styling that looks good without trying too hard. The headlights and fog lights aren’t as bejeweled, it’s devoid of side-mirror turn signals, and the taillights are downright simple, but inherently good design doesn’t need outward stimulus.

Welcome aboard!
GMC continues its good taste inside, with the Yukon Denali outfitted to a higher grade than its lesser model mates, and of course the Chevy Tahoe. Granted, Cadillac takes the premium cake with its Escalade, as it should with pricing that ranges from $85,000-$115,000. This GMC is more equal to the Lincoln Navigator in terms of style, material quality, and features, while it comes close to meeting the same criteria against other luxury-branded utilities. In other words, the GMC Yukon Denali is a true premium SUV in most respects.

Respect in mind, I experienced a helluvalot while driving past countless fans who stared longingly, willingly shared unsolicited thumbs-up, and just generally fawned all over it, and most of those hadn’t even been inside. GMC is obviously targeting a more sophisticated client than it used to, although it makes no bones about being the truck-like luxury alternative to the ultra-glitz Escalade. It’s more conventionally laid out. The gauges could be pulled from a Sierra Denali, while the leather-wrapped multifunction steering wheel looks identical. Ditto for the contrast-stitched leather seats and centre armrest.

GMC hasn’t missed many beats when it comes to soft-touch surfaces, either. The entire dash top is covered in high-quality padded synthetic, whereas the instrument hood is wrapped with a separate piece of stitched leatherette. The door uppers are finished in similarly stitched, leather-like material, too. Also impressive, the instrument panel and lower console are detailed in French-stitched leatherette, even including the bin lids. The lower door panels, lower portions of the instrument panel, and glove box lid aren’t even near soft, however, which is strange considering the Sierra Denali’s glove box is. Moreover, there’s no excuse for plastic-wrapped roof pillars in a vehicle costing upwards of $80,000.

Then again, no one should complain about the switchgear, with most made from high-quality materials, while nicely damped and tightly fitted. They’re mostly large and easy to use with winter gloves, plus the dials get wrapped in grippy rubber. I’ve always liked the digital readouts within many of GM’s knobs, while elsewhere in the Denali’s cabin, gorgeous high-gloss Java Burl poplar veneer and beautiful dark-tinted burnished aluminum are very eye-catching.

Easy driving
A good design and plenty of adjustability make for wonderfully comfortable, perforated leather seats, their position being ideal for accessing controls. Power-adjustable pedals and steering column help in this respect. Meanwhile, the Yukon’s all-around visibility is superb; reversing is assisted by large side mirrors, a big backup camera with active guidelines, plus parking sensors front and rear.

Despite its size, the GMC Yukon Denali is easy to guide around town, a joy to coax through a winding country road, and effortless on the open highway, even mid-winter, all due to a rigid body structure, a fully independent suspension incorporating a rear multi-link design, and GM’s Magnetic Ride Control technology.

As sophisticated as all that sounds and as wonderfully as it works, there’s nothing like tonnage to keep a vehicle planted in its lane: The Yukon Denali’s 2,606 kilos put it well into heavyweight territory. Only high speeds through floodwaters will cause aquaplaning, the Denali merely plowing through slippery slush and white fluffy stuff. Kept at reasonable speeds, it’s one of the safest, most comfortable vehicles for a winter road trip, and amid summer’s heat it’s a fully capable Airstream-hauling beast of burden. GMC rates its payload capacity at 796 kilos and trailering capability at 3,765 kilos, so even fully laden up a steep grade you won’t slow down traffic.

Ample power
The 2016 GMC Yukon Denali’s 6.2L V8 puts 420 horsepower and 460 lb-ft of torque down to all four wheels via an ultra-smooth 8-speed automatic transmission, making light work of those heavy loads and pulling even more enthusiastically when empty. Of course, it’s hardly a Chevy Volt at the pump, but when driven modestly it’s capable of 13.7L/100km combined city/highway. Most competitors burn much more premium fuel, incidentally, and what’s more the Denali runs happily on cheaper regular gas (premium is only needed for maximizing performance).

Size might hamper fuel economy, but it’s great for hauling family and gear. Even the regular wheelbase can manage 433 litres of cargo when all seven or eight seats are filled (the second-row bench is a no-cost option). Fold the 60/40-split third row flat and 1,631 litres open up behind its second-row captain’s chairs, or 2,682 litres when both rear rows are lowered. Third-row seatbacks that power down and back up make the process too easy, while the second-row seats release and drop into the loading position, but need manual labour to pull upright.

My tester was dressed up further with $1,920 power-retractable side steps, $1,195 adaptive cruise control with automatic front braking, and a $2,660 Open Road package featuring a power glass sunroof and Blu-Ray DVD entertainment.

Sound-deadening material, acoustic laminated windshield glass, and active noise cancellation combine for a very quiet interior, but unfortunately this exacerbated an incessant squeaking from the dash. Again, more is expected from an $85,000 luxury SUV, even if that number represents a pretty good deal amongst similarly equipped premium 4x4s. On a slightly less irritating note, after more than 200 photoshoots per year, this is the first I’ve seen in ages with considerable taillight condensation. Taillights are normally sealed units.

I’m going to chalk these problems up as anomalies, especially considering GMC’s incredibly high J.D. Power owner satisfaction and customer service ratings―although that same third-party analytical firm ranked the brand below average for initial quality, yet fifth amongst volume nameplates in its latest dependability study. What about Consumer Reports? It rated GMC 23rd out of 29 brands in its latest report card on reliability. Ouch! You can’t win ‘em all, but I’d be willing to bet the Yukon helps prop GMC’s results up rather than dragging them down.

My verdict
After all is said and done, there’s a lot more good than bad with the 2016 GMC Yukon Denali. It looks fabulous, is wonderful to drive, and is mostly well-finished, while its overall feature set and functionality are impressive. It may lack snob appeal, but this could be an asset for company bosses with blue-collar staff that may cry foul if you pull up in a Mercedes or BMW. Little will they know that in many respects the Yukon Denali is the better choice. 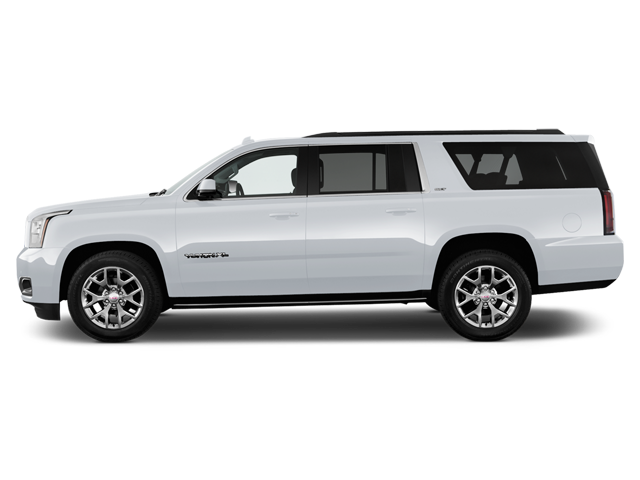 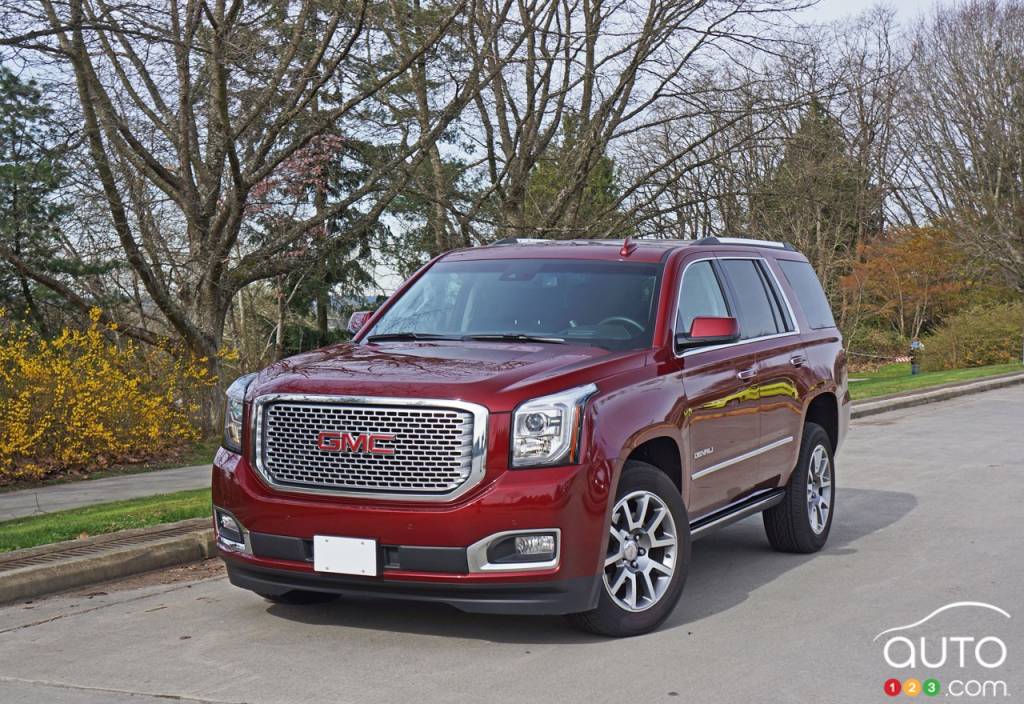 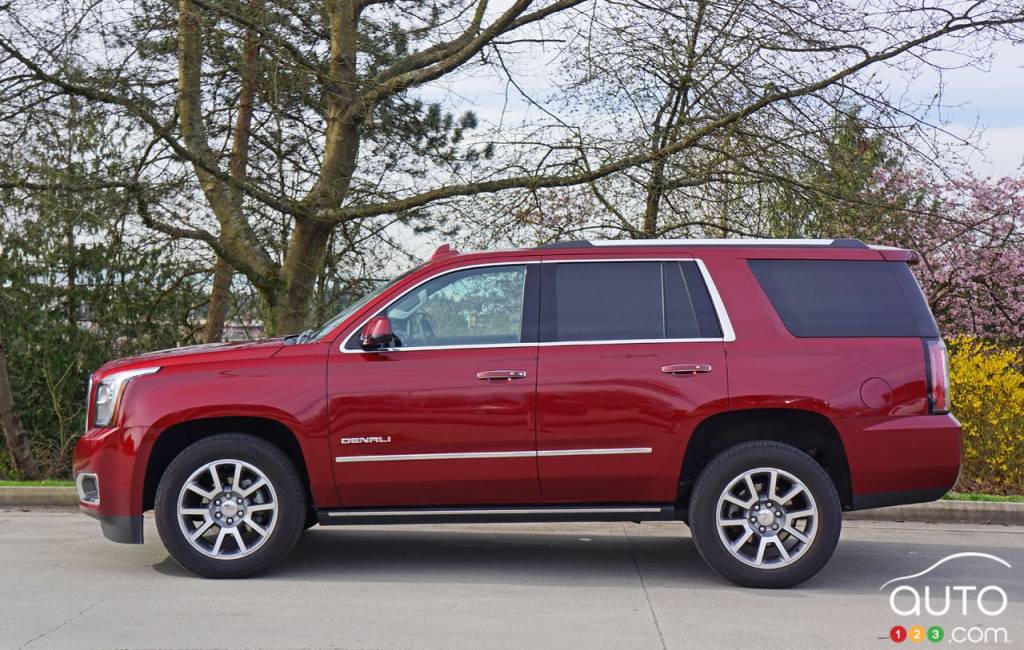 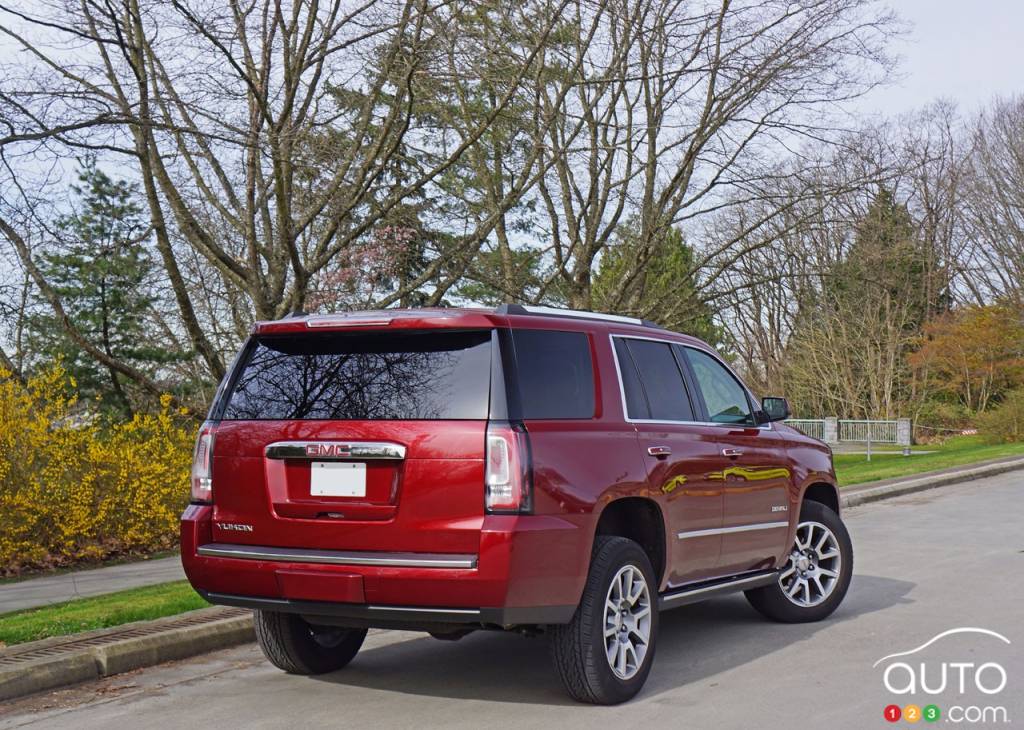 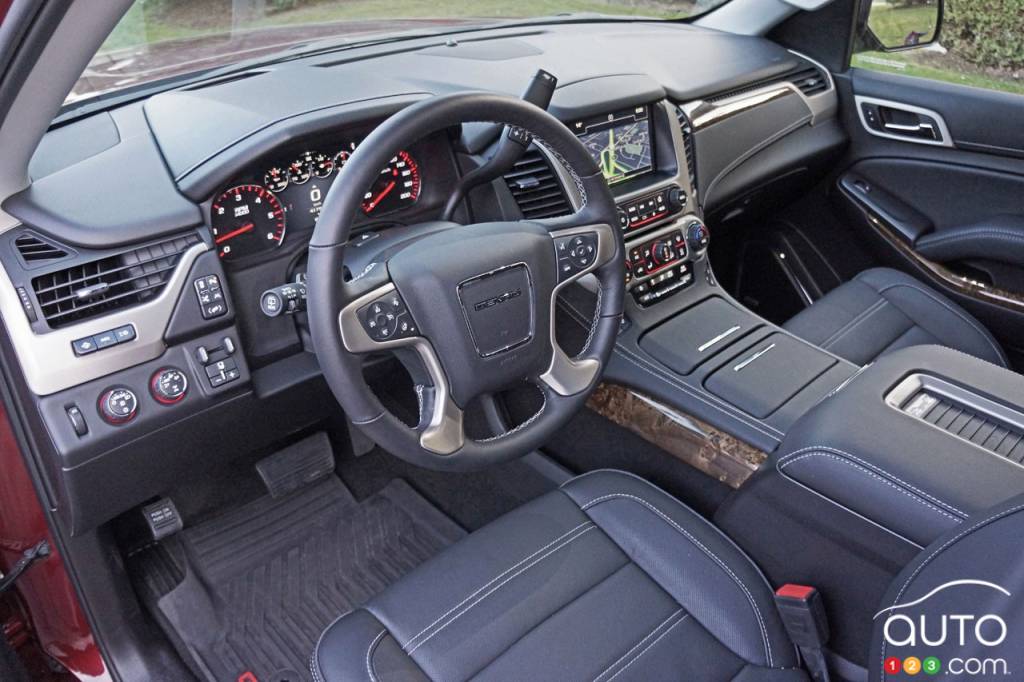