When the Beetle was first brought to fruition almost 70 years ago, it was because Ferdinand Porsche was commissioned to develop a car that would become the “People’s Car.” And thus, the Beetle was born: a car for the everyman, a car that appealed to both young and old, rich and poor, and was highly functional regardless of your status in life.

Now, before any confusion sets in, I’m well aware that I’ve been driving a Golf and not a Beetle for a week, but here’s the thing: The 2016 Volkswagen Golf Sportwagon is, perhaps, more the “People’s Car” than the Beetle ever was or will be.

Appealing curb appeal
For starters, the Golf Sportwagon offers a more universal curb appeal in terms of external design. I’ve always been a fan of the Golf’s bulbous, hatchback looks, so stretch those out ever so slightly and bam: Winner.

For some odd reason, “wagon” is a dirty word here in North America. We have this odd aversion to long-roof vehicles (and yet we lap up CUVs and SUVs like nobody’s business… but I digress), but they are so ridiculously practical and so much more attractive than your average SUV or minivan.

Looking at the VW Golf Sportwagon head on, you’d be hard-pressed to tell it apart from a standard Golf, and that’s just fine. Move over to the side, though, and that’s where it all changes and flows into the lovely long-roof silhouette it sports.

The Golf is all about classic lines and sophisticated shapes, and the Sportwagon is no different. Some might call the German boring; I call it subdued and sleek. It’s understated in all the right ways, and its personality changes depending on which colour combination you choose. This wagon is full of character; you just have to give it a chance to open up.

German sensibility
And that character is immediately clear the moment you sit behind the wheel.

Throughout the week, I had various passengers ride with me in the 2016 Volkswagen Golf Sportwagon, and they all said the same thing, “This is the perfect car.” I’m serious. Those exact words came out of four different mouths, from four different people, in four very different times of their lives.

From my mother to a mechanic to a young, single woman who knows very little about cars; they all felt the Golf Sportwagon checked all the necessary boxes and then some. And they weren’t even driving. Just as passengers, they were able to assess the little wagon’s prowess as an everyday warrior on our roads.

And that’s the real beauty with Volkswagens: The build and ride quality is unlike any other, and immediately you feel the difference.

Even my 4-year-old son pointed out an extremely cool feature on the Golf Sportwagon I may not have paid attention to: The doors stop whenever you want them to. In other words, they cannot be swung too wide (potentially smashing into parked cars nearby), and they stay ajar wherever you place them when you open them. This was a huge deal for him as he opens his own passenger door now and usually has to make sure not to swing it. Bonus points there, Volkswagen.

By the way, my $22,895 Trendline tester wasn’t the top-of-the-line model, far from it. Equipped with beige cloth seats (worst colour choice ever; do NOT get this if you have children, dogs, ferrets, carry stuff in your car, have friends, drink coffee… you get the idea), and the smaller 6.3” colour screen, as well as the non-DSG 6-speed automatic transmission, my Golf Sportwagon was still just as much fun to drive and live with. It offered everything I’d ever need in a car.

An everyday driver
Driving the 2016 VW Golf Sportwagon every day was a joy, as well. The 1.8L TSI mill that produces 170 horsepower is more than enough to satisfy on any and all drives. And while I never used the Tiptronic shift via the gear lever, the option is there. I was apt to leave it in Sport mode as I found gearshifts were somewhat smoother. In regular drive mode, things got a bit jerky in stop-and-go traffic, and I wasn’t fond of the 3rd to 2nd gear shifts.

I absolutely adore the steering in the Sportwagon, as well: precise and on point, even at high speeds. You wouldn’t know you’re driving a wagon until you glance in the mirror and notice how far the rear window is.

Handling is also impressive for a vehicle carrying that much extra drag in the rear. While not meant for the autocross, this compact estate can handle the average roundabout with ease, even when pushed a bit harder than the norm ― and it really seems to enjoy doing so.

Despite my enthusiastic driving throughout the week, I still managed an average of 6.9L/100km (city and highway), which is quite impressive.

Is this the next car you should buy?
People always ask me, “What should I buy for my next car?” Without context, this is an extremely open-ended question. I am often tempted to throw out Bentley Continental GT or Lamborghini Aventador as an answer just to see their reaction.

Now, however, I believe I should start recommending the Volkswagen Golf Sportwagon, in all seriousness. And I’m sure they won’t be disappointed if they go with my suggestion.

Need all-wheel drive? Save your dollars for the 2017 Volkswagen Golf Sportwagon Alltrack and rule the road! 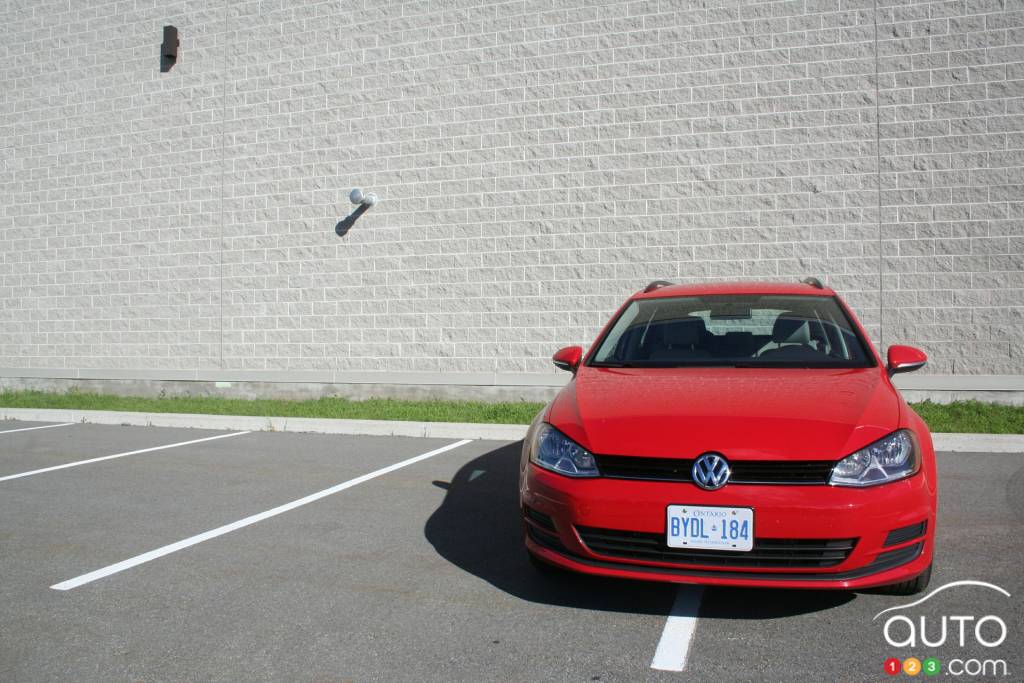 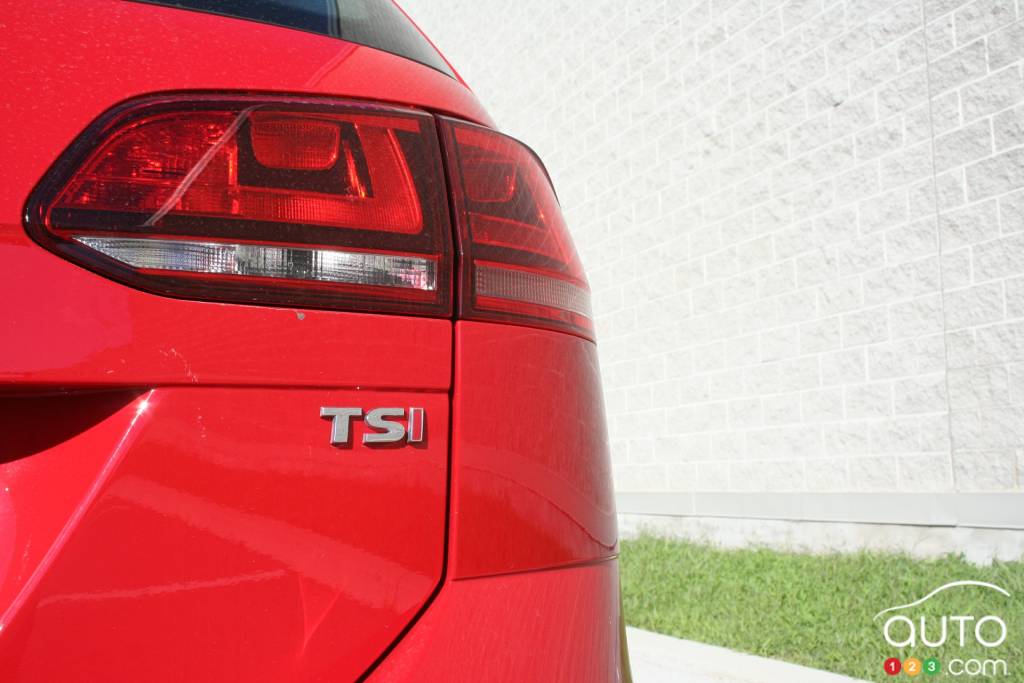 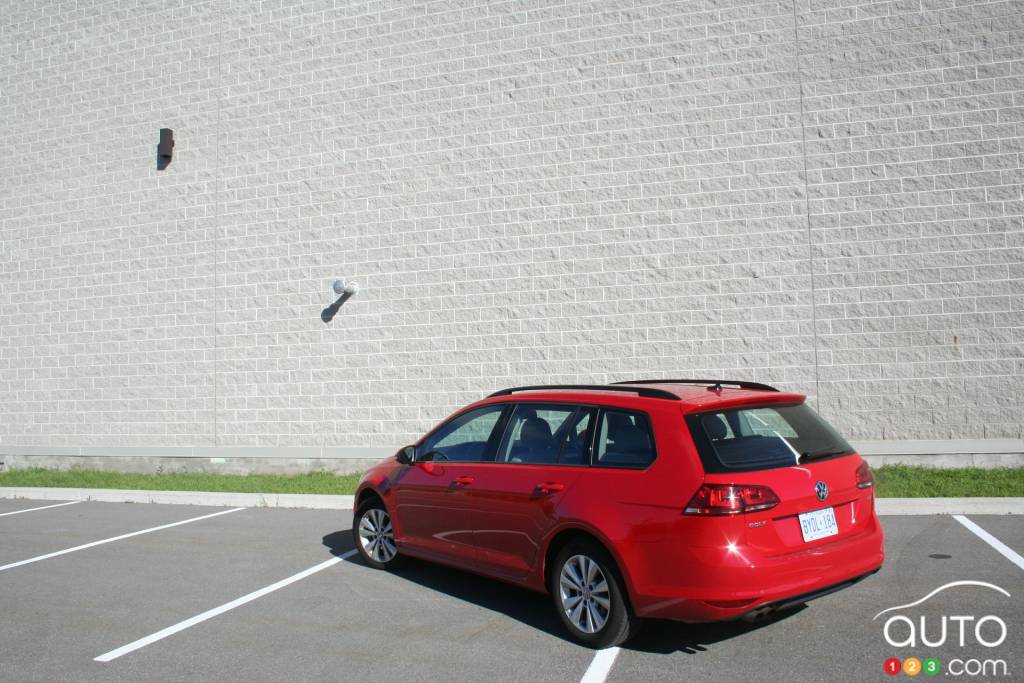 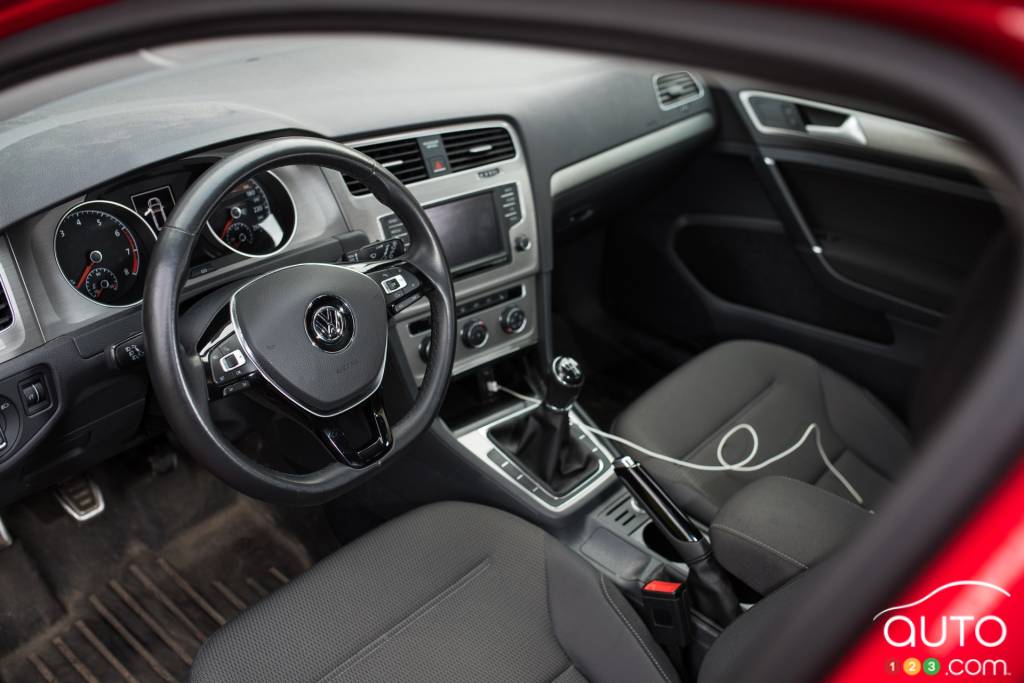 End of the Line for the Volkswagen Sportwagen and Alltrac...

Volkswagen has officially announced it is stopping production of the Alltrack and Sportwagen models after this year. A company statement explains that the ar...