The clouds over the heads of the two VW models have just gotten considerably darker. In fact, Volkswagen has announced that the 2019 editions would be the last for the Alltrack and Sportwagen.

In the case of the Alltrack, production will continue through to December at the automaker’s plant in Puebla, Mexico. After that, no more.

Technically, this leaves the door open to a return at some point, once the next-gen Golf is on the market. But a full reading of the company’s press release is cause for pessimism if you’re a fan of wagons.

The German manufacturer says that new SUV models, as well as the entire new ID branch of electric models, will provide families with all the space and styling choices they need. 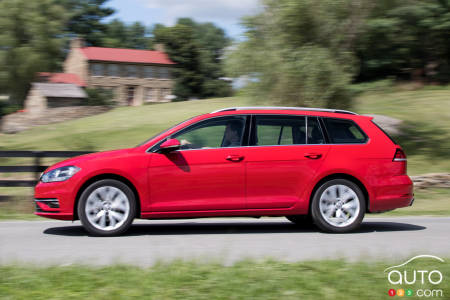 The statement goes on to explain that the company intends to launch three new utility models over the next 24 months. The parade starts with the Atlas Cross Sport, set to be unveiled later this year; it will be followed by the ID. Crozz, an electric vehicle that should debut in 2020. And just last week VW confirmed it would replace production of the now-defunct Beetle at the Puebla plant with yet another, smaller SUV model, not yet named.

According to Volkswagen, during the first half of 2019, SUVs accounted for 47% of vehicles sales industry-wide, but its own percentage is slightly higher at 50%. The Atlas and Tiguan models have spurred the company to the strongest growth of all mass-market brands this year.

In this business, it’s wisest to never say never. But if you’re a betting person, the smart wager is that we’re witnessing the last days of the Volkswagen Golf wagons.

Want a Golf SportWagon with the all-terrain capability that comes from an all-wheel drive system? The 2017 Volkswagen Golf Alltrack can be yours starting thi...