I’ve always had a bit of a soft spot for the Passat. Chiefly because I previously owned a 2nd gen ‘80s Passat back in the UK, together with what was possibly the model’s forerunner, the rear-engined 411E, both wagons and both incredibly comfortable highway cruising vehicles and ultra-reliable.

Since then, the Passat has always appeared to me as the more mature version of the Jetta. It’s just that bit nicer, slightly better equipped, and justifiably worthy of a tad more pride in ownership.

However, today this gap seems even greater. In fact, after experiencing the new 2016 Passat, I have to wonder whether Volkswagen aren’t hell bent on upsetting the applecart with regards to their family relationship with Audi. Only the Passat is starting to appear rather high-end and luxurious of late.

New premium interiors include the new MIB II infotainment system which connects and utilizes the driver’s own smart phone (Standard App-Connect with Apple CarPlay®, Android Auto™& MirrorLink®). This allows direct access (via a large 6.3” display) to a host of familiar apps. Basically (and rather cleverly), this unit uses your own phone as the base source for its system. What this means is you can use your own Google maps or suchlike as the GPS for the vehicle. It also means that updates and new apps become constantly available at no additional charge (with certain app restrictions in place for obvious safety reasons).

Interior enhancements also include upgraded materials, new upholstery, two-tone décor panels, elegant piano black and laser-grained chrome trim. There is also a new analog clock, steering wheel and column stalk design, together with heated rear seats and a wonderful frameless rear-view mirror. Take it from me, it’s a minor detail but that mirror is absolute genius. Why nobody has thought of this before beats me. After all, the mirrors in your house don’t always come with a chunky thick frame around them!

The 2016 Passat features a host of new driver assistance features, many of which now become standard on certain trim levels.

Rear-view Camera; Standard on all models

Adaptive Cruise Control; Standard on Comfortline and up

Forward Collision Warning and Autonomous Emergency Braking; Standard on Comfortline and up

Lane Assist/Active Lane Departure Warning system (steers you back into your lane); Standard on Execline

For the first time ever, R-Line ® packaging is available for the Passat. This features unique rocker panels, a stylized front bumper, a modified rear diffuser and 19” aluminum-alloy wheels

Specs & pricing
The 2016 Passat comes with a choice of two powertrain options; the standard fitment is the 1.8T (Turbocharged Direct Injection) offering 170 horsepower and 184 lb-ft of torque. When coupled to its 6-speed automatic transmission, this allows for fuel economy ratings of 9.4L/100km city; 6.3L/100km highway; 8.0L/100km combined.

The drive
There’s very little to say about the 2016 Passat when it comes to the drive, other than it was a truly pleasurable experience. Slightly more A6 than A4, yet not quite as exciting as either.

This is a vehicle which does everything super efficiently, and from a remarkably affordable price point. It’s not going to turn many heads, nor will it blow the doors off certain performance-orientated competitors. However, driving one will give its owner the smug satisfaction of having made a smart choice, because that’s precisely what the Passat embodies: a smart, well thought out car-buying decision.

The last word
As I inferred at the beginning of my story, Volkswagen is quietly tiptoeing into Audi territory with its new Passat. More refined, stylish and great value for money. Although not AWD, it is a rather tempting alternative to its Japanese and North American 2WD competitors. However, if you’re already a German car fan, you’ll now have an even harder decision to make: Do I forgo the performance edge of AWD, together with the obvious logo appeal or do I save my money and please the bank manager?

A tough one that, good luck with it! 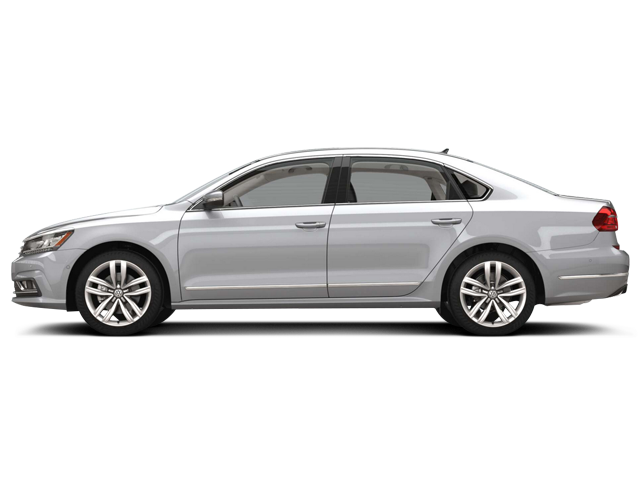 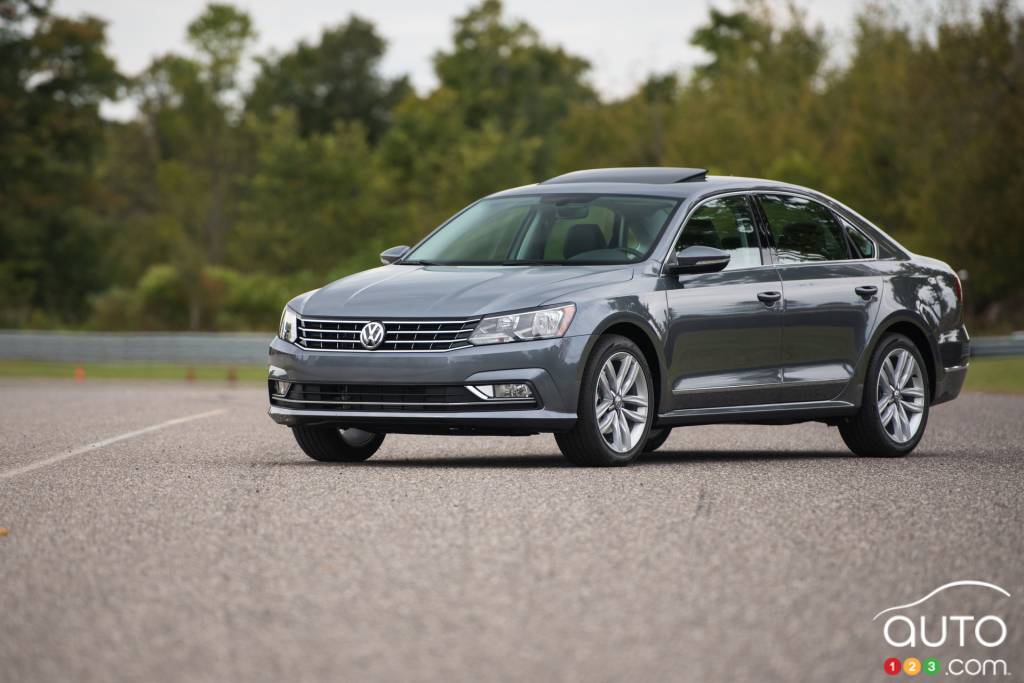 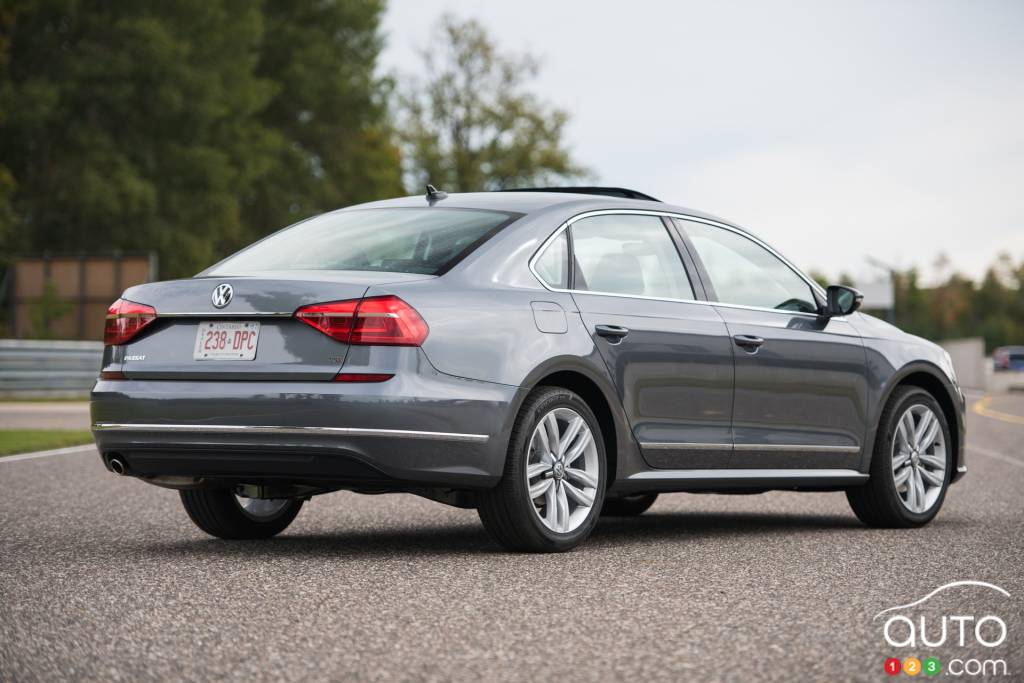 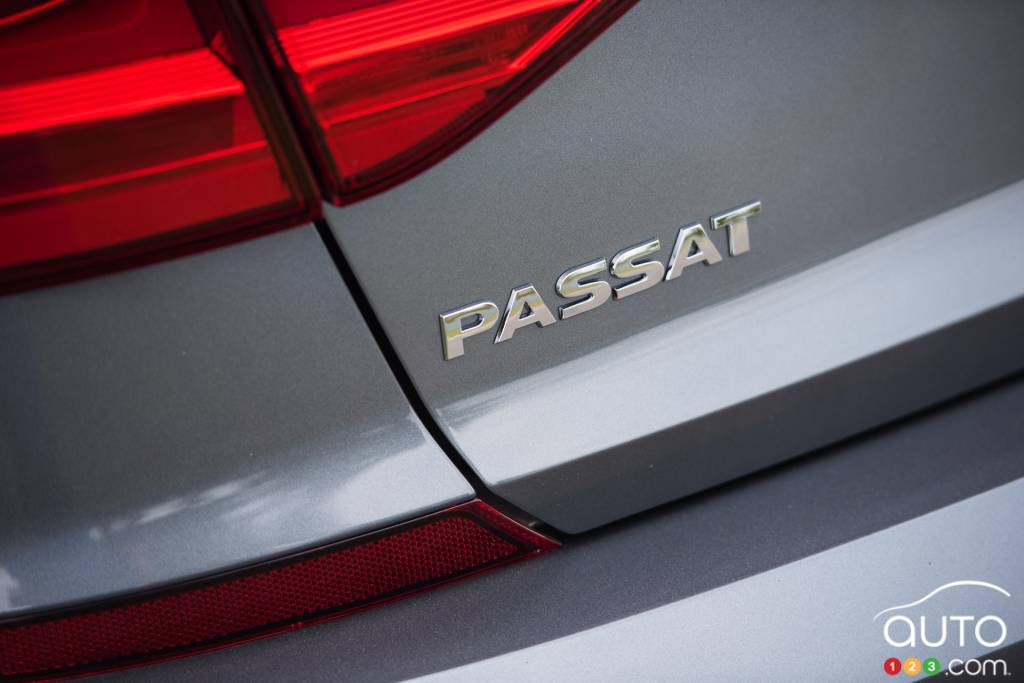 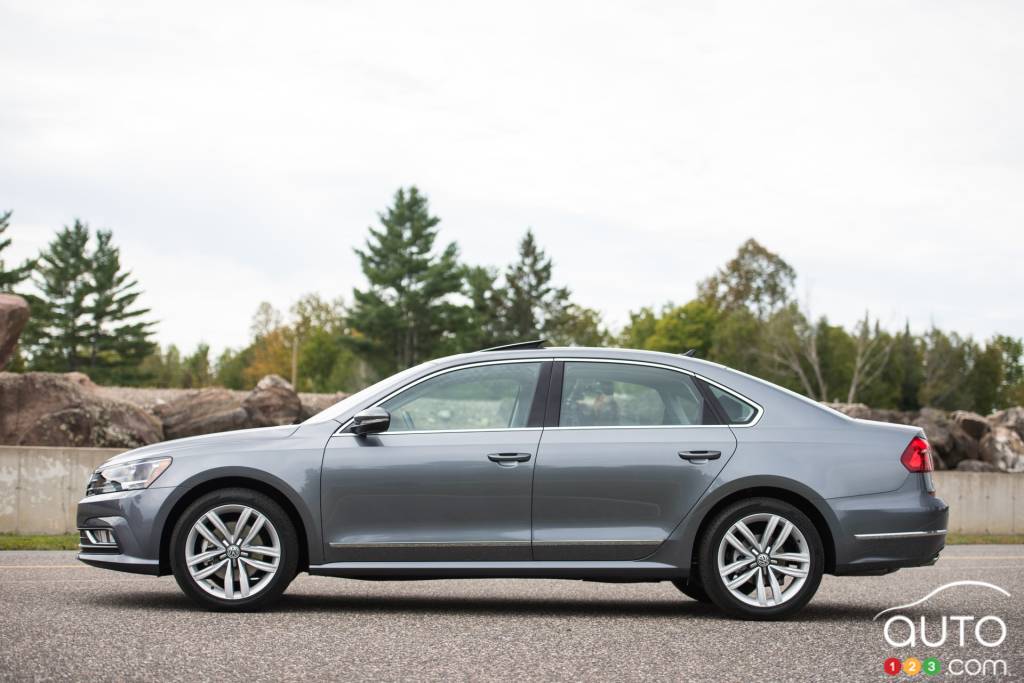 Unlike some other European manufacturers Volkswagen is at the Detroit auto show, and the German automaker used the occasion to debut its mildly refreshed 202...