The cute little Volkswagen Tiguan is now four years into a mid-cycle refresh of its first generation, with a completely overhauled and larger version expected in early 2017. By the time that happens, more than nine years will have passed here in North America, plus more time spent in Europe where I first drove it way back in September of 2007 at its Budapest, Hungary press introduction.

So, it only makes sense that VW would offer yet another Special Edition to create some buzz around this well-seasoned compact SUV.

Despite the years, the Tiguan has held up very well. The German automaker finished its interior to a higher standard than most of its peers back in the day, while its straight-line performance, agile handling, and compliant chassis tuning have always put a smile on my face.

The 2016 Volkswagen Tiguan gets dressed up with VW’s trademark horizontally ribbed chrome grille, plus projector-style headlamp clusters, nice oval fog lamps set into matte black bezels with mesh inserts, a cool-looking metallic undertray that might need to be pointed out so as not to be missed, turn signals integrated within the side mirror housings, and a set of LED taillights that look particularly alluring at night. Additionally, a stylish set of 17” multi-spoke alloys came as part of my tester’s Special Edition upgrade. From the rear quarter view, however, the Tiguan is about as nondescript as vehicles get.

Fortunately, the interior remains a notch above most mainstream rivals. Both the dash top and front door uppers are wrapped in a premium-level, soft-touch material, whereas most competitors only do one or the other unless in their highest trim levels. This isn’t a Highline model, mind you; the Tiguan Special Edition is actually based on the $24,990 entry-level Trendline. The few pliable plastic surfaces don’t change the reality that the majority its cabin is hard plastic, including the lower half of the instrument panel, the entire centre stack and lower console, plus most of the door panels. The door inserts are covered in a similar woven black fabric to the armrests and seat bolsters.

A couple of years ago, I transitioned from leather seating at home to a fabric sofa and chair as I find the breathable textile a lot more comfortable, warmer in winter, cooler in summer, and arguably more fashionable, so living with cloth seats in a car isn’t necessarily a sign of slumming, especially when you consider the nice, horizontally pinstriped upholstery Volkswagen uses in this Tiguan. The seats are comfy with traditional Germanic firmness, while toasty front warmers allow soothing heat in winter. The rear seats are comfortable and supportive, too, particularly for the lower back. Being a smaller compact SUV than average, you may feel the pinch in rear legroom and overall width, but two average-sized adults should find it amply spacious.

Tiguan switchgear is better than that of the Jetta or the new Golf, especially the steering wheel stalks that are made from denser plastic and therefore feel more upscale. Most of the other buttons, knobs, and toggles are nicely damped and wiggle-free, except the large HVAC dial in my tester that wasn’t as tightly fitted as the others.

The big news for the 2016 Volkswagen Tiguan is the inclusion of a USB port instead of what had become a mostly useless 30-pin Apple dongle. It’s located inside an open bin mid-console, just above the engine start-stop button and below a row of dummies, excepting one stability control off button. However, I should warn you that this USB connection isn’t powered and therefore won’t restore your smartphone’s battery. It’ll hardwire it to the infotainment system, which is useful for playing tunes and more, although most of us now use wireless Bluetooth streaming technology for this purpose and the USB for charging.

Volkswagen would’ve probably wanted me to say the biggest news for 2016 was its new infotainment system, because it really is excellent. It gets proximity-sensing capability that, for one, brings up a row of go-to digital buttons when your hand gets close. I first experienced this type of tech from a Bose system in a Maserati Quattroporte back in 2009, but VW’s system is a lot faster and therefore much better, plus screen quality has come a long way since the late aughts. The navigation mapping includes wonderfully crisp and detailed graphics, the same for all displays actually, and Drake’s Hotline Bling sounded brilliant on the deep and richly toned audio system.

The new Discover Media infotainment system I’m describing replaces the base Composition Colour display radio thanks to the addition of a $995 Navigation package, this also adding “App-Connect” smartphone integration along with Android Auto, Apple CarPlay, and Mirrorlink, plus an SD card, satellite radio, voice control, and of course satellite navigation. The speakers were the Trendline model’s standard eight, while the base Tiguan also comes with a rear-view camera that’s made even better in this larger touchscreen display.

Along with these improvements, the 2016 Volkswagen Tiguan Special Edition gets auto on-off headlights, heated windshield washer nozzles for the upgraded rain-sensing wipers, roof rails, an auto-dimming rear-view mirror, keyless access with push-button ignition, one of the nicest leather-wrapped steering wheels in the industry, a leather-clad shift knob, heated front seats, and rear privacy glass for $30,198 plus freight and dealer fees. Note that my tester’s Pepper Grey Metallic paint was a no-cost option. The only extra available with the Special Edition is a $1,450 panoramic sunroof (which mine did not feature).

The aforementioned flat-folding front seatback makes it possible to load very long items inside this otherwise abbreviated SUV. The Tiguan only gives you 674 litres of cargo volume behind its 60/40-split rear seats and 1,588 litres when they’re laid flat, plus a handy pass-through at centre. However, fold that front seatback down and you can lay in a 2.5-metre long vaulting pole, a beach volleyball net and posts, a stack of regular 2x4s, or whatever else you might want to haul.

It may be small, but get behind the wheel and all of a sudden the Tiguan feels substantive. As noted earlier, ride quality is much too refined for such a diminutive SUV, and handling is wonderfully planted unless pushed way beyond reason. The Volkswagen Tiguan is no Audi Q3 (the two models share the same underpinnings), and it shows with a little more fore and aft jounce on the highway, but it’s nevertheless a joy on a road trip, great fun through corners, and easy to point and shoot within congested city traffic.

A direct-injected and turbocharged 2.0L 4-cylinder engine puts 200 horsepower and 207 lb-ft of torque down to the front wheels via a 6-speed manual gearbox in base trim or a standard 6-speed automatic with Tiptronic manual mode and 4Motion AWD in the case of the Special Edition. As you can probably imagine with numbers like these, the little tiger gets going in a hurry. Meanwhile, its 5-cycle fuel economy rating is extremely good for the compact SUV class at just 11.7L/100km in the city and 9.4L/100km on the highway as tested.

The Volkswagen Tiguan might be getting on in years, but to my eyes it still looks and feels quite current, while its new infotainment system makes it seem downright modern compared to some competitors that are nowhere near as advanced. Consider its long tenure as time-tested experience that only goes to make this little SUV more reliable. Speaking of which, Volkswagen ranked slightly above average in Consumer Reports’ 2016 report card on reliability.

Truly, its biggest problem is an ever-improving compact SUV segment, not to mention a subcompact SUV category that’s getting more competitive by the year, although the Tiguan’s class-splitting size might give it an edge over rivals while being an ideal fit for your active lifestyle. 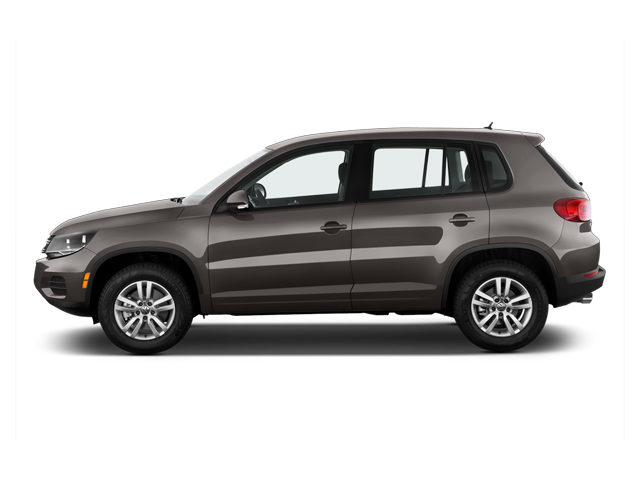 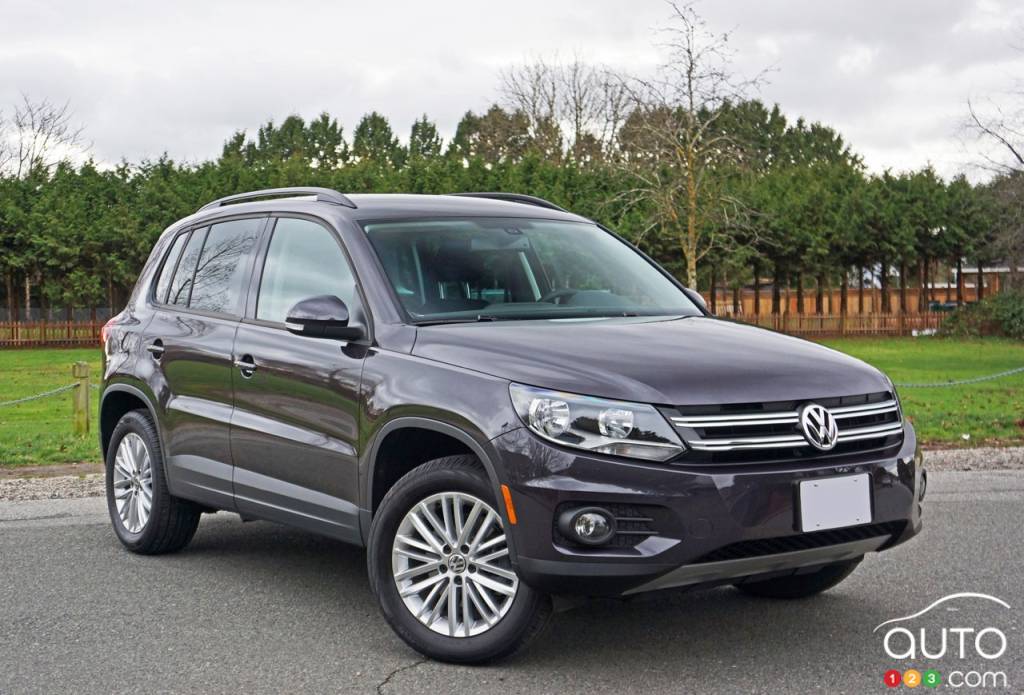 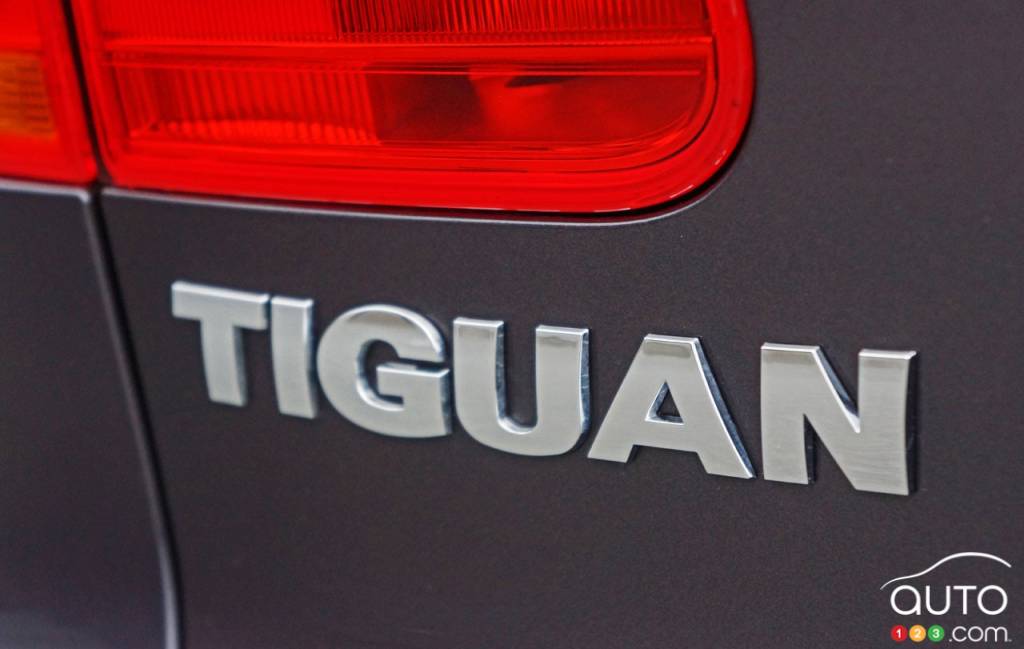 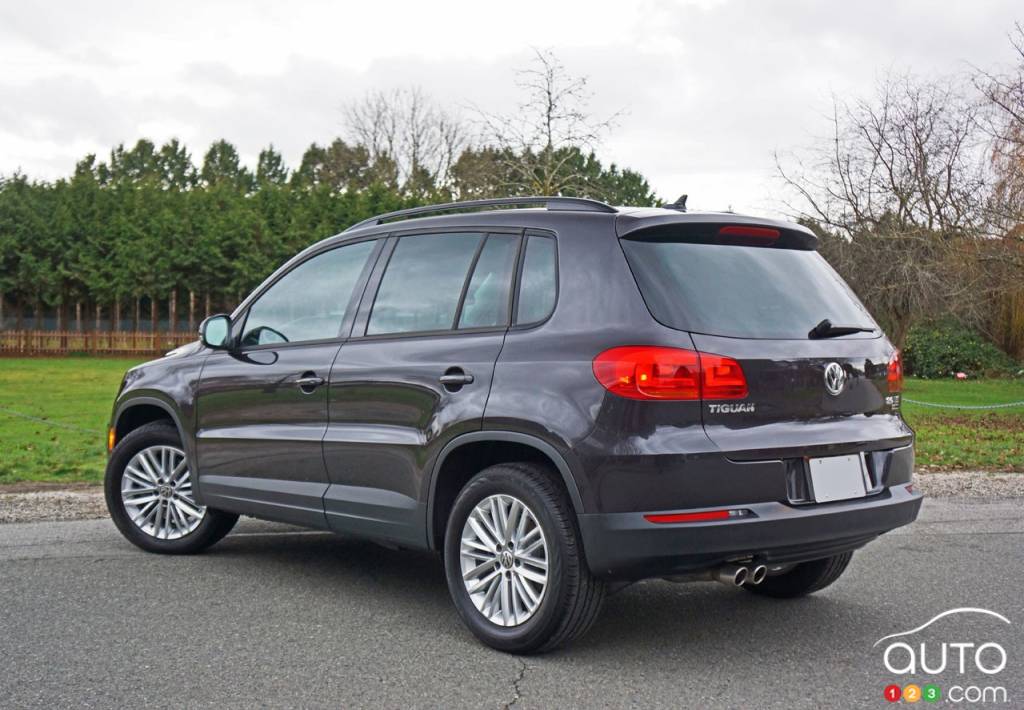 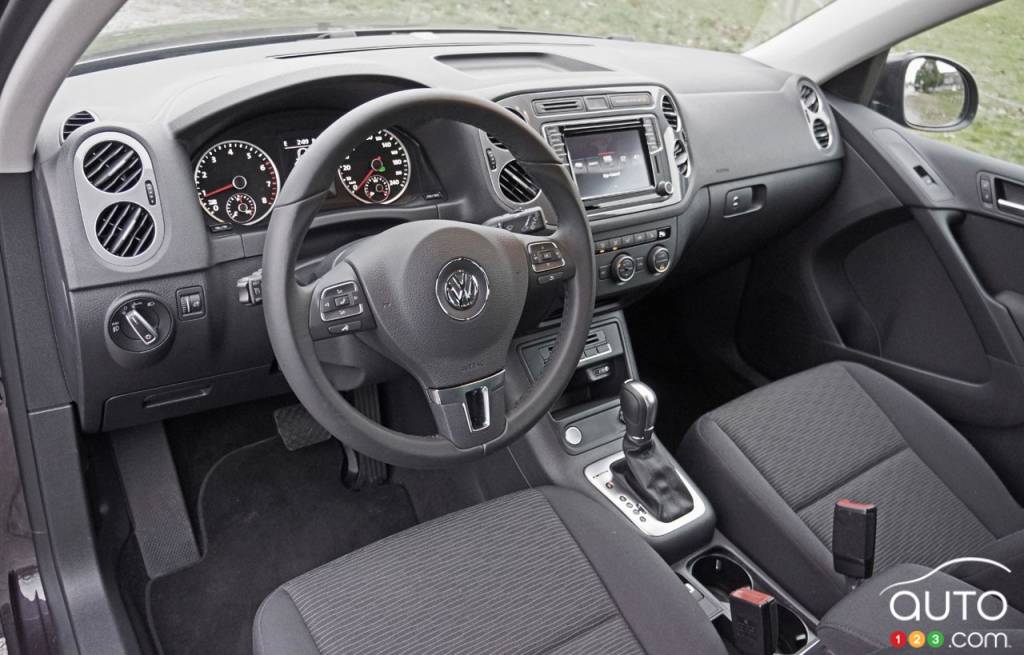