There’s a new kid in town. Oh wait, it’s the same old kid with a nose job. Of course, mid-cycle makeovers are nothing new in the auto industry, but the changes made to the front of the 2017 Acura MDX are more dramatic than average.

The popular luxury SUV gets a more angular grille inspired by the gorgeous Precision Concept, which will either send you straight to your local dealer to trade up or have you grateful for your still well kept 2013-2016 MDX. It might be polarizing, but I don’t mind at all.

Let’s be clear about one thing, though: It’s merely a facelift. Beyond the headlights, lower front fascia, hood, front fenders, rear bumper cap, and wheels, the new MDX is mostly the same. If it weren’t for all the work that went into folding the hood overtop the front fenders and then redesigning the latter, it would simply be a refresh, but it’s been an expensive update with considerable effect, the new façade not only changing the face of the MDX, but ushering in a new design era for Acura, as well.

Fortunately for MDX fans, all that’s inherently good about this 7-passenger midsize SUV remains intact for 2017. The list includes a seemingly identical interior that’s more than equal to its $53,690 base price, with fairly high-end, soft-touch materials across the dash top, instrument panel, upper half of the doors, and even below where the knees and feet reside (glove box lid included). The sides of the centre console are made of hard plastic, although it’s nicely finished on top with satin-silver trim and genuine-looking faux wood. The wood and metal theme graces the instrument panel and doors, too, while all the roof pillars are fabric-wrapped.

The cabin of the 2017 Acura MDX is large and comfortable, the driver’s seat is superb, and visibility is excellent all around. Second-row passengers are wonderfully taken care of, with expansive legroom unless you slide each side of the 60/40-split bench forward to make room for third-row tagalongs. I did, setting the second row so my 5’8” frame was still comfortable, then pressing the handy “One Touch Walk-In” button on the lower side (or the upper rear corner) that automatically slides the entire seat ahead while tilting its backrest forward for easy access, and finally planting myself in one of two surprisingly comfortable third-row seats. I still had reasonable space for my head, shoulders, hips, legs, and feet, meaning the MDX is a true 7-passenger vehicle and not a 5+2 compromise like so many rivals.

Acura dresses up the cargo compartment with fancy chromed tie-down hooks and a snazzy stainless steel protector plate, plus nice carpeting on the load floor and sidewalls, so your lifestyle gear will be well cared for. It’s commodious even with the rear seatbacks upright, measuring 447 litres (about the size of a midsize sedan’s trunk), not including the hidden compartment under the cargo floor. When you need to load more, there’s up to 1,230 litres behind the second row and 2,575 litres when both the second and third rows are laid flat, which is more than average in this class.

Less than best is the manual labour needed to lower those seats. No, they don’t require Olympic weightlifting gold medalist Lasha Talakhadze or Rim Jong-sim levels of strength to muscle into place ― quite the opposite really ― but no mechanical levers or power buttons assist the process. Therefore, you’ll need to yank a big lever on the seatback in order to drop the third row, plus stretch farther to hoist it back up again. Folding the second row requires a trip to the rear side doors. It all works well enough, but it’s not exactly an ultra-luxurious, automated experience.

Granted, I was driving the most popular trim level in the 2017 Acura MDX lineup. At $57,190, the MDX Navi sits second in hierarchy, below the $60,190 Tech and $65,790 Elite models. Other than available fog lights, roof rails, and unique wheels, none look noticeably different from the outside, but there are considerable changes within. This said, no MDX trim upgrades the cargo area with power-folding seatbacks, but they certainly take care of other areas.

What about performance? The 2017 Acura MDX returns with a direct-injected 3.5L i-VTEC V6 that produces a reasonably strong 290 horsepower and 267 lb-ft of torque for decent takeoffs and good highway passing power. While wonderfully smooth and quick-shifting, the 9-speed autobox features one of the weirdest gear selectors in the industry. It’s comprised of a long row of push-buttons and pull-tabs that really tax the brain when forced to react quickly. It also takes up more space on the lower console than it needs to. I’m not against change, but I prefer the simpler lever designs and rotating dial selectors others are using for their electronic transmissions.

The MDX has always been a great handler. Last year, its adept Super Handling All-Wheel Drive (SH-AWD) system received an upgraded twin-clutch rear differential, which directs torque between the front and rear wheels plus left and right for improved traction and quicker cornering. Together with amplitude-reactive dampers and Agile Handling Assist brake torque-vectoring, SH-AWD aids a taut body structure and superb, fully independent suspension, resulting in greater legerity than anything this large SUV should be capable of.

Acura’s Integrated Dynamic System (IDS) adds a Sport mode to enhance the experience. It quickens throttle response, lets the engine rev higher between shifts, firms up the steering, and relays more torque to the outside rear wheels in corners for better turn-in, plus it even makes the engine sound a bit sportier. I left it there most often, but I also found its default Comfort mode to be enjoyable enough and nicer over rough inner-city pavement. Either way, the Acura MDX provides an excellent ride that’s also very quiet, two key reasons why it’s so popular.

Sure, the MDX Navi isn’t perfect, but it’s a very good SUV with an eye-catching new grille that should cause some potential buyers to give it a closer look. When they do, they’ll experience above-average performance, decent fuel economy, nice interior refinement, impressive passenger and cargo capability, a good assortment of features, and a tremendous standard safety setup. 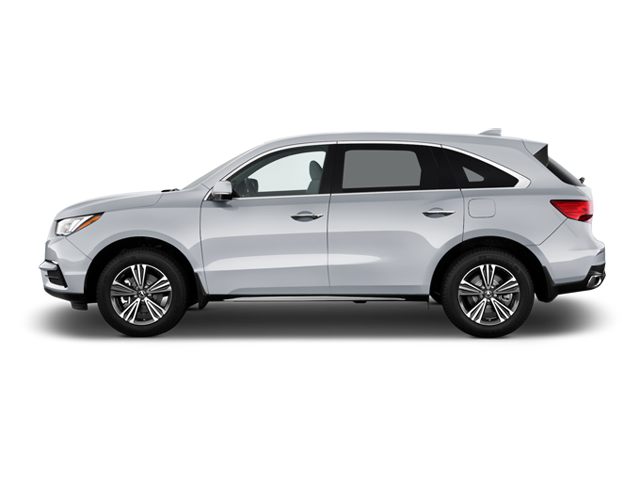 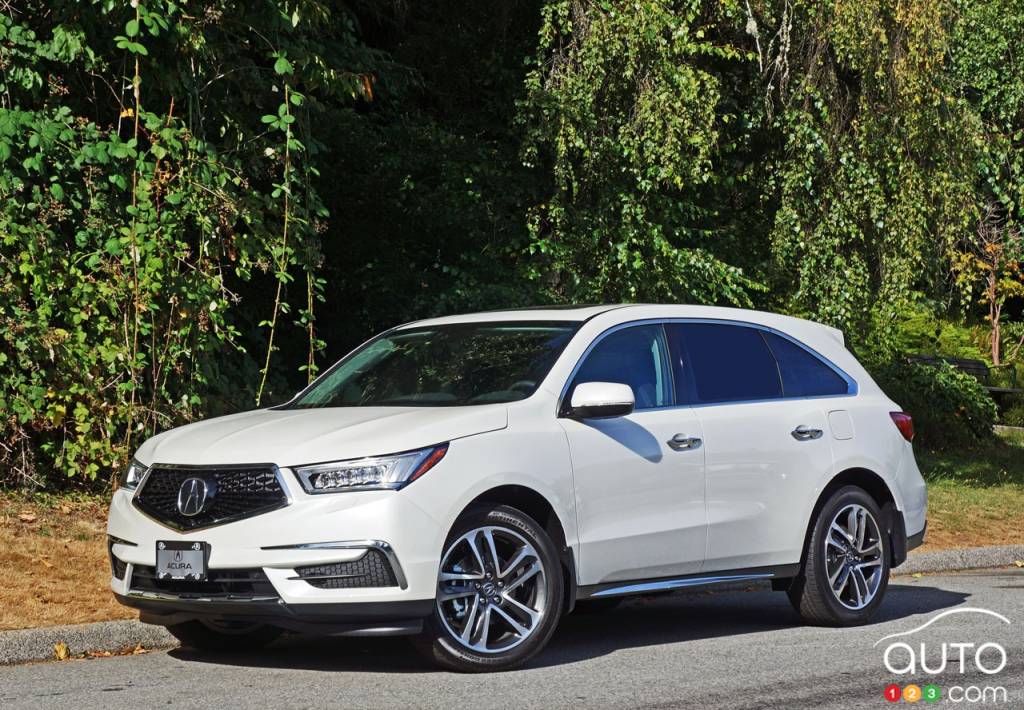 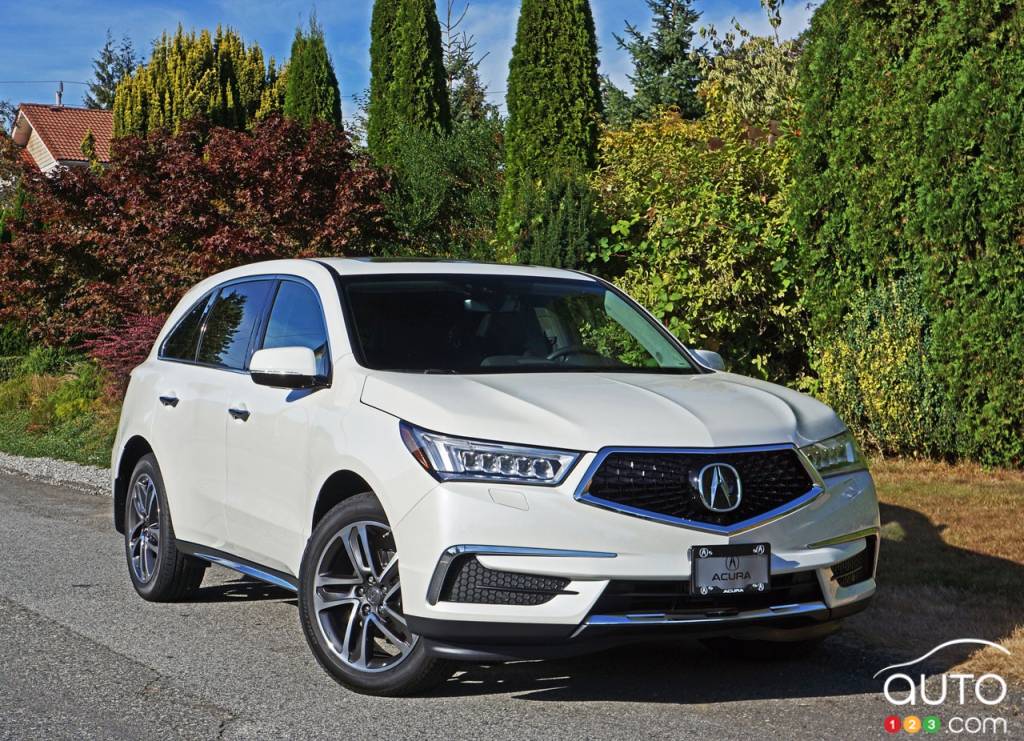 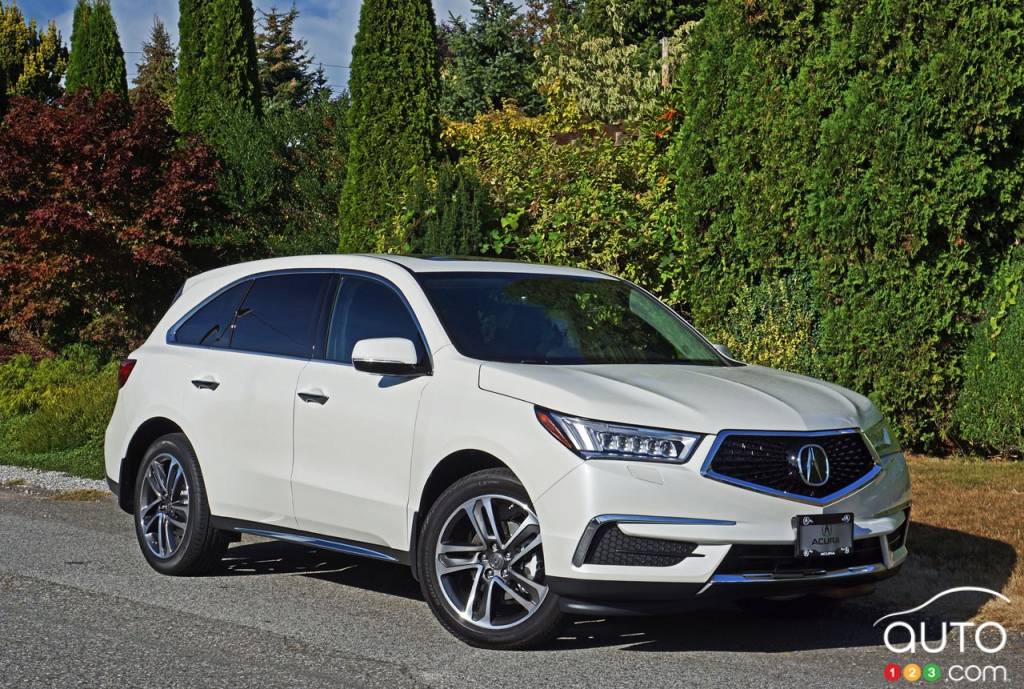 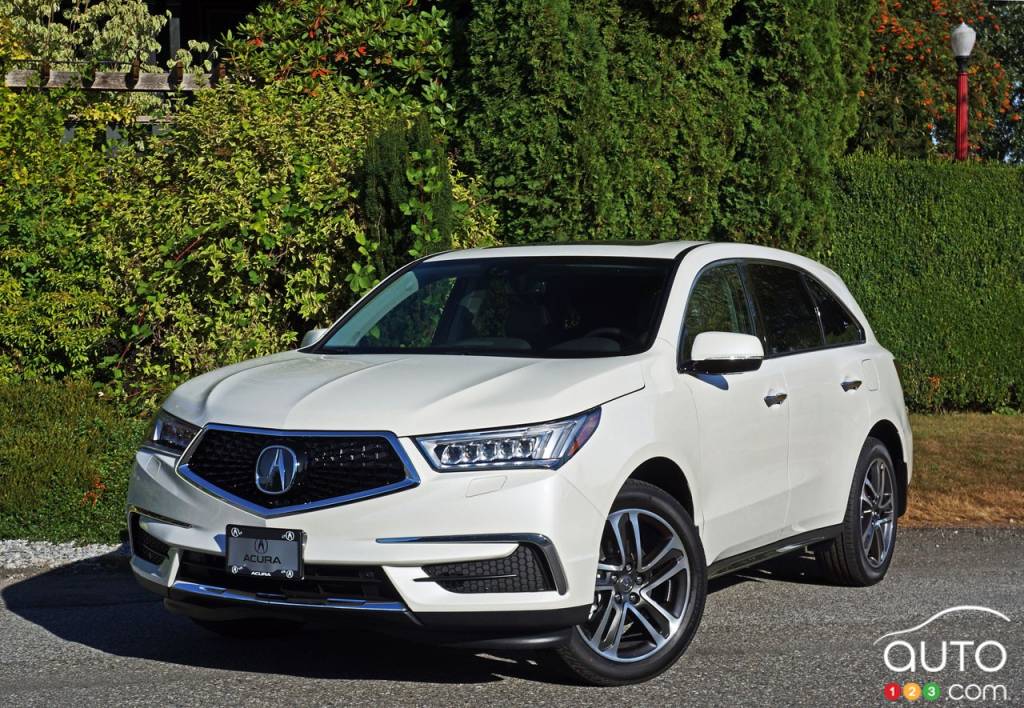 Acura says the all-new 2017 MDX has advanced its competitiveness and will continue to be a strong pillar in the Acura lineup. A detailed review is coming thi...

Nips and Tucks for the 2019 Acura MDX

The Acura MDX, entering its sixth year in its current form, will get improvements to help it remain viable versus its competition in 2019. Equipment packages...