It's never easy to break into a club that doesn't want you as a member, especially if that particular gathering of the minds includes Europe's premier brands, each jealously guarding their luxury performance sedan territory like ancient, slumbering dragons crouched on a pile of ill-gotten gold. The temptation in these situations is to amp everything up to 11 in an attempt to 'fit in,' and prove just how worthy you are of inclusion, but this strategy can backfire, especially when character traits that are endearing - even charming - at a lower volume suddenly threaten to overwhelm rather than ingratiate.

Such is the case with the 2017 Alfa Romeo Giulia Quadrifoglio, an achingly attractive car that's been outfitted with the engine equivalent of a thousand mega-sugared eight-year olds trapped in a helium-filled bouncy castle. With sultry good looks, a chassis that can do everything Fred Astaire can do only backwards and in heels, and 505 horsepower stuffed under its hood, this most-potent version of Alfa Romeo's entry-level sedan should be a dream to drive. Instead, it's a cautionary tale of what happens when you overachieve at overachieving.

All that Power, All at Once

The problems begin and end with the 2.9-litre turbocharged V6 that serves as the Alfa Romeo's beating heart. Rated at the previously-mentioned 505 horsepower, and also capable of producing 443 lb-ft of torque, it stands as the mightiest member of its peer group, a cohort that includes the BMW M3, the Mercedes-AMG C63 S and the Cadillac ATS-V. While each of these ribald rivals also offer turbocharged performance, the way the Quadrifoglio doles out its goodies equates closer to 'overdose' than 'overjoyed.'

With the go-pedal floored, the Giulia remains relatively placid until you've climbed halfway to its 7,250 RPM redline, whereupon it unleashes a sudden burst of muscle that threatens to overwhelm the rear tires in milliseconds while simultaneously catapulting you into the nearest stationary object. This peaky power production in itself wouldn't necessarily be a problem if it weren't for how the car's traction control and drive modes have been so artlessly implemented.

There are four modes available via a twist of a console-mounted dial: Dynamic, Natural, Advanced Efficiency and Race. Two of them - Natural and Advanced Efficiency - dull throttle response and ratio swaps from the standard eight-speed automatic transmission to the point where the car feels perfectly sane, if somewhat pokey, when cruising around town. Switch to Dynamic and you've poked the tiger, and it's here that things begin to get weird, because Alfa Romeo has elected to not only keep the intervention thresholds for its electronic-traction and stability-control nannies at the same level in Dynamic as they were in the previous two drive modes, but also to make it impossible to individually shut off, or even mitigate, either of these features, thus offering no shades of grey when taming the beast.

In fact, if you want unfettered access to the Giulia Quadrifoglio's full glory then you have to throw caution to the wind and twist the car's knob into Race mode, which shuts down every safety system and throws you, screaming and afraid, into the full-throttle insanity that is the sedan's 3.6-second 0-100 km/h capability. Despite being shod in Pirelli P Zero Corsa Asimmetrico tires, which have a treadwear rating somewhere closer to a sneaker dragging behind a skateboard than an actual street tire, the car is willing to switch ends almost instantaneously when relieved from electronic oversight. At the very least it sounds amazing while you're spinning it, as Race mode is the only way you get to sample the car's mellifluous sport exhaust system at full throat.

There were many aspects of the 2017 Alfa Romeo Giulia Quadrifoglio that I enjoyed, including its excellent, razor-sharp handling and some of the best electric power steering you'll encounter in its class. Inside, the cabin is roomy and well-appointed with strongly-bolstered seats, although ergonomic challenges abound in the infotainment system and gauge cluster display. Then there's the styling, a beautiful, electrifying mix of curves and angles that made it hard to stop photographing the car at the end of our session together.

The Alfa Romeo Giulia Quadrifoglio's over-caffeinated character is out of step with the German and American options it's up against, and while it might be easier to dismiss its boisterous attitude were it priced as a challenger to the establishment, with a window sticker that easily surges past $90,000 it's harder to forgive the lack of refinement and truly baffling drivetrain management that makes flogging the car in an exuberant fashion more akin to being strapped into an off-the-rails rollercoaster than a true merging of driver and machine. If you can reserve the Quadrifoglio exclusively for track days it's possible to make an argument for wringing its neck to get the most out of it lap after lap, but then again if you were seeking a road course missile you wouldn't be compromising with a sedan over a more focused sports car, would you? Lap times notwithstanding, the Alfa had me longing for a more linear, street-friendly engine under its exquisitely proportioned carbon-fibre hood. 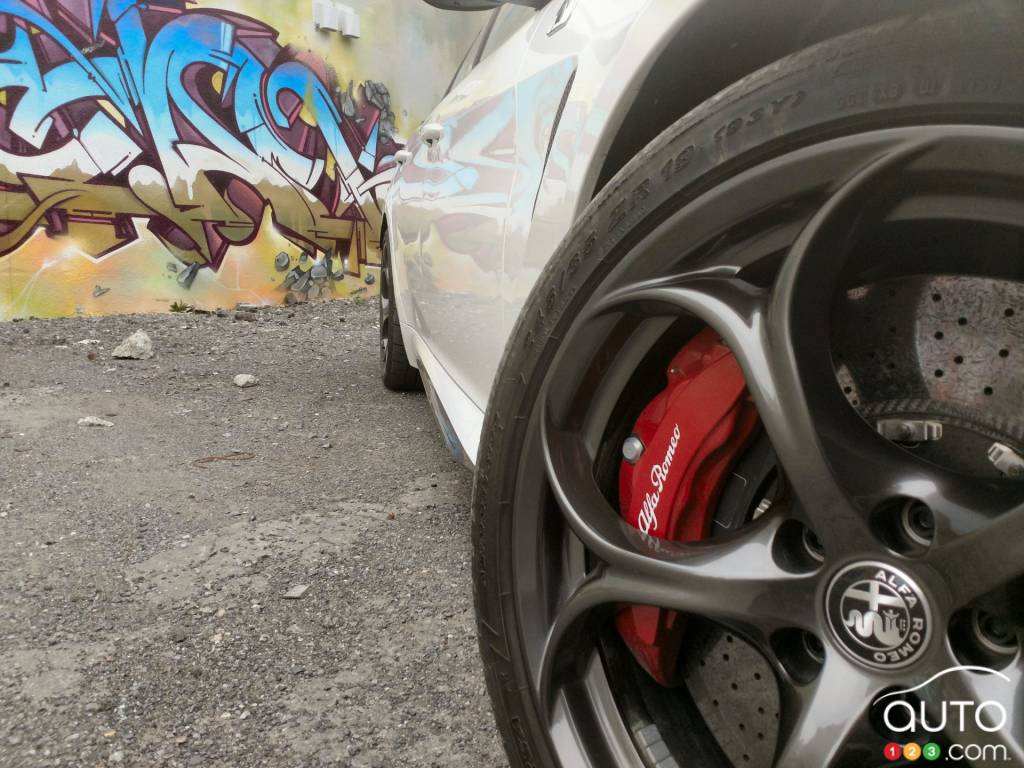 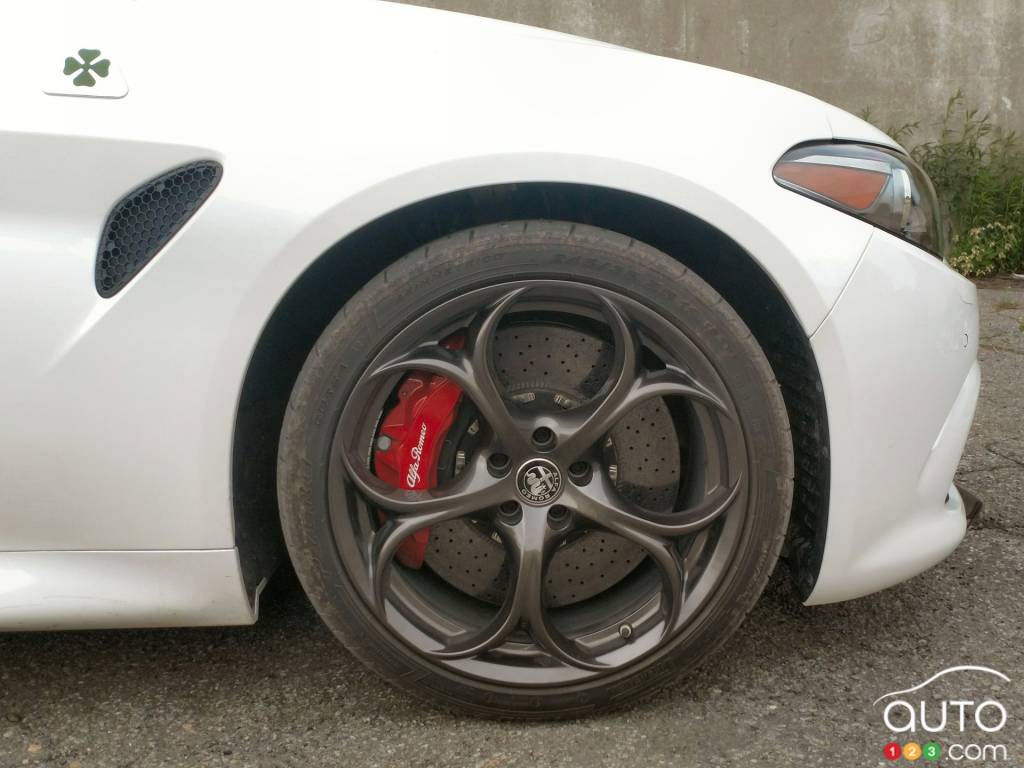 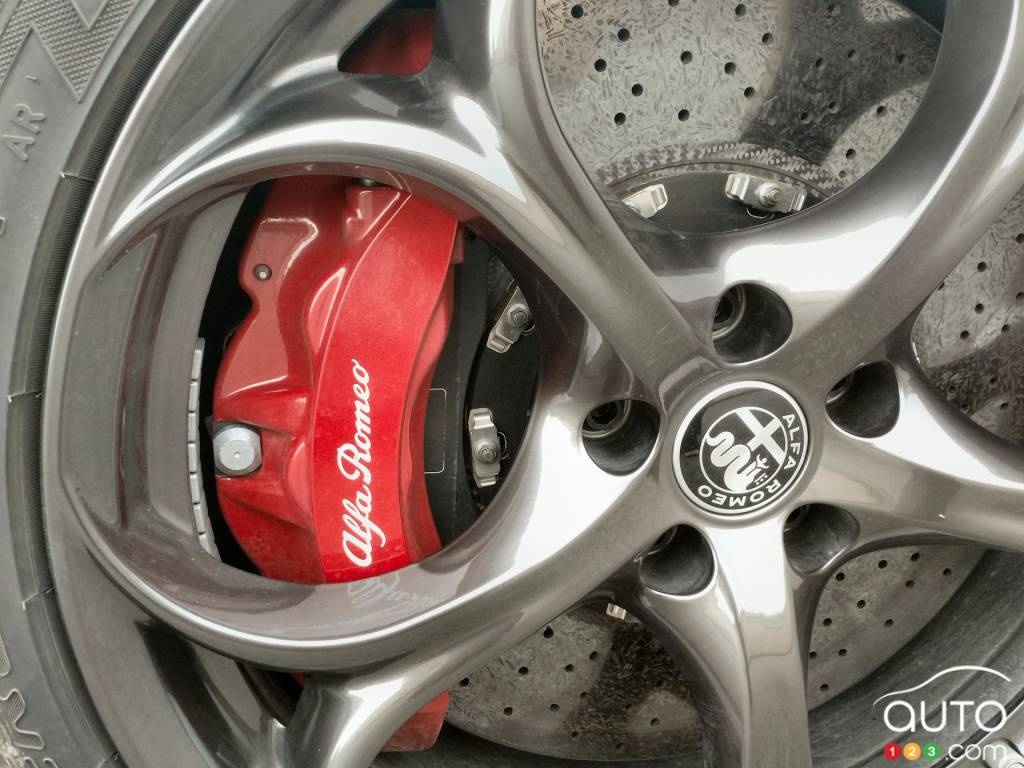 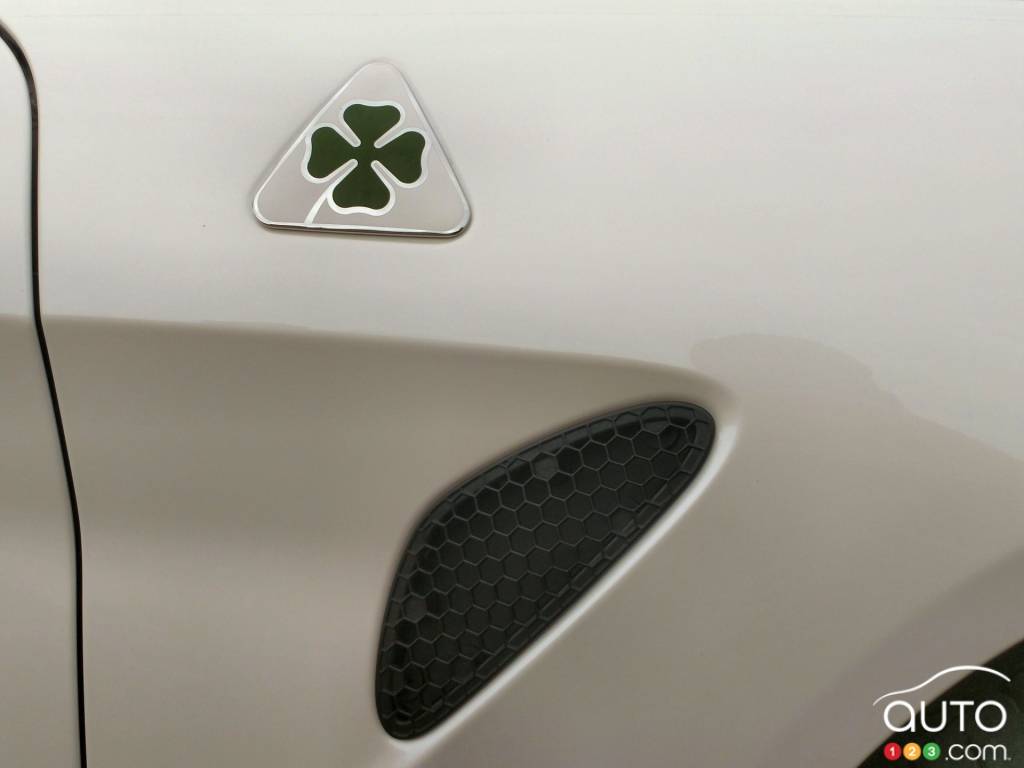 Especially in its all-wheel drive configuration, the new Giulia from Alfa Romeo is a prime example of a car designed with its driver in mind first and foremo...

The 2017 BMW 540i xDrive is a roomy, sufficiently nimble and surprisingly advanced car that competes hard against the equally-new Mercedes-Benz E-Class sedan...

Our 2017 Jaguar XF 20d AWD R-Sport tester proved to be a tempting proposition. It looked great, came fairly well equipped and was properly efficient on the r...