Its visibility as an automotive brand is rather discreet on Canadian roads, to be sure, and that is unlikely to change in the near-future. But while Italian automaker Alfa Romeo has yet to implant itself firmly in North American soil, the arrival of the Stelvio will undoubtedly give the brand’s marketing strategists added ammunition. For starters, anything with utility-vehicle designation is apt to sell these days.

On the other hand, consider the Giulia, the company’s recently introduced luxury sport sedan. A few months after hitting the market, the Alfa Romeo Giulia remains, in the U.S. as in Canada, little more than a curiosity. In deep against the segment’s heavyweights, the Giulia, and its Italian maker, will need to be at their seductive best to attract more buyers to showrooms.

While it’s true that the brand’s past reputation for iffy reliability has doubtlessly made for some skittishness among potential buyers, Alfa Romeo does possibly have an ace hidden up its sleeve. And that is the driving pleasure that has always been a widely acknowledged strong point of the manufacturer’s cars. British TV host Jeremy Clarkson once stated in an episode of Top Gear that any self-respecting car fanatic should have owned at least one Alfa Romeo in their lifetime.

The 2017 Alfa Romeo Giulia is facing off against a smorgasbord of models, most of which come in several flavours and benefit from strong brand recognition in North America. Most people know what an Audi A4 looks like, for example; the same can’t be said of the Giulia. This, among other factors, means the marketing folks at Fiat Chrysler have a daunting task ahead of them.

Unique contours
Choice being so plentiful in this category is all to the benefit of the consumer. Even though the specs of each tend to be quite similar, each of the luxury sport sedans competing in the segment can at least lay claim to a design that is quite unique to them. The same is true for the Alfa Romeo Giulia. In fact I received a number of thumbs up during my week-long road test. With its front end dominated by the inverted-triangle grille, thinned headlamps and openings closer to the ground, the Giulia cuts a striking figure in city traffic.

The sedan can be spruced up nicely as well by adding the optional Sport package ($2,500), which includes 19-inch wheels that call to mind the high-performance Quadrifoglio, as well as black trim bordering the windows that adds to the charisma quotient of the car.

An interior where life is good
Strong performance is great, but so is comfort. And since it purports to be a luxury sedan, the Giulia needs to deliver the goods in this regard. The red leather seating is an immediate signal as to the character of the Italian sport sedan.

The dashboard, meanwhile, is a mix of passion (rounded air ducts) and practical functionality (main commands clustered around the gear shifter).

The seats have clearly been sculpted with the aim of keeping occupants snugly in place when the road gets twisty. They might at the outset not be the most comfortable seats to be found in the industry, but there are much worse ones out there, believe me! In back as in the trunk, available space ranks in the middle of the segment, no worse but no better either.

While fault could be found with the assemblage of some of dashboard’s components, I should underline the high quality of the materials used. Another notable element is the excellent grip offered by the steering wheel. With the paddle shifters placed on the steering column, this wheel serves to remind the driver it’s still possible to have a ton of fun on the road.

No need for the V6 twin-turbo
Real aficionados, the ones who get sustenance from strong driving sensations, will surely be tempted by the Giulia Quadrifoglio, but at close to 100,000 Canadian clams, that version is simply not a realistic choice for many buyers. In fact, the sedan pictured here is no cheapie either; it’s priced at $63,385, which includes transportation and close to $8,000 in options.

Which brings me to my point, which lies under the hood. It’s clear that the 505-hp V6 twin-turbo is the top-performance engine available, but the truth is that the 2.0L 4-cylinder turbo has no reason to fear the other contenders in the category, or even the “big” Alfa engine. The sound it produces when pushed by the right foot on the accelerator is downright pleasant, especially when driving in Dynamic mode.

With 280 hp and 306 lb-ft of torque at its disposal, the base engine of the Giulia is even the most energetic in its class. The 8-speed automatic transmission – sadly, the only one available – works just fine, although the “dna” control knob does significantly change the efficacy of gear changes. In Dynamic mode, the Giulia becomes more surgical in its performance… and simultaneously less comfortable! A plus worth mentioning is the all-wheel drive, effective at increasing the level of stability and safety when road conditions get nasty.

Verdict
Despite the absence of a third pedal and of a more-muscular mechanical setup, the 2017 Alfa Romeo Giulia Ti is a prime example of a sedan designed with the driver in mind, first and foremost. I’m not referring here specifically to ergonomics or the shape of the steering wheel, but to the package as a whole. This overall focus on the driver confers on the Giulia an advantage vis-à-vis its competitors. So while it’s true that a BMW 340i or a Lexus IS 350 F Sport has everything required to satisfy the driver, neither reflects this obstinate quest to maximize driving pleasure. I guess Jeremy Clarkson had a point… 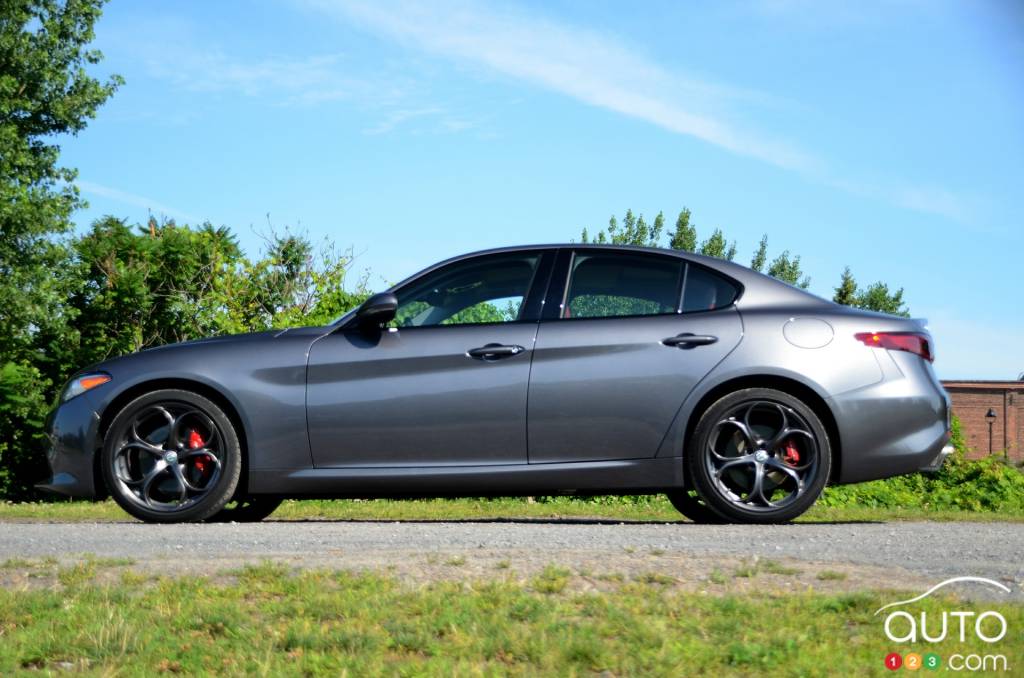 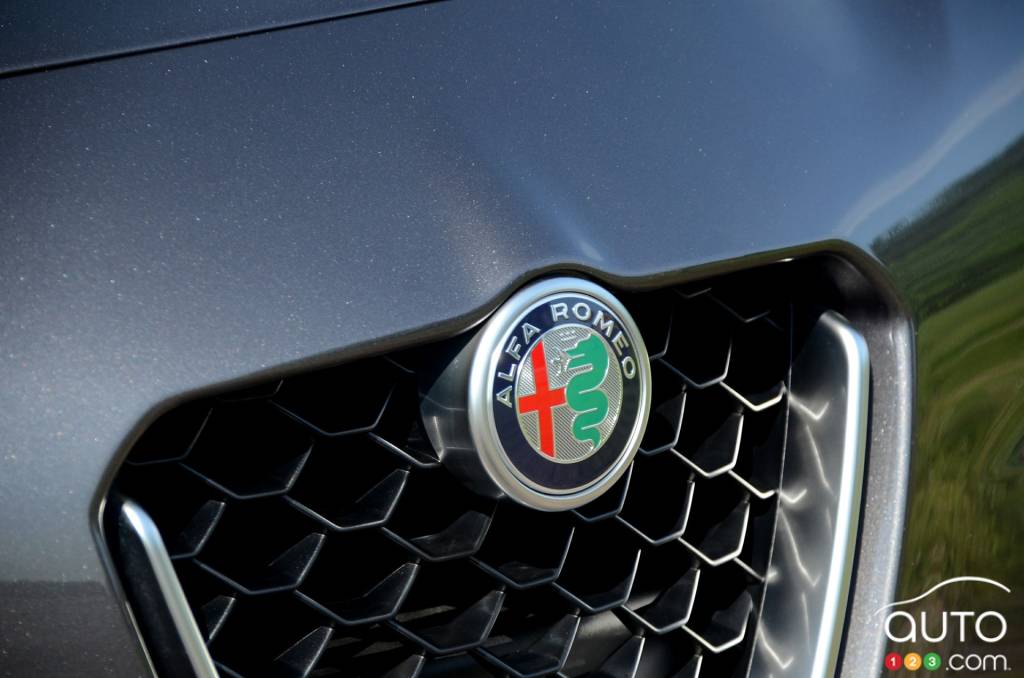 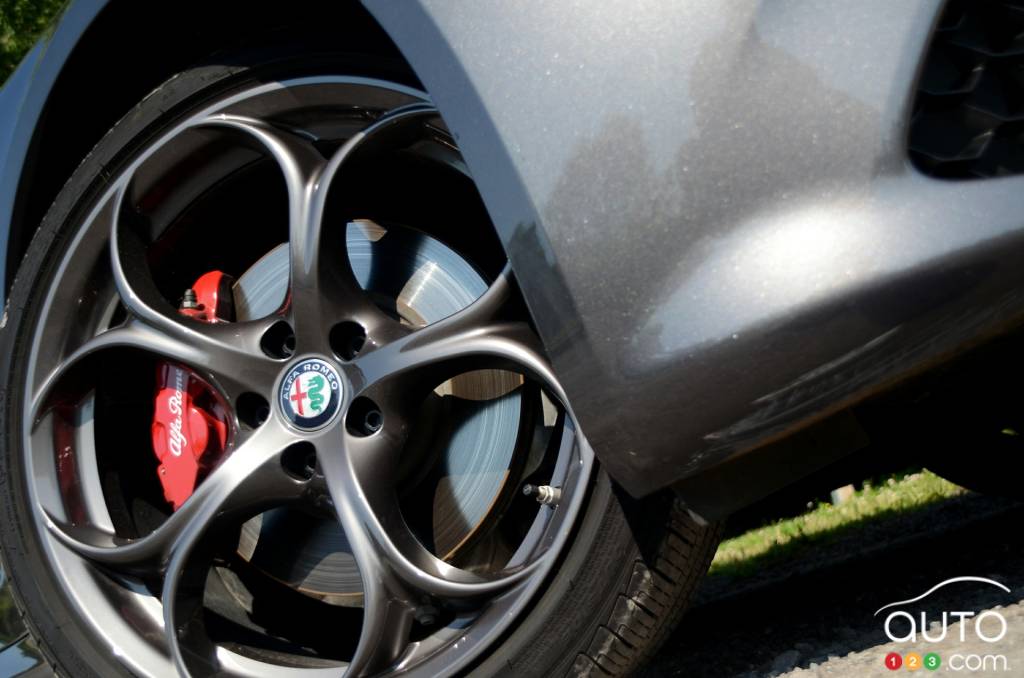 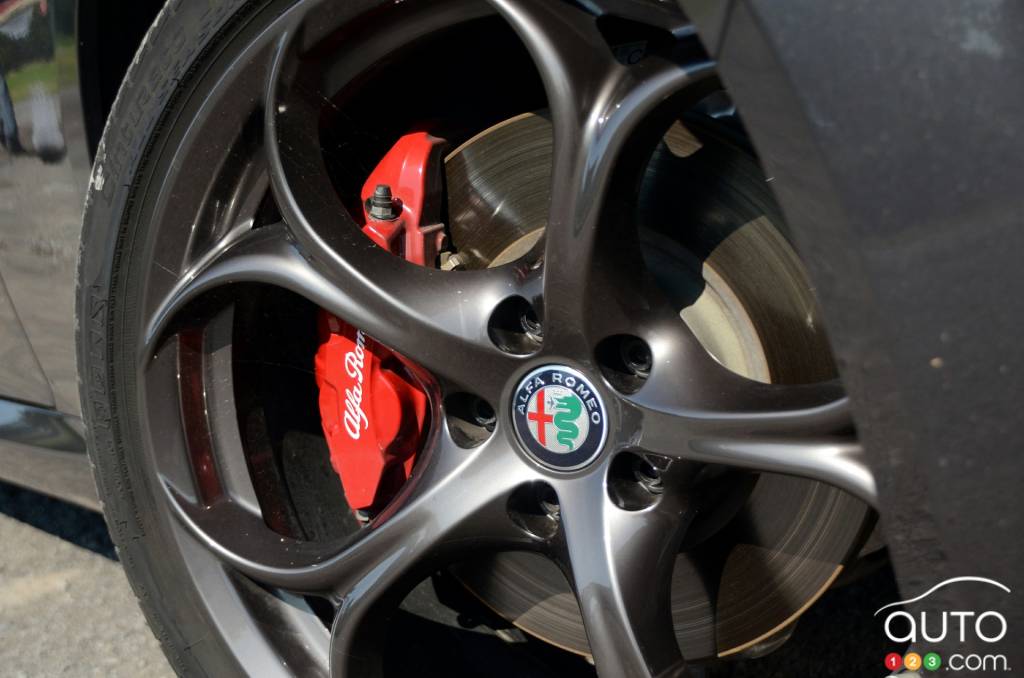 FCA Canada has announced pricing for the highly anticipated 2017 Alfa Romeo Giulia lineup. Three models will be available including the top-line Giulia Quadr...

2017 Alfa Romeo Giulia Quadrifoglio: Too Much For Its Own...

The Alfa Romeo Giulia Quadrifoglio's over-caffeinated character is out of step with the German and American options it's up against. I would have liked a mor...