Automotive branding breeds unusual beasts, and nowhere is this truer than in the ever-shifting landscape of German luxury sedans and their performance counterparts. BMW's M division, Audi's S line, and Mercedes-Benz's AMG brand have all seen their once-hardcore reputations for producing enthusiast-oriented vehicles diluted to the point where the presence of one of these badges is no longer any guarantee of a good time behind the wheel. Where once even possessing the knowledge that AMG or M existed was the mark of an aficionado, nowadays it takes an intimate understanding of how to navigate the various appearance packages, trim tricks, and model numbers in order to tap into true Teutonic adrenaline.

The 2017 Mercedes-AMG E 43's unusual naming scheme is the first clue that this mid-size executive sedan hails from the new era of packaged performance, but it's the details that further separate the car from AMG's hand-built hot rod past. Gone is the one man, one engine philosophy that once guided the assembly in the in-house tuning shop; in its place are ones and zeros that work together with a larger set of turbos to re-work an off-the-shelf 3.0L V6 for more power than what it produces in other Mercedes-Benz models. Also suggestive of the E 43's place in the world is the presence of heavy-hitting hi-po models above it―the E 63 and the E 63 S―which further hardens perception of the car as 'AMG-lite.'

All of which is fine if one tempers one's expectations. After all, few who buy the BMW M550i fool themselves into thinking they've tapped into the otherworldly fury of the M5, and even the Audi S6 has been taxonomically neutered to more closely compete with similarly powered-and-priced rivals. What these cars do sell is the sensation of being part of a once-exclusive, now-expanded club at a discount, while still being able to sample a reasonably quick car that won't scare drivers into parking it forever after that first corner taken in the wet.

Safe and accessible
An effort has been made with the E 43 to sanitize most of the raw beef delivered by AMG models in the past. A rear-biased all-wheel drive system is standard with the car and the standard E-Class suspension has been largely retained, although the air shocks have been tuned to work with the car's adjustable drive modes (Eco, Comfort, Sport, and Sport+), the steering knuckles have been replaced, and the sedan has been given a more aggressive alignment. This attitude adjustment ensures that there's very little chance a driver will catch the car at a loss to deal with whatever driving conditions might present themselves.

What, then, are we left with in this attenuated AMG? Simply put, the E 43 is a rocket of an executive saloon that offers drama-free straight-line speed backed with a respectable level of cornering capability and exceptional daily comfort. Despite its tremendous 2,000 kilos of curb weight, the car's 396 horsepower and 384 lb-ft of torque allow it to hit 100 km/h in the 4.5-second range, and while its chassis might lack in engagement it certainly does an excellent job of keeping that enormous basket of eggs stable when asked to approximate a pirouette. It also stands out as an excellent long-range option given its extensive array of comfort features, phenomenal forward visibility and exquisitely outfitted cabin. If only its nine-speed automatic transmission were so well-rounded; glassy-smooth in all modes save Sport+, the most aggressive setting for the gearbox janks and shudders the car on both upshift and downshifts, particularly at lower speeds.

Less for more?
If there's a flaw in the Mercedes-AMG E 43's execution, it's that the decision to back the car away from the edge has aligned its capabilities with a raft of significantly less expensive automobiles. The E 43's starting price of $79,900 is somewhat hard to swallow when one realizes that the similarly quick Cadillac CTS V-Sport and the one-step-down-but-still-speedy BMW 540i xDrive are in the same performance ballpark, especially when considering that the Mercedes-AMG's extensive options structure trends towards transaction prices in the $90,000 range.

And so it goes. The 2017 Mercedes-AMG E 43 stands out as a muscled-up modern luxury sedan par excellence, one that will fleece both the Mustang in the lane beside you along with your wallet if you fail to show the requisite restraint. At the same time, it offers a comfortable and insulated experience that will appeal to those who want to own the AMG badge, but not necessarily the hair-raising, kidney-jarring heritage that goes with it. Few, if any, sport sedan shoppers are hitting the track in search of premium point-bys, and while the E 43 could certainly turn in a respectable lap or two, its primary achievement is to occupy that nebulous branding space between reality and fantasy that most luxury car buyers are shopping in. In that respect it opens up a new dimension for Mercedes-Benz, and one that will no doubt find hordes of adherents. 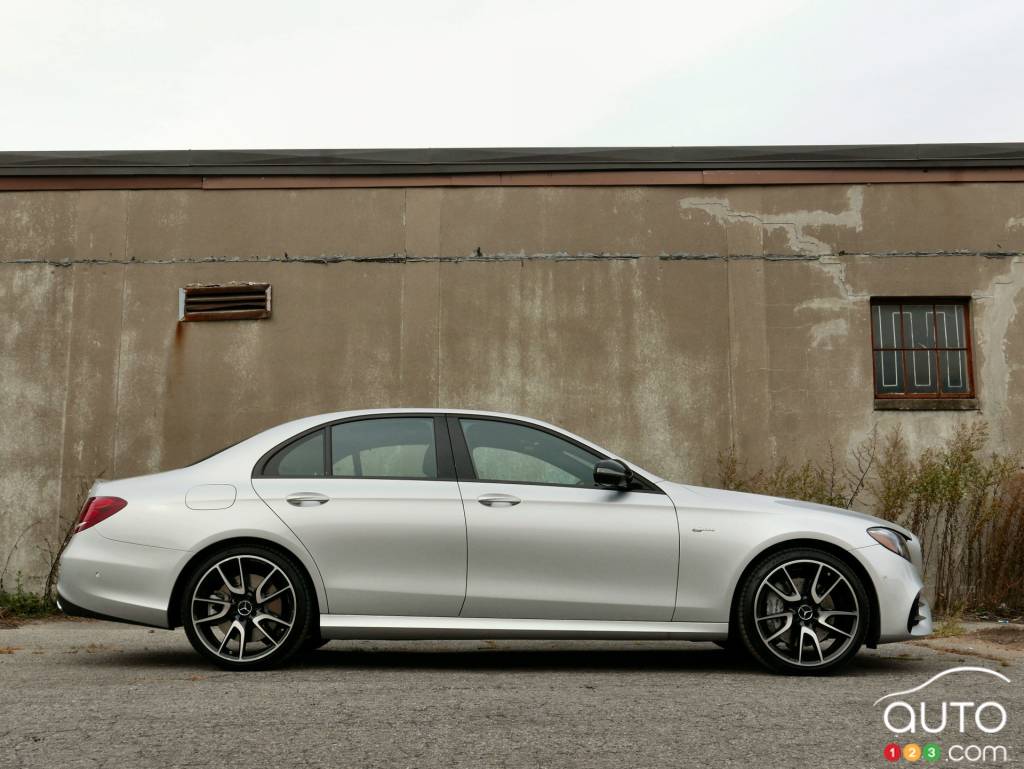 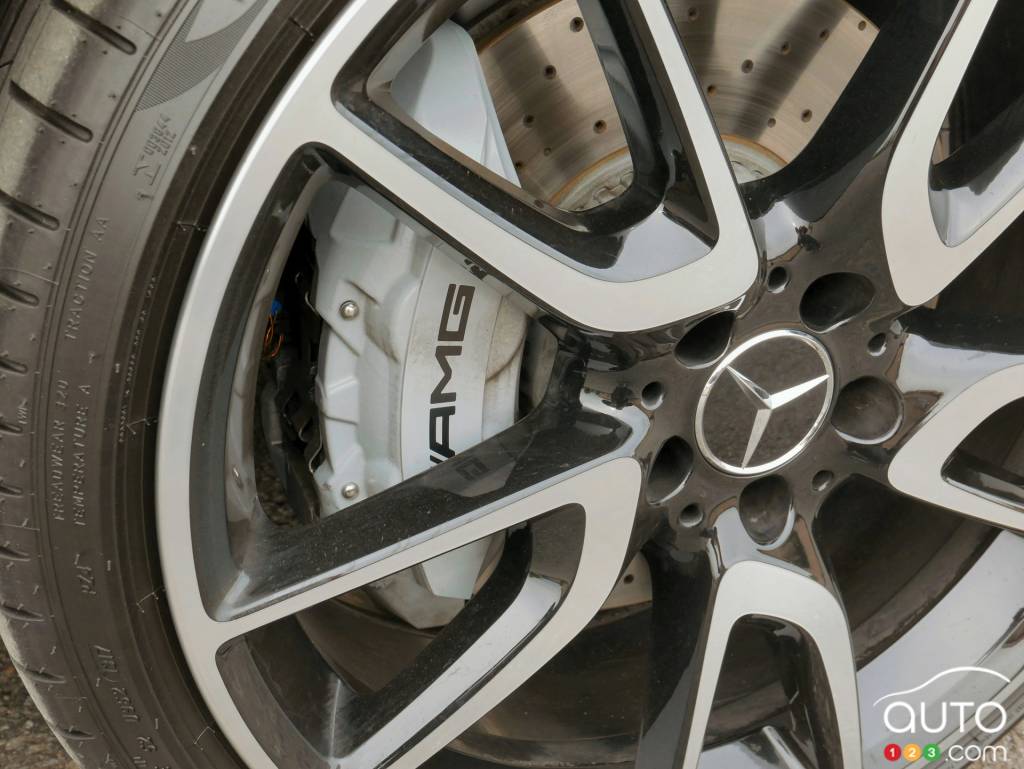 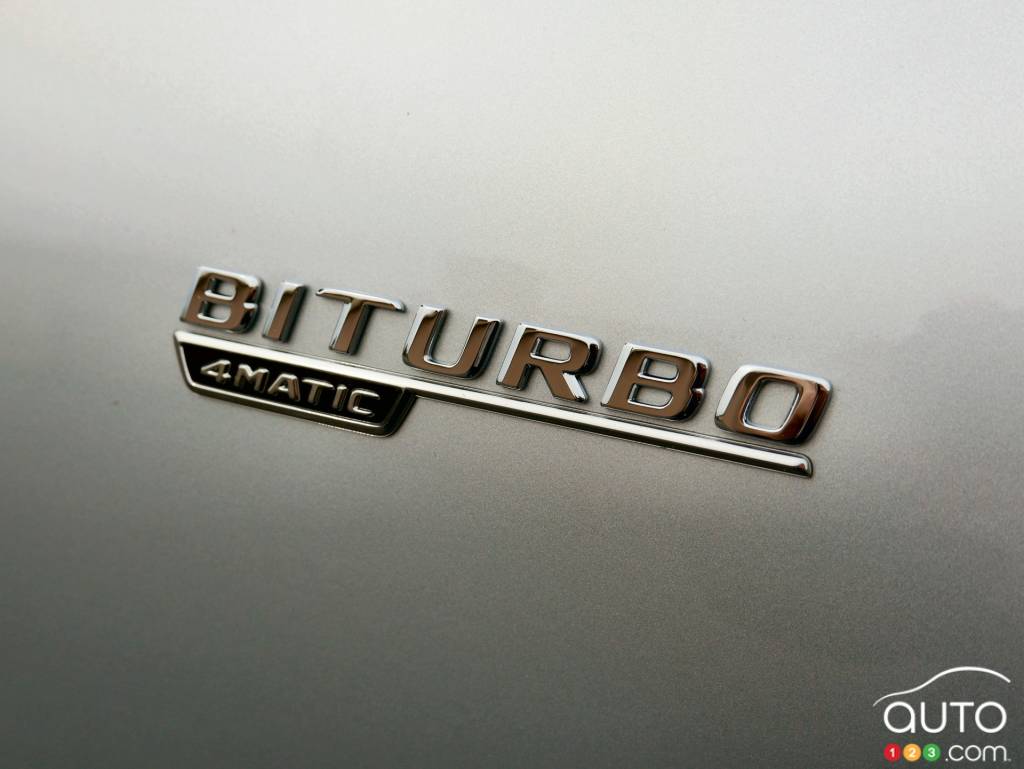 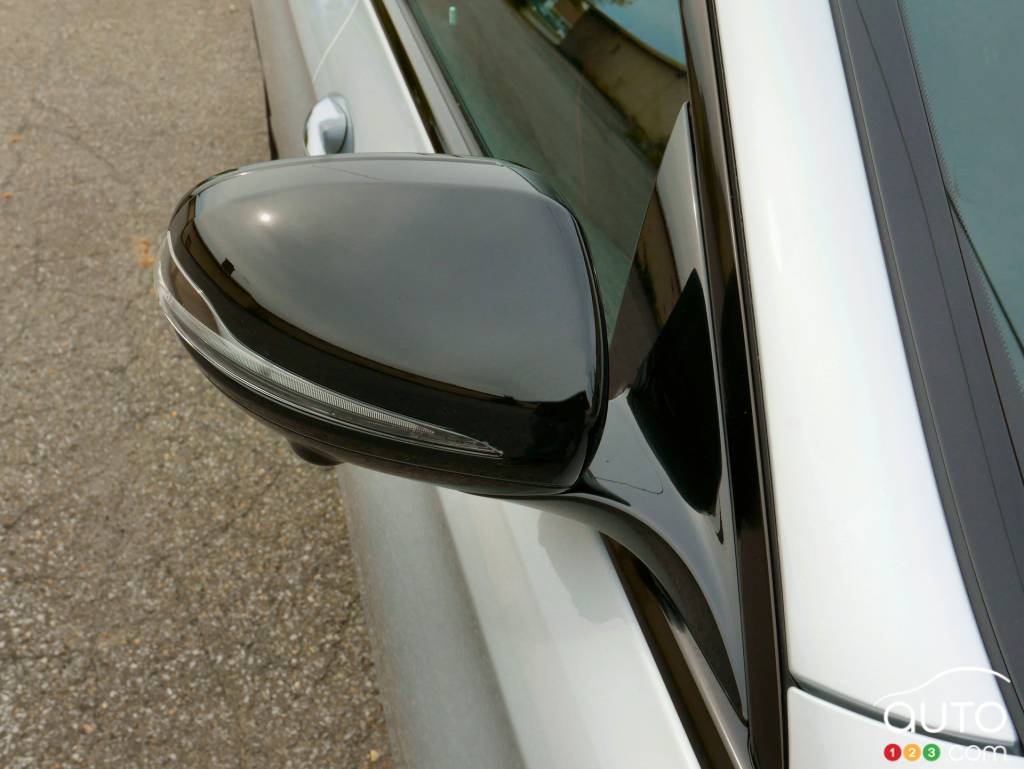 Escape with the new Mercedes-Benz E-Class from Lisbon to ...

The new 2017 Mercedes-Benz E-Class is poised to reclaim its rightful place as a standard-setting midsize sedan. Screw winter, you should take a look at this ...