Since the 2016 Detroit auto show, at which GMC unveiled the second generation of its Acadia SUV, General Motors has made clear its intent to differentiate its trio of family-focused crossovers.

No more producing copycat models for the North American market, a strategy employed by the company since 2008, when the first editions of the Buick Enclave, GMC Acadia and Saturn Outlook made their debuts. After that 2016 revamp of the Acadia, the other two models still on offer from GM, the Chevrolet Traverse and the Enclave, would remain unchanged until this year, when both are getting their own newly distinctive appearance and vocation.

While the Chevy SUV positions itself as the economical choice for larger families, the Buick Enclave has shifted its focus to being the super-comfortable model ideal for eating up the miles on long road trips. This is so clearly the vehicle’s strength that if it were up to me, I’d give the Enclave ‘Road Trip’ as a middle name!

Only one powertrain
The engineers at Buick did not expend time and energy to make the brand’s largest utility model into a paragon of fuel economy for 2018. The powertrain has been improved, but unlike its two platform-sharing cousins and their 4-cylinder engines, the Enclave makes do with a good ol’ 3.6L V6.

Don’t panic. This V6 is an evolved, less fuel-thirsty version, notably thanks to the direct injection and stop-start technologies now included. This is at the same time as output has been boosted to 302 hp (though torque is down slightly, to 260 lb-ft). No matter, because the crucial piece of equipment sits behind the 6-cylinder. The 9-speed automatic transmission quickly becoming ubiquitous across GM’s product range is included in the new Enclave.

The lower trims of the Enclave product line come only with front-wheel drive, but our tester was a top-of-the-line Avenir, which includes all-wheel drive as standard equipment. Buick points out however that its AWD system is intelligent, meaning that it’s possible to disconnect the rear axle at the push of a button placed right next to the infotainment screen. If the indicator light of the AWD button isn’t lit up, it means that the vehicle is begin pulled only by the front wheels, and saving on fuel in the process. When the light is on, it means the rear axle has been brought in to the game. The only drawback of this system is that the driver needs to push the button again to come back to all-wheel power.

Avenir, king of the hill
The Avenir line represents in a sense Buick’s version of the Denali line that has worked so well for GMC. The automaker wants to seduce the kind of clientele that expects more, and its main source of attraction to do that is the Avenir trim, the highest on the Buick pecking order.

As you can see from the accompanying photos, the Enclave Avenir gets some exclusive visual add-ons outside, like the badging on the front doors, or the unique front grille. Even the 20-inch wheels on which the Avenir sits are exclusive to the trim.

Inside you’ll find a number of other elements to remind you you’re in a more refined version of the Enclave, starting with the Avenir-badged door sills, and Avenir stitched into the front-row headrests. The seats are covered with different premium leather just to make sure that comfort levels are as elevated as possible.

The Buick Enclave Avenir is the first vehicle from the automaker to incorporate a camera for the interior rear-view mirror – a technology first seen in Cadillac models. This gadget, from my experience and from what people have told me, is not to everyone’s taste. The wide-angle effect the camera creates is markedly different than what you get from a traditional mirror, and it can be jarring to use at first. On the other hand, the camera allows for loading cumbersome objects in back, right up to the ceiling if needed, without losing vision out the back.

Another perk of the Avenir model is the inclusion of navigation in the infotainment system. This feature is actually in regression in new models hitting the market this year, as manufacturers have caught on to the fact that smartphone nav systems routed through Apple CarPlay and Android Auto do the job just fine, and are actually preferred by many motorists. Also included in the Avenir is the ability to wirelessly recharge compatible smartphones.

At the wheel
Shocking news: I had zero expectation of being able to take corners at speed in this biggest of all Buick models, and the reality met my expectations. The outgoing edition of the Enclave is known for its plushy, comfortable ride, and this second generation is no different.

That said, the new Enclave does benefit from a stiffer chassis, and even a slight boost in power. And if that’s not enough for the sensation-loving driver lurking inside you, the SUV comes with a Sport mode, which does tighten up the driving dynamics. A little. Thanks to the available adjustable suspension and to the steering, fairly responsive for an SUV of this type and size, the Buick Enclave does manage to seduce. A little.

I should also mention that the automatic transmission proved much more docile than the old 6-speed unit. Not only are the shifts more efficient, but the gearbox performs more discretely overall.

One thing’s for sure with the Buick Enclave: occupants won’t be bounced around by any run-of-the-mill road imperfections.  The suspension works marvellously well at flattening out the road, and sound insulation is very impressive - as it is throughout the Buick product range.

Conclusion
The new 2018 Buick Enclave – whether you take the Avenir edition or not – picks up where the outgoing model left off. Able to provide a quiet and comfortable environment for its occupants and deliver a smooth on-road ride, it is a top choice for those who do a lot of distance driving. The Enclave seems to have been designed specifically for North American interstates, in fact. The new 2018 edition is a superior performer in comparison with its predecessor, including in terms of its mechanics. Now, the automaker has the task of convincing consumers that forking over more than $60,000 ($64,475, to be exact) for the feature-packed Avenir is a good idea. 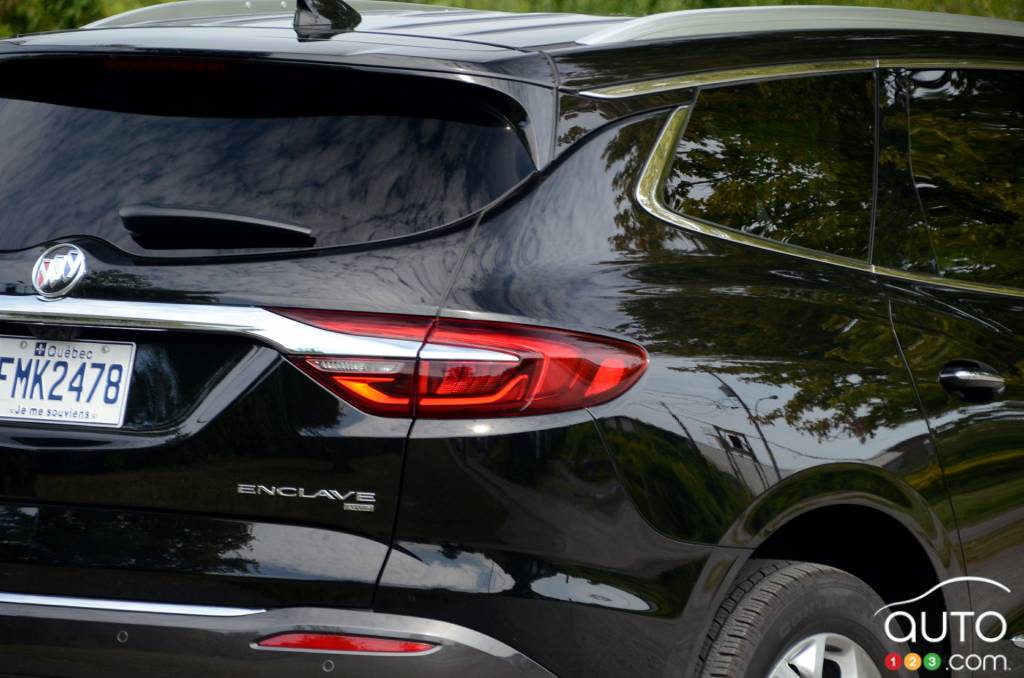 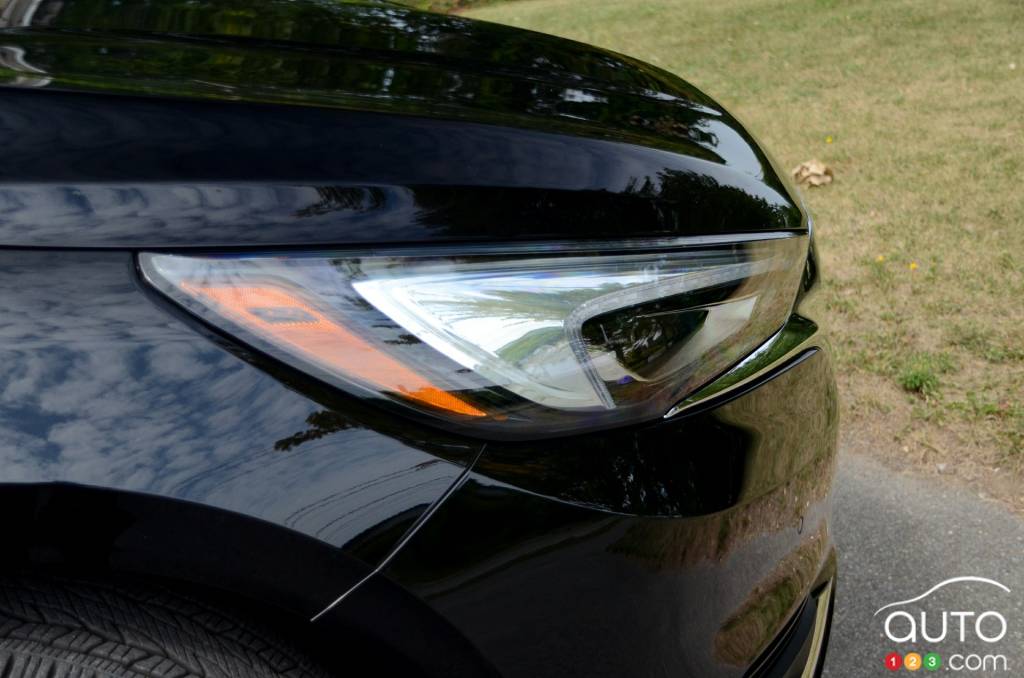 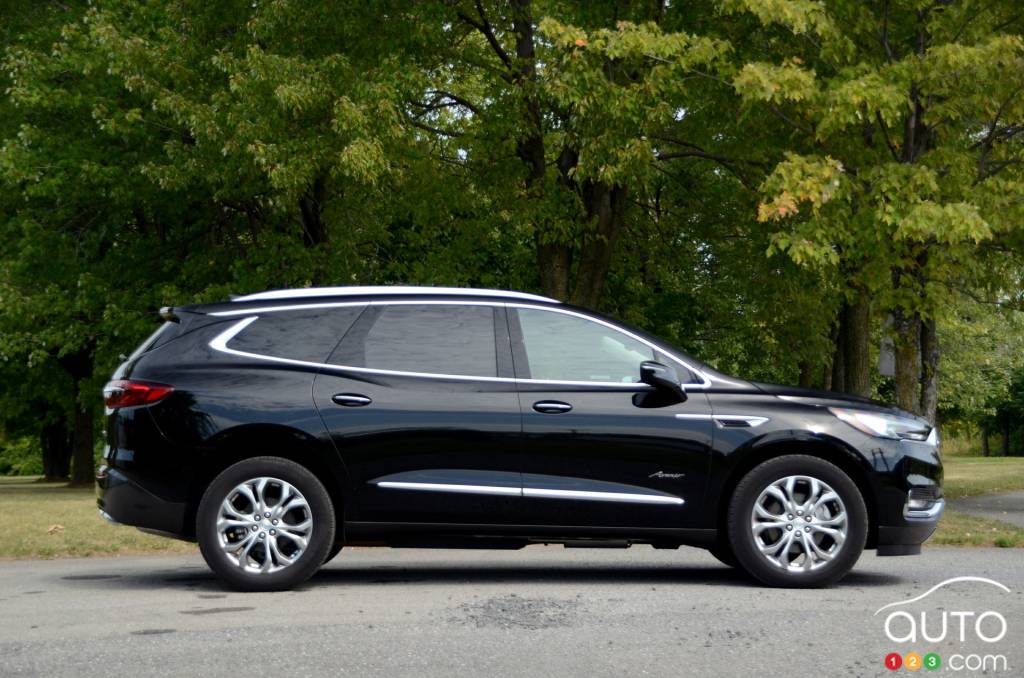 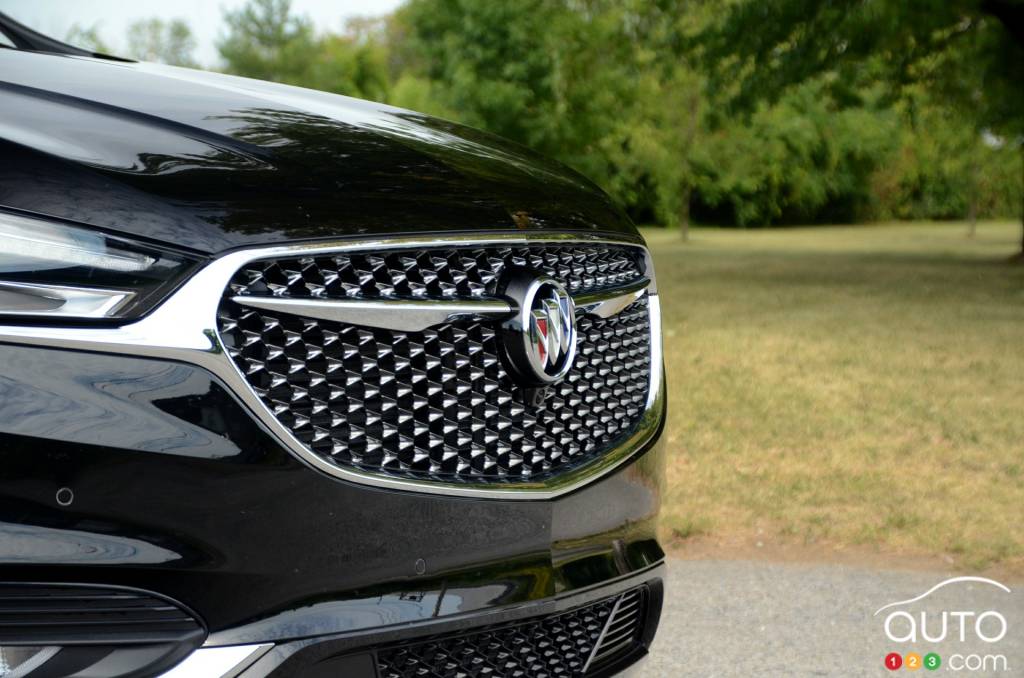 Inspired by Buick’s Avista and Avenir concepts, the new Enclave comes equipped with unique headlights technology and a cabin that is more spacious than most ...

We tested out the 2018 Buick Encore to see if it can provide the kind of premium experience the automaker’s larger models deliver. The small crossover is no ...