The Tahoe SUV from Chevrolet is definitely the most popular entrant in its segment in North America; combine it with its twin, the GMC Yukon, and no one comes close (except in Canada, where the Tahoe is outsold by the Ford Expedition).

The Tahoe, which we explored in depth on Auto123.com last year, is back in 2018 without any real changes, save for the addition of a more performance-oriented version called the Tahoe RST (Rally Sport Truck). This actually creates a bit of confusion because the Tahoe catalogue included an RST Edition, which borrows style and design elements of the sportier RST but retains the SUV model’s standard powertrain, the only one offered by Chevrolet in recent years.

This powertrain consists of the venerable 5.3L V8, well-known for its reliability and good performance capabilities, along with a 6-speed automatic transmission and on-demand all-wheel drive (also including the automatic all-wheel-drive function). Its output is 335 hp, more than enough for camping fans who want to haul a trailer; towing capacity is 8,600 lbs.

For the past several months, Chevrolet has offered potential buyers the option of switching to another V8 bloc, a 6.2L version delivering 420 hp, wedded to a 10-speed automatic similar to what’s found in the Silverado pickups (and developed conjointly with Ford). The rest of the mechanics are similar to what’s included in the other Tahoes with the on-command all-wheel-drive function.

In addition to this engine, Chevrolet engineers revised several other technical elements of the Tahoe RST to improve road grip, braking and overall performance that should make it fit more with the image of the vehicle and the expectations of buyers. As a result, the “performance” RST version comes with a revised suspension, more-powerful Brembo brakes and even a Borla dual-exhaust system that produces a slightly sportier (as in, louder) sound, without going overboard with it. Unfortunately, the towing capacity of the Tahoe RST is no greater than that of the RST Edition. Clearly Chevrolet is aiming at performance lovers and not fans of camping and trailers. 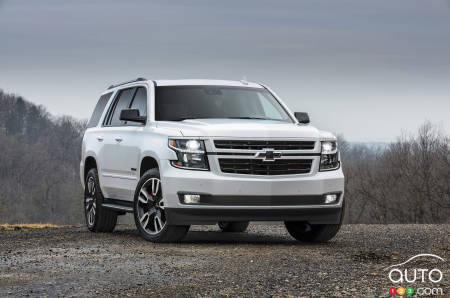 The Tahoe Premier Edition I drove for this test is relatively luxurious, whose primary quality is to be very quiet. When at cruising speed you can barely even make out the engine, though that V8 makes its presence known when accelerating sharply or passing on the highway. Still, though, nothing really dramatic happens on the sound front.

As we’ve written before this is a large truck that’s easy to drive. Tobe sure, it’s most at home on the highway, where its smooth ride is most apparent and its fuel consumption is pretty reasonable (around 12L/100 km). This, in other words, is a great vehicle for long road trips.

In urban situations, it’s quite a different story. Its dimensions make it hard to park (especially as there are no front-end cameras – a feature we appreciated on its main rival, the new Ford Expedition). Obviously fuel consumption goes up, though not unduly. In general, though, driving this big SUV is child’s play because everything is assisted. Plus, its big windows provide great visibility. Steering, while a little soft, is precise enough, and the braking is adequate. The same can be said for accelerations; it takes around 7 seconds to get from a stop to 100 km/h, and passing is done stress-free.

Get behind the wheel of the RST performance version, however, and you get more explosive acceleration and passing. Despite the nature of the Borla exhaust tips, the sound of the V8 is certainly audible but doesn’t invade the cabin, except when you floor the accelerator. The firmer suspension allows the driver to do certain manoeuvres simply not possible with the RST Edition, especially since the manufacturer has equipped the RST with Bridgestone Dueler H/L performance tires better adapted to the character of the vehicle. These tires also ably complement the already impressive Brembo brakes.

A short drive on a small slalom course revealed to us the capabilities of this RST. Of course, this Tahoe is still a mighty big machine, with the limits that imposes. We would have liked to have an independent rear suspension like the Ford Expedition benefits from. This would not only help improve road grips but would free up some needed legroom for the third-row passengers (note: the base versions of the Tahoe don’t come with this third row of seats as standard equipment). 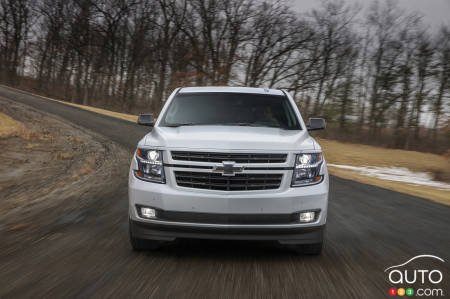 The interior, which we touched on earlier, is more or less the same as before, with comfortable bucket seats in front and middle, and that three-person bench in the back. When that bench is folded down, you get a cavernous rear cargo space, as expected from a large SUV like this. Note that GM’s designers have included a small storage space with closing top all the way at the back (my son calls it the firearm compartment; this may well be the actual use made of it south of the border!).

It’s possible to get a Tahoe with extended rear end to obtain more interior space, but then it becomes a Suburban. What’s more, keep in mind that just about everything written about the Tahoe here can also apply to its near-twin, the GMC Yukon (and its extended Yukon XL version). There also exists, by the way, a police version of this Tahoe, very popular with law enforcement and the performance of which approaches that of the RST.

As mentioned, the most direct rival of the Tahoe is the Ford Expedition, but you could also count the Toyota Sequoia and Nissan Armada.

We’ll wager that the Tahoe is not likely to change much in the next year or two. When it does, it’s almost certain to adopt some of the characteristics of the 2019 Silverado, which we just previewed in a first test drive and is hitting the market this fall. We’ll see which features it borrows, but we do hope it gets an independent rear suspension. As for the GMC Yukon, it should appear more or less at the same time as the Tahoe, and hopefully with the same new features on our wishlist! 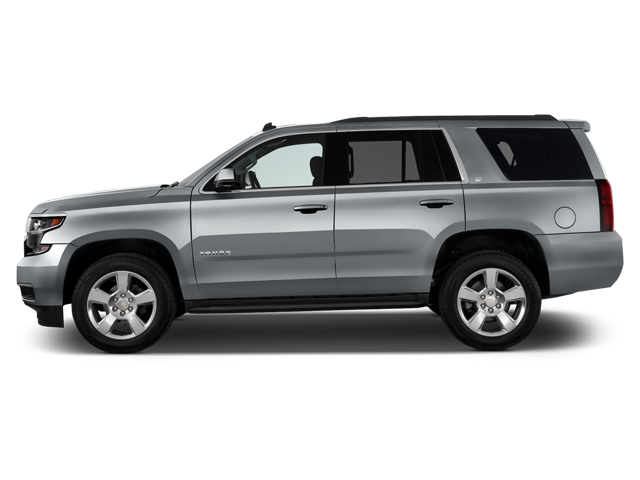 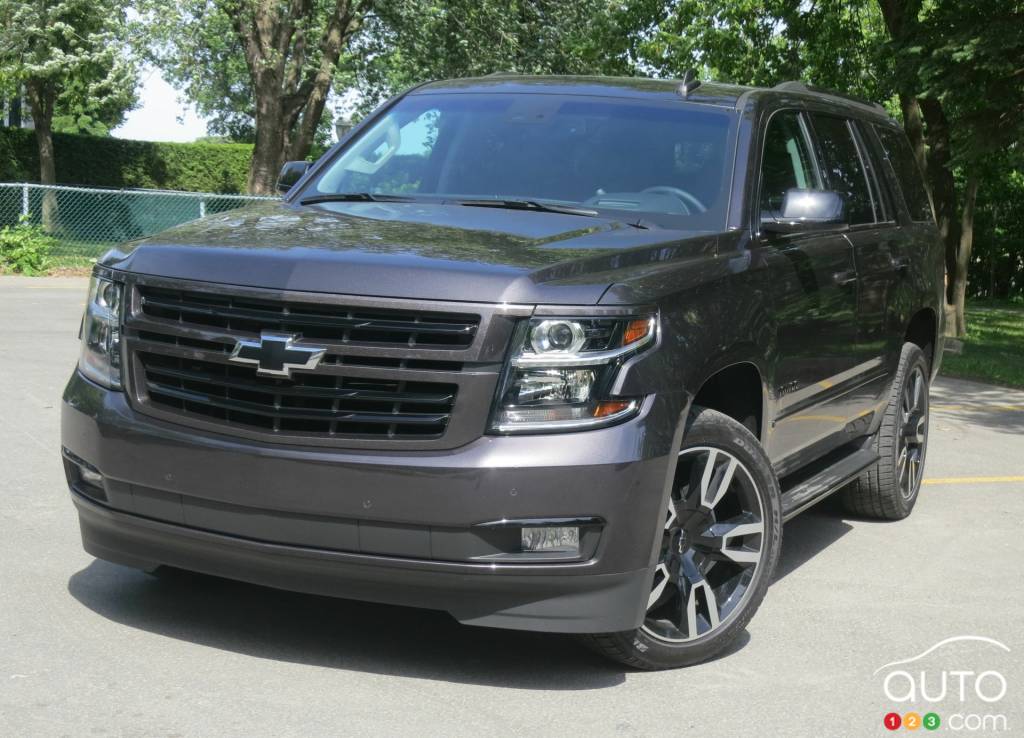 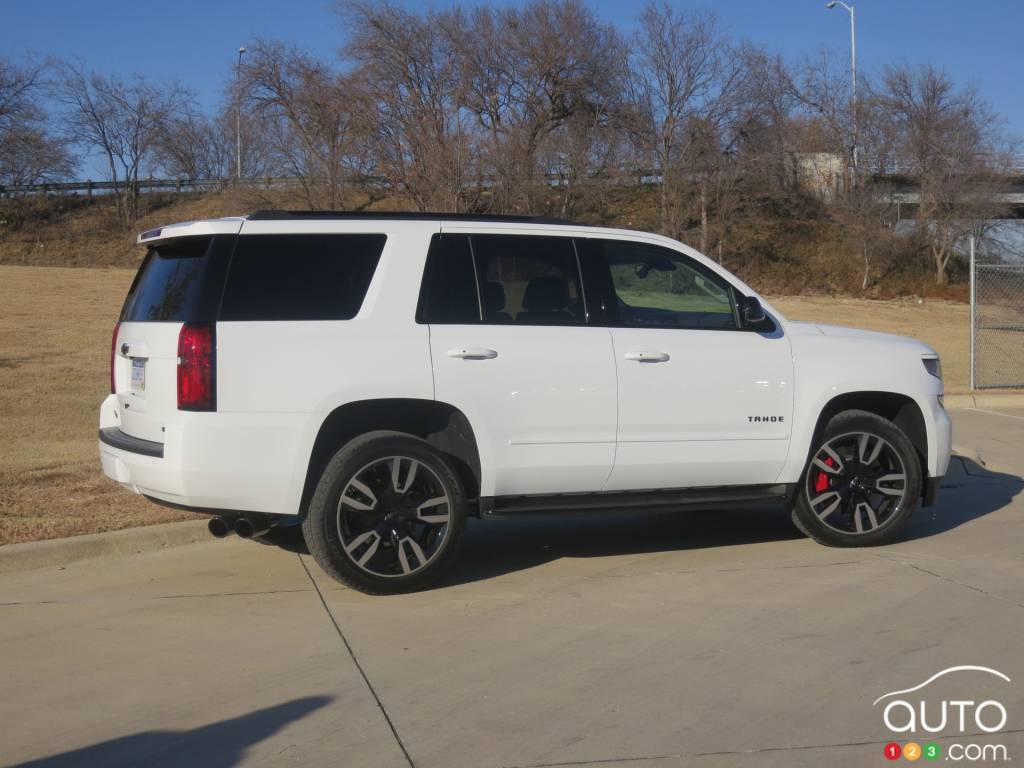 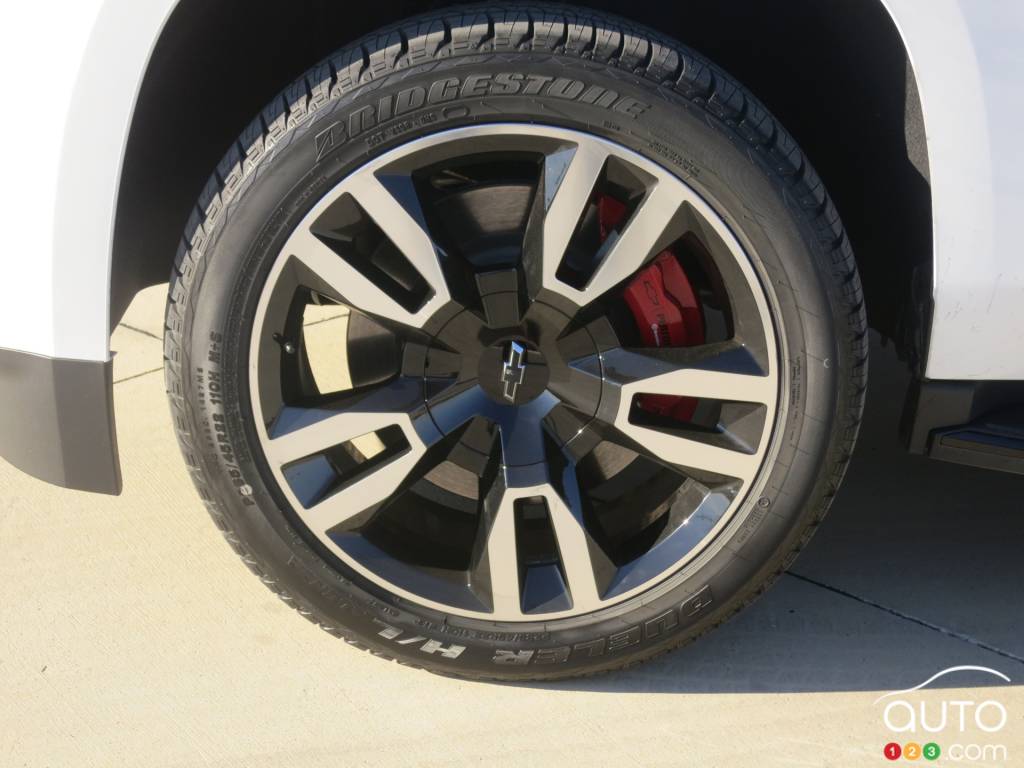 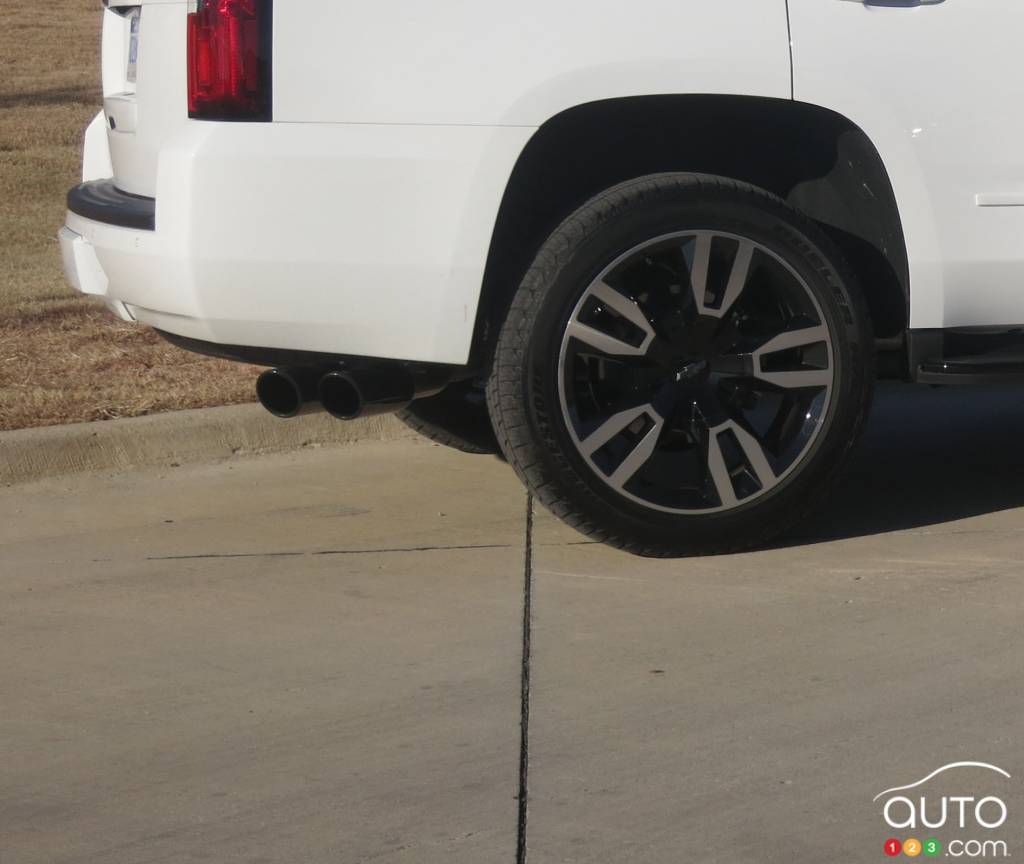 Learn more about the Chevrolet Tahoe and discover why it was chosen best in its class during our 2018 Auto123.com Awards.

First Encounter With the 2021 Chevrolet Tahoe and Suburban

With its major revision of the Chevrolet Tahoe and Suburban for 2021, Chevrolet aims to retake the lead in a segment it already largely dominates. We went to...