Jackson Hole, Wyoming - We all know that the pickup truck market is of crucial importance to all the manufacturers that compete in it. It’s no surprise then that Chevrolet went all out for the introduction of the next-generation Silverado. It started back in December 2017, when Chevrolet had the truck carried by helicopter in front of a crowd of Silverado owners and invited journalists assembled at Texas Motor Speedway.

Incidentally, those owners who were invited to attend were there because their trucks had compiled more than 100,000 km on their odometers, earning themselves the “Legend” designation.

These folks were again present during the 2019 Silverado’s official unveiling at the Detroit auto show this past January. This time it was no fly-over: the truck was up close and parked on the ground. We also learned that the truck is now lighter by some 180 kg, that its chassis is significantly more rigid than before, and that several new engines – or at least engine technologies – were on offer.

For some, it was also very important that the exterior presentation of the new edition would evolve from its predecessor. That version had its qualities, for sure, but many criticized a lack of imagination in terms of its contours. This time around, we can say the designers earned a much better score; the front end is more aggressive, but also it varies depending on the trim, though without losing its easily-recognizable look.

Multiple choices
Chevrolet is proud to point out that the new generation of the Silverado is being offered in eight different versions so that it’s able to more specifically meet the needs and wants of buyers. To make the festival of choices easier to follow, they’ve been categorized into three groups: high value, high volume, and high features. Each version gets its own distinctive front grille, as well as different alloy wheels.

All that selection could make it difficult for dealerships to manage their inventories – especially since the product offer includes seven engines as well as three transmissions. We’ll see.

Chevrolet gives the Silverado another selling point by giving it the category’s largest-volume bed. The tailgate is power-operated but can be opened manually as well. This bed has also been made more refined, via the addition of a dozen anchor points and available LED lighting, sure to be a popular add-on.

You want engines? You got ‘em!
Pickups in general have a wide-ranging product offering, with a host of different equipment, configurations, options and powertrains available. During our first drive of the model in Wyoming, we are given the opportunity to drive versions equipped with the 5.3L and 6.2L V8 engines. The first of those can be ordered, depending on the trim, in two versions. The first of these is more conventional in that the cylinder-deactivation system works the same way at all times, always shutting down the same cylinders. The second, called Dynamic Fuel Management (DFM) is more sophisticated; it continually varies which cylinders get shut down depending on the situation. This engine is twinned with an 8-speed automatic transmission, as is the 6.2L V8. The first delivers 355 hp, the second 420.

Promises made, and kept
It’s all well and good to have a pleasing look that universally well-received, the biggest bed in the segment and a wealth of different trims and powertrains. But the package has to deliver on its promises out on the road. For our initial drive, as mentioned we had use of only the 5.3L V8 and 6.2L V8 with DFM technology. And with those two configurations, anyways, we can say the Silverado delivers on those promises.

For starters, we should point out that the quality of construction is good, that the dashboard, while not super-advanced, offers excellent ergonomics and even a certain elegance, and that the driving position is without major fault.

As well, all models on hand for the test drive were crew cab versions, and the rear seats were spacious and comfortable, as expected. On the road, with either powertrain, the drive is uneventful and the cabin is well-insulated for sound. The engines respond instantly to pushes on the accelerator and shifting is seamless, even imperceptible.

We were also given access to a specially prepared off-rod circuit. It was relatively short, but it did allow us to confirm that the models designed for this overcame all obstacles without much trouble at all. This kind of exercise is also an opportunity to test out the rigidity of the chassis and the bed. Another test allowed us to put the truck’s towing capacity to the test, and it handled this well also. On descents, meanwhile, the Silverado kept a stable speed and gave no indication of trouble in terms of handling.

Take not that certain versions feature a system designed to facilitate attaching trailers, while another system gauges the trailer’s tire pressure while driving. An ingenious system of cameras gives drivers the use of extra-large rearview mirrors.

To each his (or her) own
The three main players in the pickup market are of course Ford, RAM and Chevrolet/GMC. Ford offers an aluminum structure for the cabin allowing for a significant weight reduction, while RAM is developed a new generation focused on a sophisticated suspension system and interior comfort. From Chevrolet we’re talking essentially about a professional-grade truck that equals its rivals for comfort, but without losing sight of its main purpose, to be a work tool. That tool has been made more sophisticated, more comfortable and more fuel-efficient, but it’s as capable as ever when it comes to getting heavy jobs done. 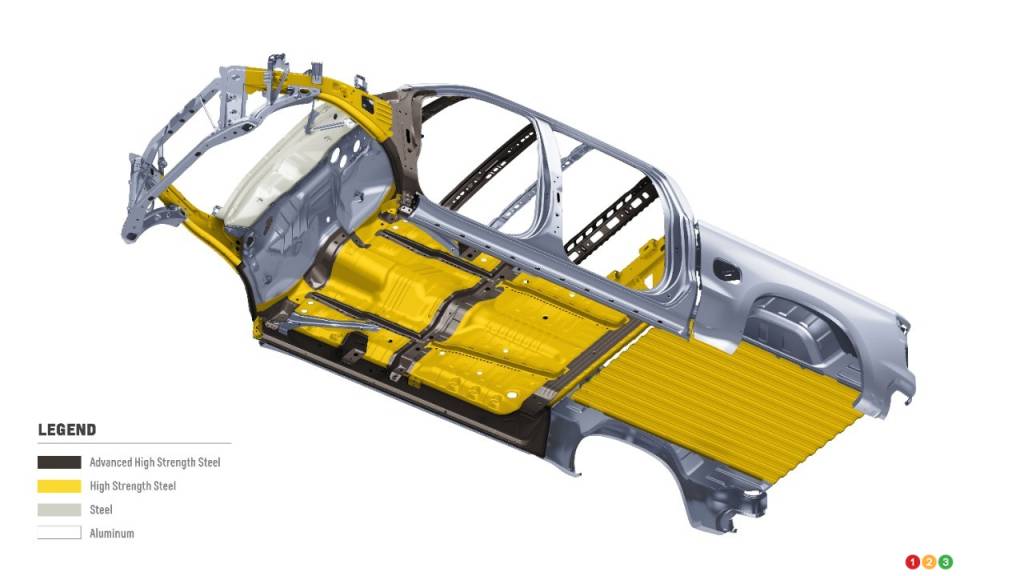 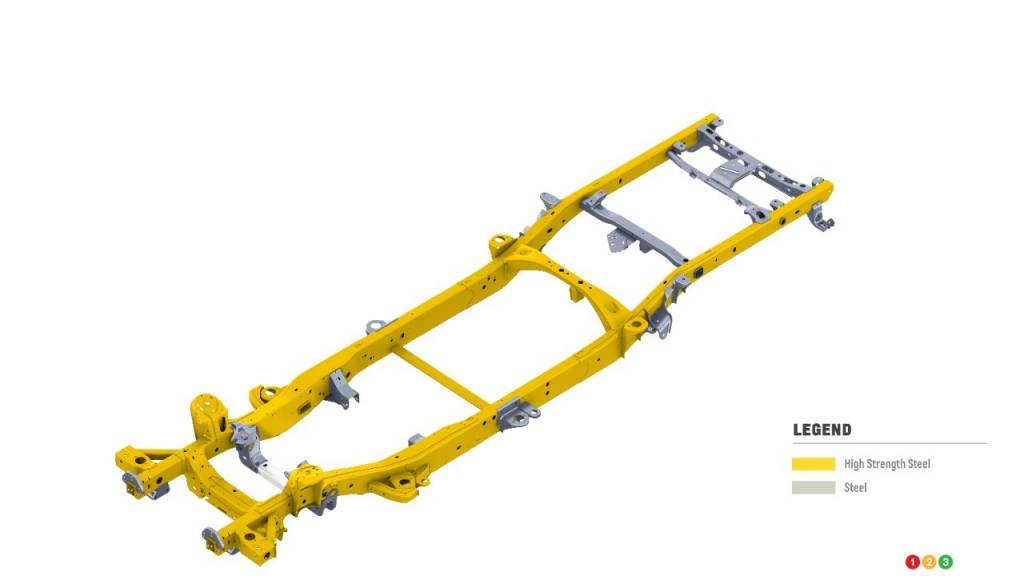 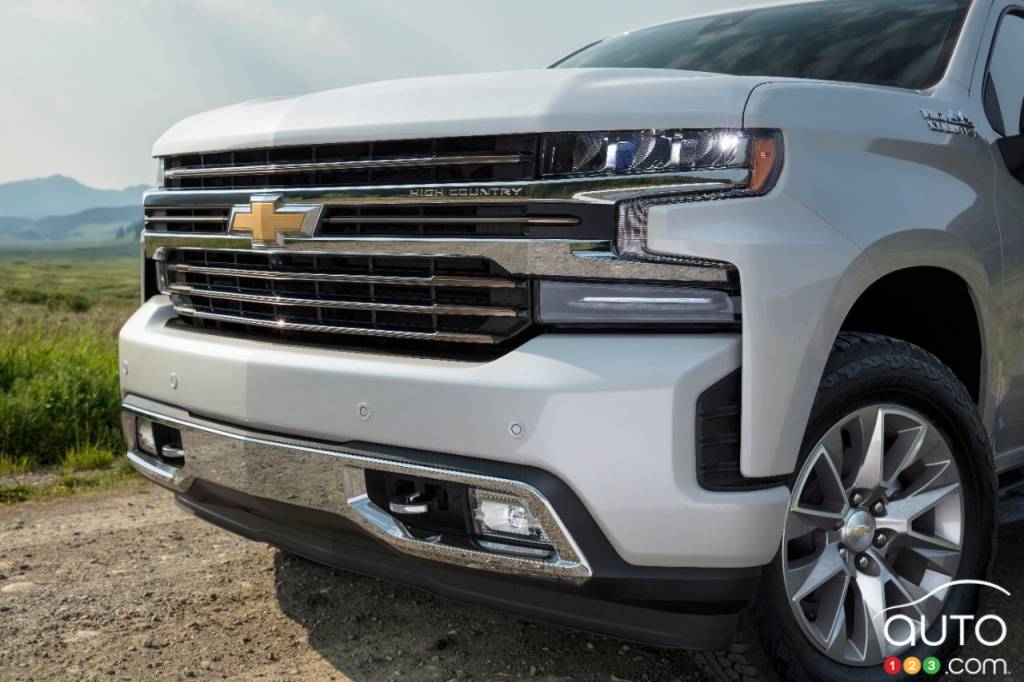 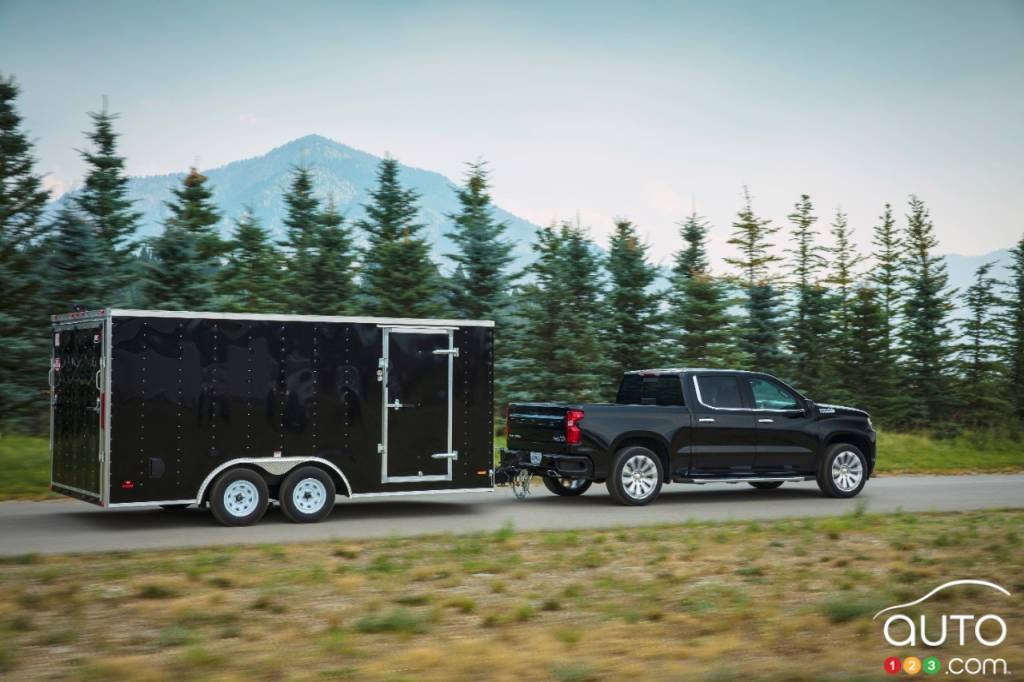 2019 Chevrolet Silverado Review: At Play in the Great Whi...

The Chevrolet Silverado arrive totally renewed for 2019, and it’s clear no effort was spared by the manufacturer to make it the best Chevy truck ever produce...