I’ve always been well-served by Ford SUVs. At just about every level, their family-size vehicles manage to satisfy. Having tried the 2018 Ford Escape and been left with a good impression, and with a Ford Edge of my own sitting in my driveway, I didn’t want to miss the chance to explore another member of the Ford utility family and test out some more of the merchandise that’s out there for families like mine. So it was that I put to the test the 2018 Ford Explorer, the biggest of the mid-size SUVs in the Ford lineup, just under the Expedition. Which by the way retails starting at a pretty hefty $60,149, before transport and preparation, while the Explorer starts at just $34,899 or $36,789, transport and prep included.

I actually don’t know why the manufacturer doesn’t make more noise about its Explorer. This SUV very ably combines comfort, power and technology, plus it’s quite a looker, and even the base trims are fairly well-equipped.

Here’s what Ford offers buyers ready to fork over just under $37,000, with the entry-level Explorer:

It’s possible to opt for the 2.3L EcoBoost engine in the base-model Explorer and the XLT version for an extra $1,000, and the addition of all-wheel drive is another worthwhile option. That XLT trim, by the way, comes with a $39,099 starting price ($40,989 with transport and prep included) and also comes with:

The Limited version starts at $49,999 (or $51,889 with transport/prep) and brings in the 2.3L EcoBoost as the standard engine and comes with the add-ons of the lower versions, plus:

The Sport and Platinum versions come with a standard 3.5L EcoBoost V6. Honestly, all three engines available for the Explorer are effective; the key is to choose the one that meets your needs.  The Sport version that I tried offered a generous amount of power and driving pleasure thanks to that 3.5L EcoBoost, but when you get to this trim the price point starts to get imposing – it starts at $56,189, transport/prep included. In my view this is still justified and worth it, because with the Explorer Sport the performance and capabilities also start to get imposing.
The level of comfort is enhanced thanks to perforated leather seats that also get contrasting red stitching, as well as the intelligent all-wheel-drive system with the efficient Terrain Management System. And the 20-inch machine-finished aluminum alloy wheels make the vehicle downright seductive.

Where the pricing really hits the stratosphere is with the new Platinum version of the Explorer, which will set buyers back at least $62,589, transport/prep included. Ford went all in of course with this version, starting with the Nirvana leather seating with micro-perforations and quilted bolsters, the Ford Safe and Smart package, the twin-panel power sunroof and the upgraded active parking assistant systems. At this level you’re into the luxury SUV segment, and the comfort and roster of equipment that comes with that. If this is the version you’re considering, it’s worth comparing it to other premium products whose base-model starting prices start around $60,000. It will give you an idea of how well the fully-equipped Explorer stacks up against the big boys!

Take note that all versions are offered with the 6-speed automatic transmission. This unit works really well with each of the engines, and is well capable of towing that maximum allowed 5,000 lbs.

Here’s what I liked about the 2018 Ford Explorer:

-its modern and luxurious appearance
-its vast interior that offers space for all passengers (though, as usual, that third row is suitable mainly for children)
-the interior finishing, which is more than just acceptable; we’re not quite at the luxury-vehicle level, but to be honest, the high-end Sport and Platinum versions of the Explorer will make you take them seriously as an alternative to the luxury SUVs
-the efficient all-wheel drive system
-ride smoothness, driving dynamics, handling
-the feeling of safety when you climb aboard
-not feeling like you’re in a tank when you’re on the road
-the power fold-down third row of seats
-the Snow, Gravel and Sand drive modes

And here’s what I liked less about the 2018 Ford Explorer:

-the compromise you have to make between the driving pleasure offered by the 3.5L EcoBoost twin-turbo V6 and the price it makes you pay at the pump (estimated consumption is 10.7L/100 km, highway). After 7 days of driving it mainly on major arteries linking the Laurentians and the suburbs of Montreal, with the inevitable traffic slowdowns that entails morning and evening, the Explorer surprised me by putting up a figure of 11.4L/100 km. Things get dicier in the city, though, as even the official manufacturer’s figure is a pain-inducing 14.4L/100 km.
-that the entry trims don’t offer all-wheel drive as standard is a shame, though I understand that this is an element that fits in with Ford’s pricing strategy
-the high sticker prices attached to the Sport and Platinum versions
-limited space for passengers in the third row
-limited rear visibility

Sales of the Explorer continue to grow year after year, and it’s not hard to see why. It’s an SUV that offers a host of possibilities to its buyers, and it is definitely in the top tier within its segment, whichever trim you choose. It has all the basics right: powerful engines, good available all-wheel drive on the lower versions, an interesting selection of options and equipment, comfort, good looks, towing capacity, even its fuel consumption is respectable given its size.

It’s said that Ford intends to produce an ST performance version of the Explorer in the near-future. This version would, rumour has it, get a turbocharged V6 delivering more than 400 hp (it may be the same 3.0L currently used in the Lincoln MKZ). There is, according to yet more rumour, still another Explorer model on the drawing-board, which could see the light of day in 2020. It’s clear we’ll be hearing about and from the Explorer for a while yet, and its future in terms of sales looks promising, at least from the vantage point of today. 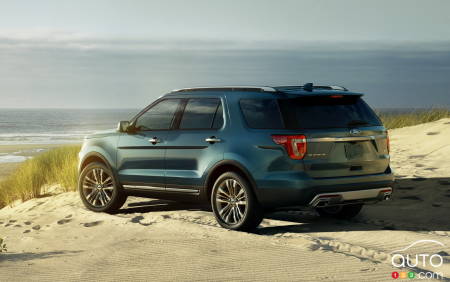 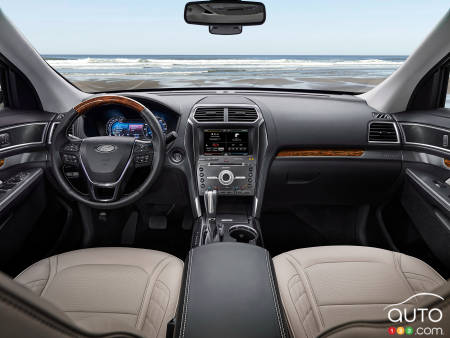 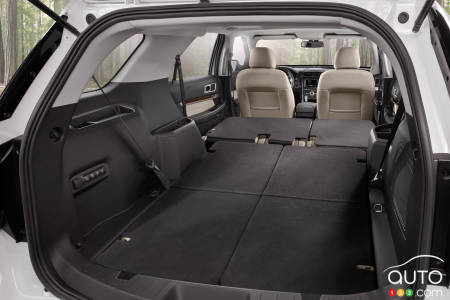 The 2018 Ford EcoSport is not actually a new model – it’s just new to us. It’s been around in other markets since 2012. But Ford looked at the strong growth ...