As I sat at the launch of the 2018 Ford F-150 in one of the oldest vehicles I’ve ever had the pleasure of sitting in, I realized just how appropriate it all was. While the little 20-horsepower 4-banger found under the so-short-you-can-barely-see-it hood of the 1920 Ford Model TT may not be a power monster, thanks to the rest of the engineering in the pickup version of the venerable Model T it provided an immense lift to anyone lucky enough to have one. It got a reinforced chassis, wood-lined bed and beefier front axle—features that made a whole whack of difference.

The most capable F-150 ever
Benefitting from improvements to those very same parts (save for the pickup bed), the 2018 F-150 is the most capable ever, from the big 5.0L V8 (which replaces last year’s 6.2L unit) all the way down to the smallest, 2.7L turbocharged EcoBoost V6. Just as it was back then, Ford continues to be a leader today, only we’re talking pickups as opposed to cars as a whole.

While that may be a downgrade, know that Ford sold almost 120,000 of these in Canada last year (and over 820,000 in the U.S.), meaning that it takes up a huge piece of the personal car sales segment, just like the Model T and its many variations did roughly a century ago.

All the available engines have been given a once-over with improved internals to help boost capability and efficiency. Base trucks get a naturally aspirated 3.3L V6 that replaces last year’s 3.5L, and from there we move up to a 2.7L EcoBoost V6, a 3.5L EcoBoost V6 in two states of tune (one that produces 450 hp and 510 lb-ft of torque in the F-150 Raptor model exclusively) and the aforementioned 5.0L V8. With a proprietary diesel V6 coming next spring, there’s a whole lot to choose from when it comes to your truck’s powertrain.

Impressive 2.7L EcoBoost
The big story—or the small story, depending on how you look at it—has to be that 2.7L powerplant, which sees its torque count jump 25 lb-ft for a grand total of 400, equal that of the V8 model.
You can feel it almost as soon as you get on the gas; a little turbo lag notwithstanding, the 2.7L Ford F-150 feels like it’s got much more going for it than that. Helped along by a now-standard 10-speed transmission, the truck sprints forward with reckless abandon if you don’t watch your throttle inputs. Equipped with a Heavy Tow package that adds more high-tensile steel to the rear and mid-chassis box sections as well as a stronger front axle, the 2.7L engine can tow up to 9,000 lbs. To help demonstrate this, Ford hooked one up to a 7,500lb trailer at the event—quite a feat for such a small motor.

In addition to making it capable of hauling more, Ford has also made the art of towing easier on drivers with its Pro Trailer Assist (PTA) system. On-hand mainly to help reverse your trailer, PTA asks drivers only to make use of a knob mounted to the centre stack to back up their truck. It provides a rough idea of where the driver wants the truck to go, and the computers handle the steering itself. It’s a bit spooky at first, but once you relax and let it do its thing, you’ll see just how beneficial it can be. We weren’t given the chance to test it on a shorter trailer—those can often be harder to manoeuvre—but I’m sure it will do just fine there, too.

Besides PTA, Ford has added adaptive cruise control to the F-150 for 2018, and not only will it work for the truck itself, but for the trucks hooked up to trailers, too. ACC systems automatically apply the brakes to keep certain distances from the traffic ahead; Ford’s system will do this for both truck and trailer. It’s got a stop-and-go feature for rush-hour traffic, and the blind spot monitoring system follows suit, working to cover your trailer’s blind spot just as it would your truck’s blind spot sans trailer.

Quite the hauler
Like I said, the 2.7L wasn’t the only engine to get massaged for 2018. The base 3.3L V6 now operates with reduced friction, gets gasoline direct injection and redesigned internals, helping it gain 8 hp and 12 lb-ft over the outgoing 3.5L unit, for totals of 290 and 265, respectively. The 5.0L V8, meanwhile, gets a boost of 10 hp and 13 lb-ft (for totals of 395 and 400), spray bore tech, as well as a new intake manifold, rods and main bearings. All engines save for the 3.3L come equipped with the 10-speed auto as standard; the 3.3 gets an older 6-speed auto.

We also had the opportunity to put the 5.0L through its paces both dry and with a 3,000lb payload, and while it may be down a little in size on the outgoing 6.2L V8, there’s plenty of push there to ensure that it can handle itself no matter how loaded it was. Really, the only time we felt the effects of the heavy payload was when we’d go from turn to turn as the mass of the payload would shift and cause us to refine our inputs a little. Braking required a little more effort as well, but it wasn’t so much that I ever felt uncomfortable with the braking power I had. Plus, you get that great V8 burble on top of it, although I tend to agree with my drive partner who thought the EcoBoost V6 actually sounded better (the result of sound amplification tech, mind you).

Design stays fresh
While the underhood additions are noteworthy, Ford did not skimp on new exterior bits, either. The most obvious are the “C-clamp” headlight lenses that the Super Duty trucks received last year. They look distinctive on those beasts and the effect is the same here. If that’s not enough, Ford has made six grille styles available, depending on which trim you order. Entry-level trims like the XLT and Lariat get a blacked-out, dual-nozzle mesh treatment, while higher trims such as the King Ranch get more upscale (albeit bug-catching) chrome grilles.

The daytime running lights are also LEDs now, as are the taillights for an even more upscale look. The tailgate has also been modified, providing a stamped finish on the XL, XLT and Lariat trims, while King Ranch, Platinum and Limited trims get a satin finish back there. All 2018 Ford F-150 trucks get redesigned aero to help with fuel economy and ride comfort. Additionally, there’s a host of new interior and exterior colours to choose from—including a brazen blue with red, silver and black decals and a red/black interior—as well as new wheel options ranging from 18”-22” in size.
Other than that, nothing much changes inside save for the addition of B&O Play audio, which delivers some fantastic sound quality that the previous Sony system couldn’t touch. It works in concert with Ford’s SYNC 3 system to help make us forget the, well, forgettable electronics found in older trucks.

The king keeps its crown
In the end, all those little tweaks have Ford confident that it will once again lead the pack in the light-duty truck game. After spending some time in a variety of 2018 Ford F-150 models, we tend to believe them. 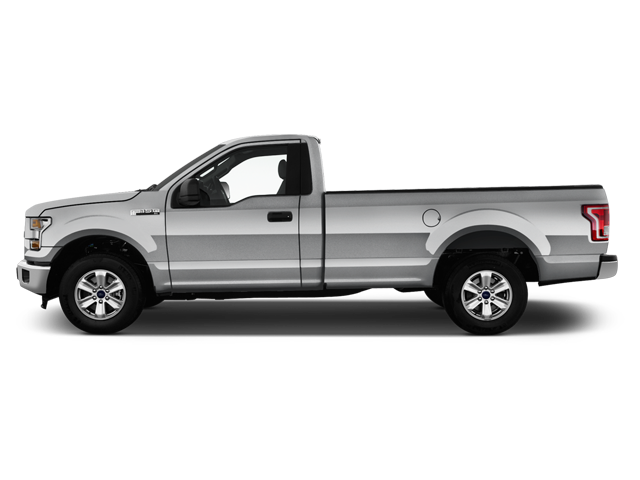 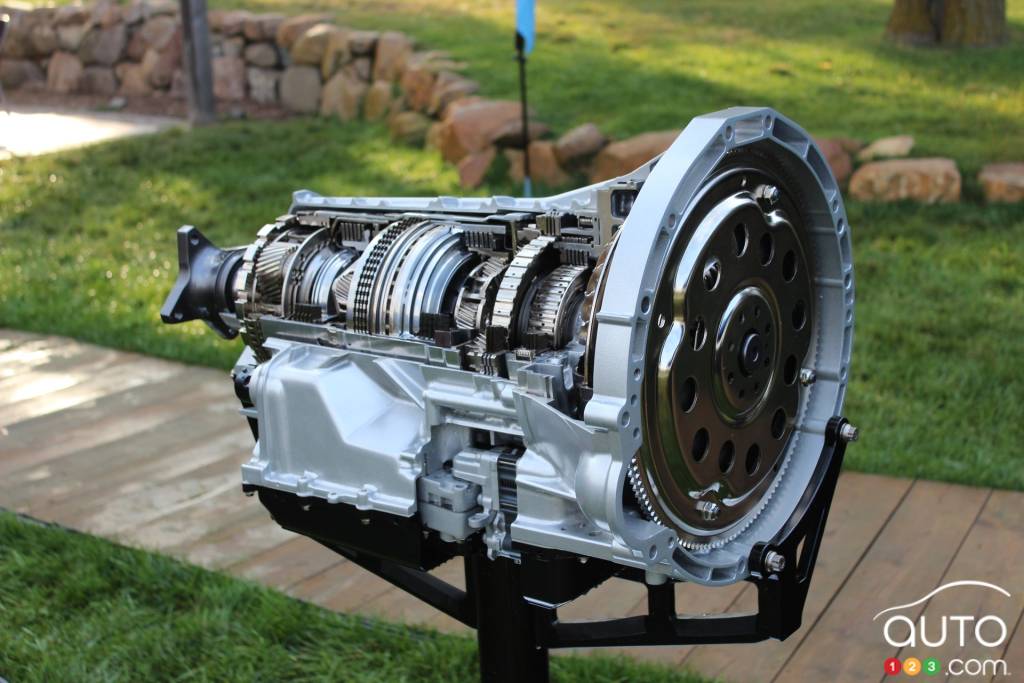 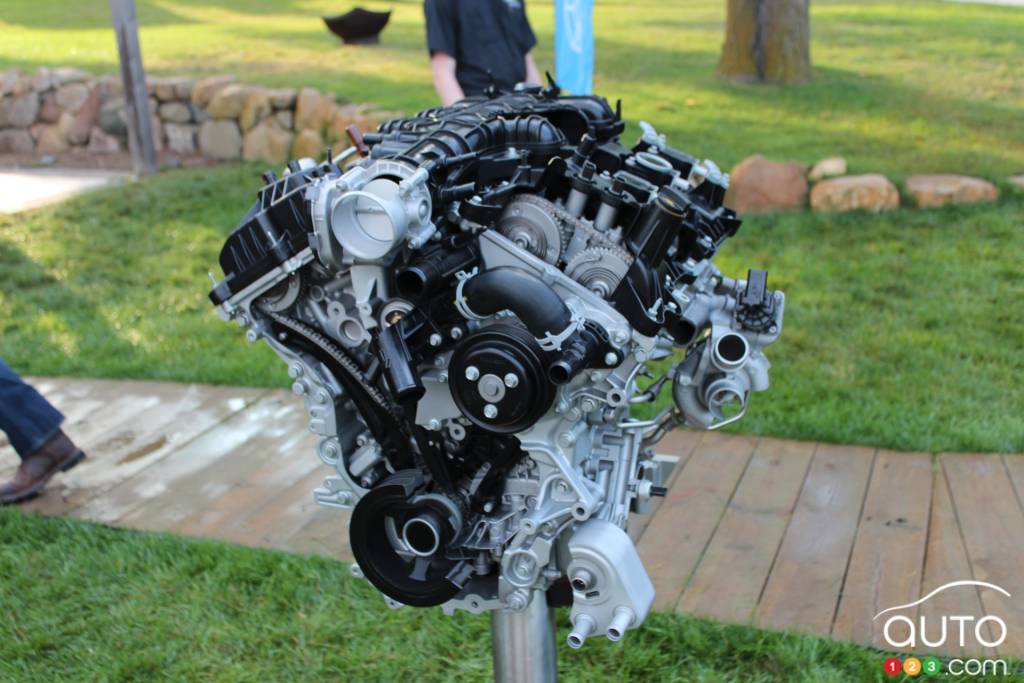 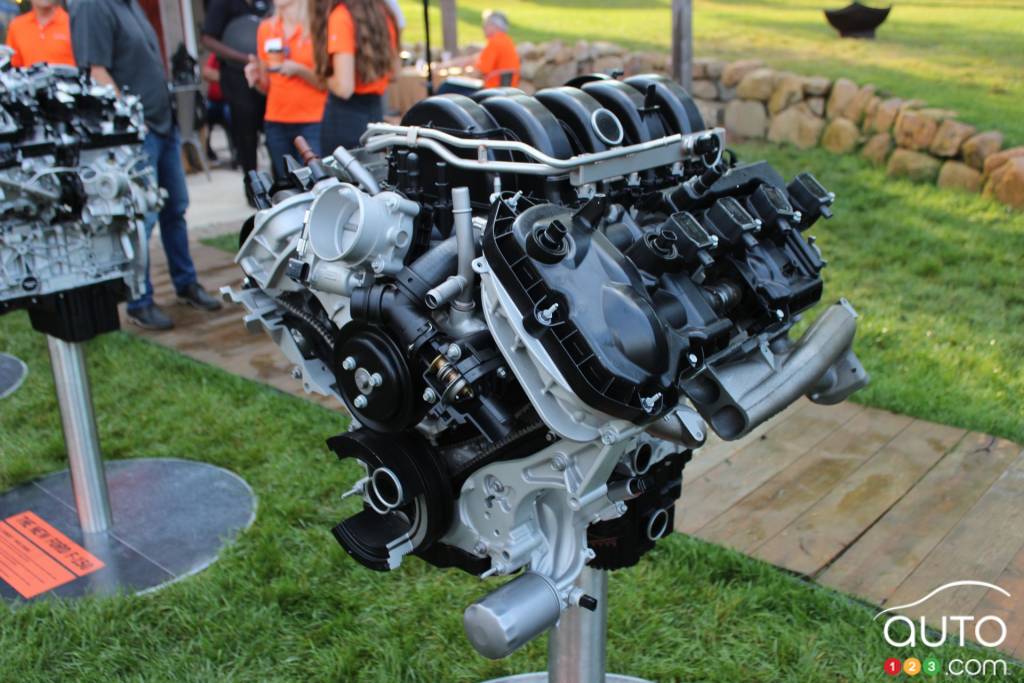 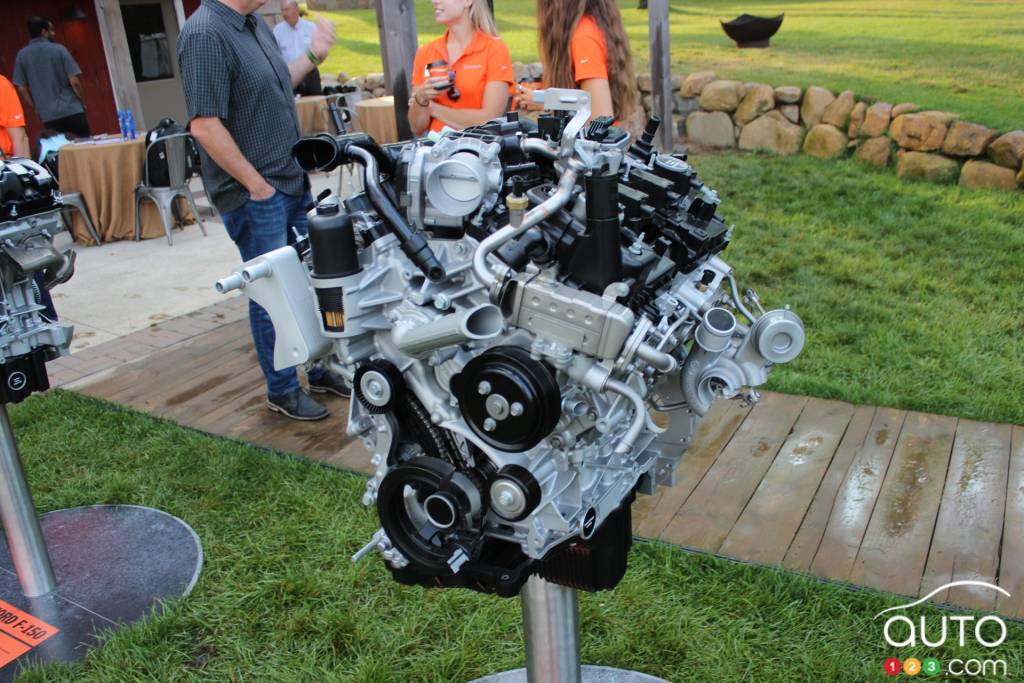